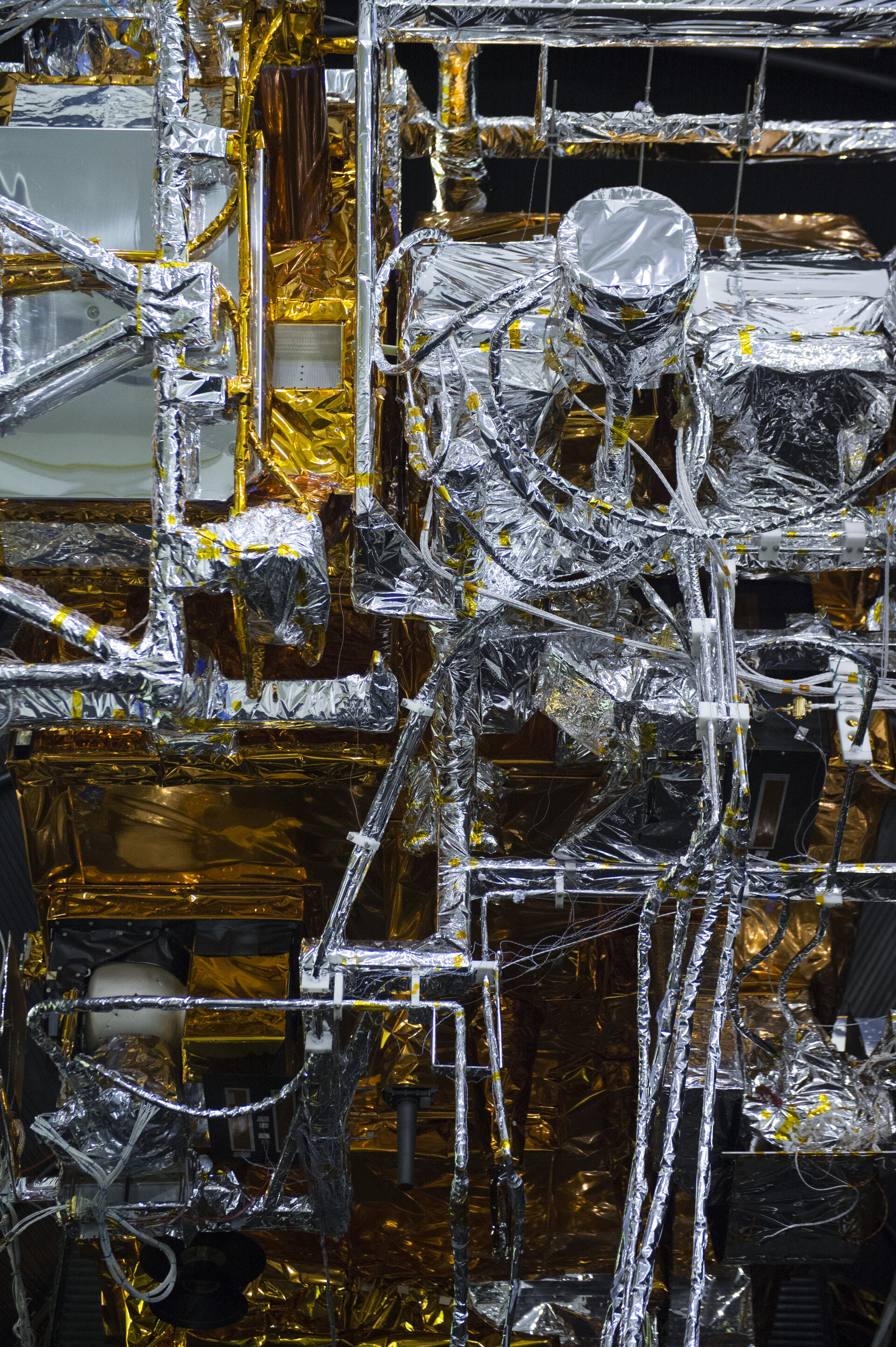 Eleven blackbodies are required in all, their temperatures controlled to within 100–30ºC of absolute zero. Accordingly, a complex structure has been designed to position these blackbodies as close as possible to the instruments, with piping variously supplying liquid nitrogen and helium gas, all covered with multilayer insulation to minimise any thermal effect on the satellite.