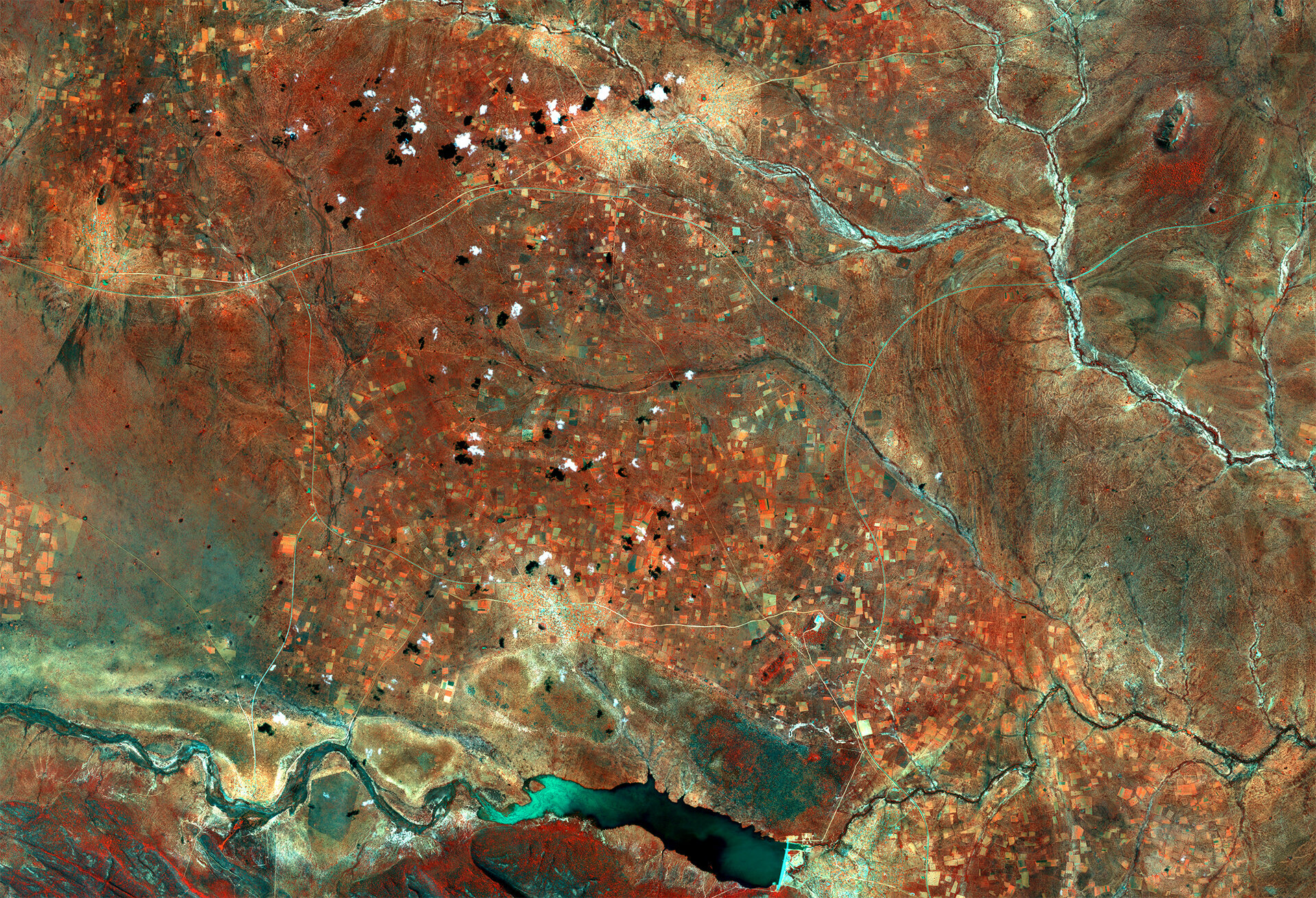 Sentinel-2A takes us over part of Botswana’s Central District in this false-colour image captured on 22 March 2016.

Rivers and roads cut through the landscape, while the bright, circular areas represent villages where the vegetation has been cleared away. Areas of thicker vegetation appear red, such as in the fields or along the bottom of the image in the Tswapong Hills south of the Lotsane River.

On the river we can see a large reservoir with a dam at its eastern end. Completed in 2012, this dam was built to provide drinking water to the local people and irrigate some 250 hectares for a horticultural project. Last month, the dam nearly reached its capacity following seasonal downpours.

The multispectral instrument on the Sentinel-2A satellite can provide measurements of sediment and chlorophyll content of the water and detect changes, and can therefore support the sustainable management of water resources.

The circular structure in the upper-right corner of the image is a crater formed when a meteorite hit Earth up to 180 million years ago. It measures about 3.4 km across.

Sentinel-2 is a two-satellite mission for Europe’s Copernicus environment monitoring programme. The first satellite, Sentinel-2A, has been in orbit since June 2015, and its twin, Sentinel-2B, is set for launch on 7 March.