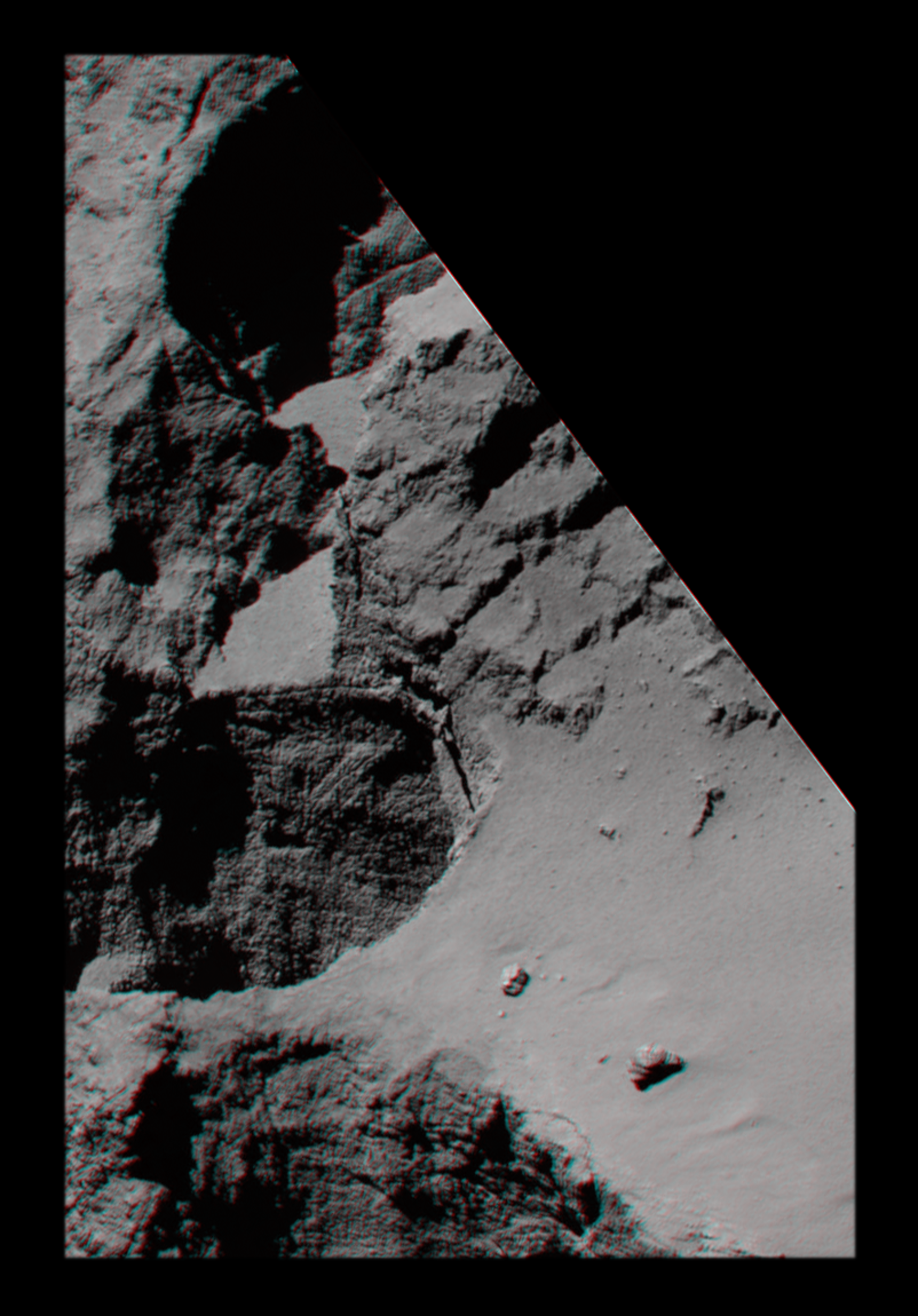 Close-up anaglyph view focusing on the fracture at the top of the Aswan cliff (bottom centre, close to the large boulder), that subsequently fell away on 10 July 2015 (the image shown here was taken on 21 September 2014). The fracture seen here is 70 m long and 1 m wide, and separates an overhanging block 12 m across from the main plateau.

The image also shows the interior walls of an adjacent 220 m-wide, 185 m-deep active pit (left), and the outlines of two smaller pits ‘above’ it.

The image was taken by Rosetta’s OSIRIS camera, approximately 26 km from the surface of Comet 67P/Churyumov–Gerasimenko. The image scale is 0.5 m/pixel.