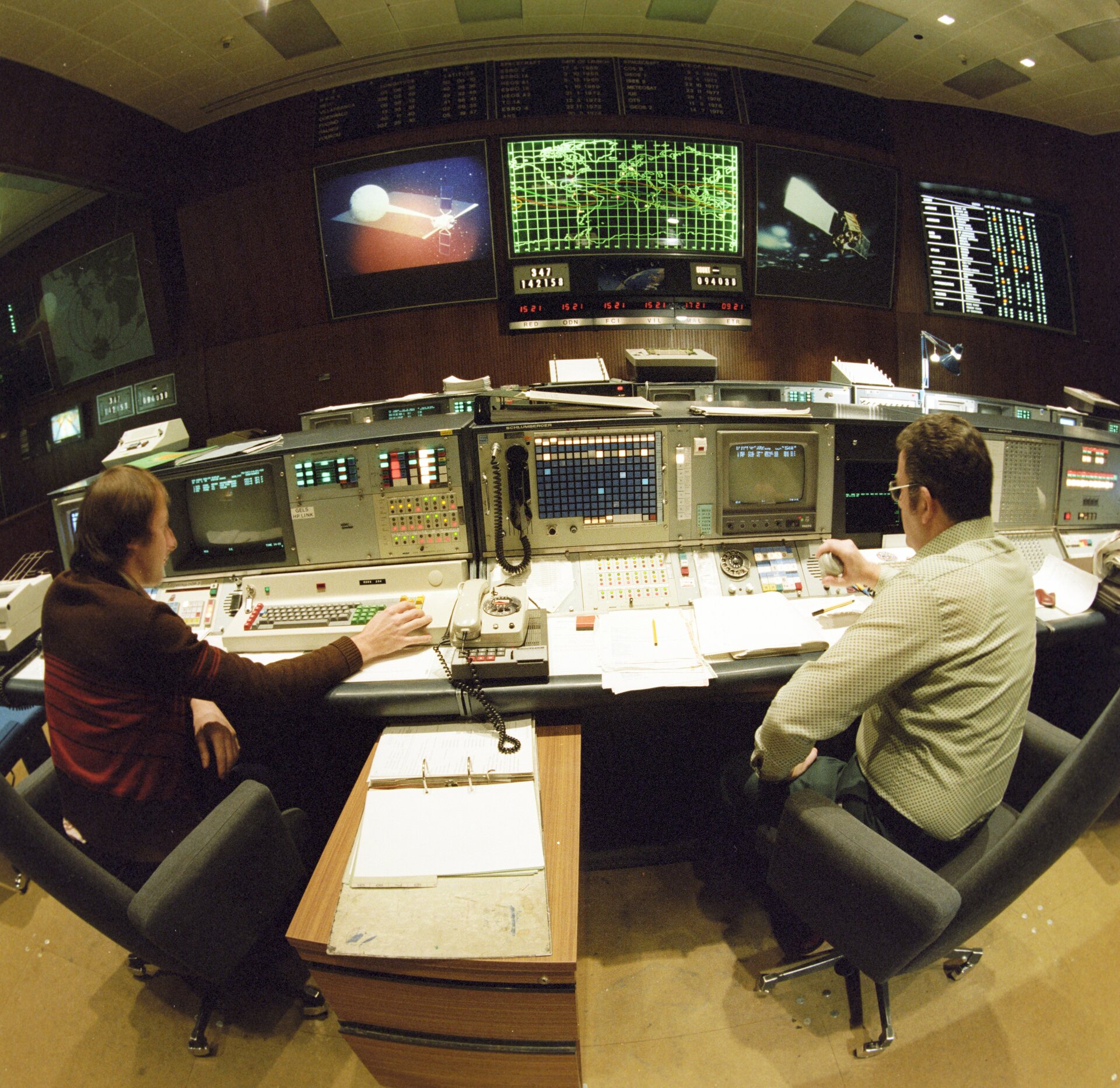 In 2017, ESA’s European Space Operations Centre will celebrate its 50th anniversary, having been inaugurated on 8 September 1967 as part of the European Space Research Organisation (ESRO).

Within months, the centre was controlling its first mission, ESRO-2B , a 74 kg satellite carrying seven instruments to study solar and cosmic radiation and their interaction with Earth and its magnetosphere.

The 1970s were a busy time at the control centre, with the number of missions steadily increasing.

In 1975, ESRO joined with the European Launcher Development Organisation (ELDO) to become the European Space Agency.

Today, teams are operating comprising 18 spacecraft on 11 missions, including Mars Express, Gaia, ExoMars, Sentinel-1 and -2, and CryoSat. Twelve more missions are in preparation for launch in the next few years.