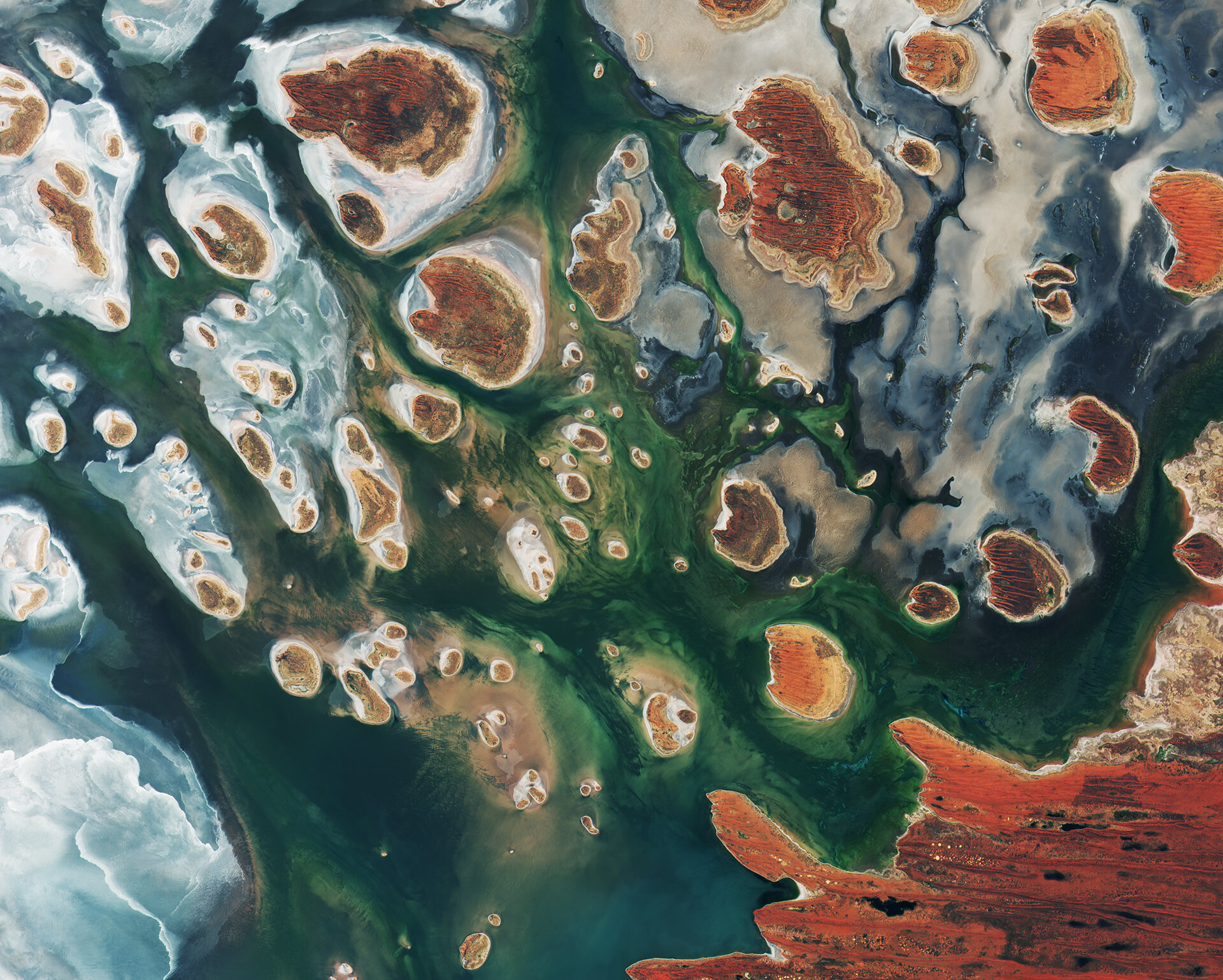 Located on the border of the states of Western Australia and Northern Territory, the salt lake only sees water after seasonal rainfall – if at all. It is classified as an ephemeral lake, meaning it exists only after precipitation. This is not the same as a seasonal lake, which sees water for longer periods.

About half of Australia's rivers drain inland and often end in ephemeral salt lakes.

The greens and blues in this image show desert vegetation or algae, soil moisture and minerals – mainly salt. On some of the brown ‘islands’ and on the shore in the lower right, we can see the east–west sand ridges forming lines in the landscape.

The lake lies at the edge of the Great Sandy Desert, which covers nearly 285 000 sq km. Roads are scarce in the area, and often frequented by four-wheel drive adventurers. Roads include the Canning Stock Route about 300 km to the west of the image, or Tanami Track connecting Australia’s Stuart Highway to the Great Northern Highway around 300 km to the east.

This image, also featured on the Earth from Space video programme, was captured by the Copernicus Sentinel-2B satellite on 15 March.

Although it is still being calibrated following the 7 March launch, the satellite’s main instrument is already delivering images, demonstrating its capability to map Earth’s land, coast and inland water bodies. Once fully operational, the data will be made available to users for a variety of applications, free of charge.