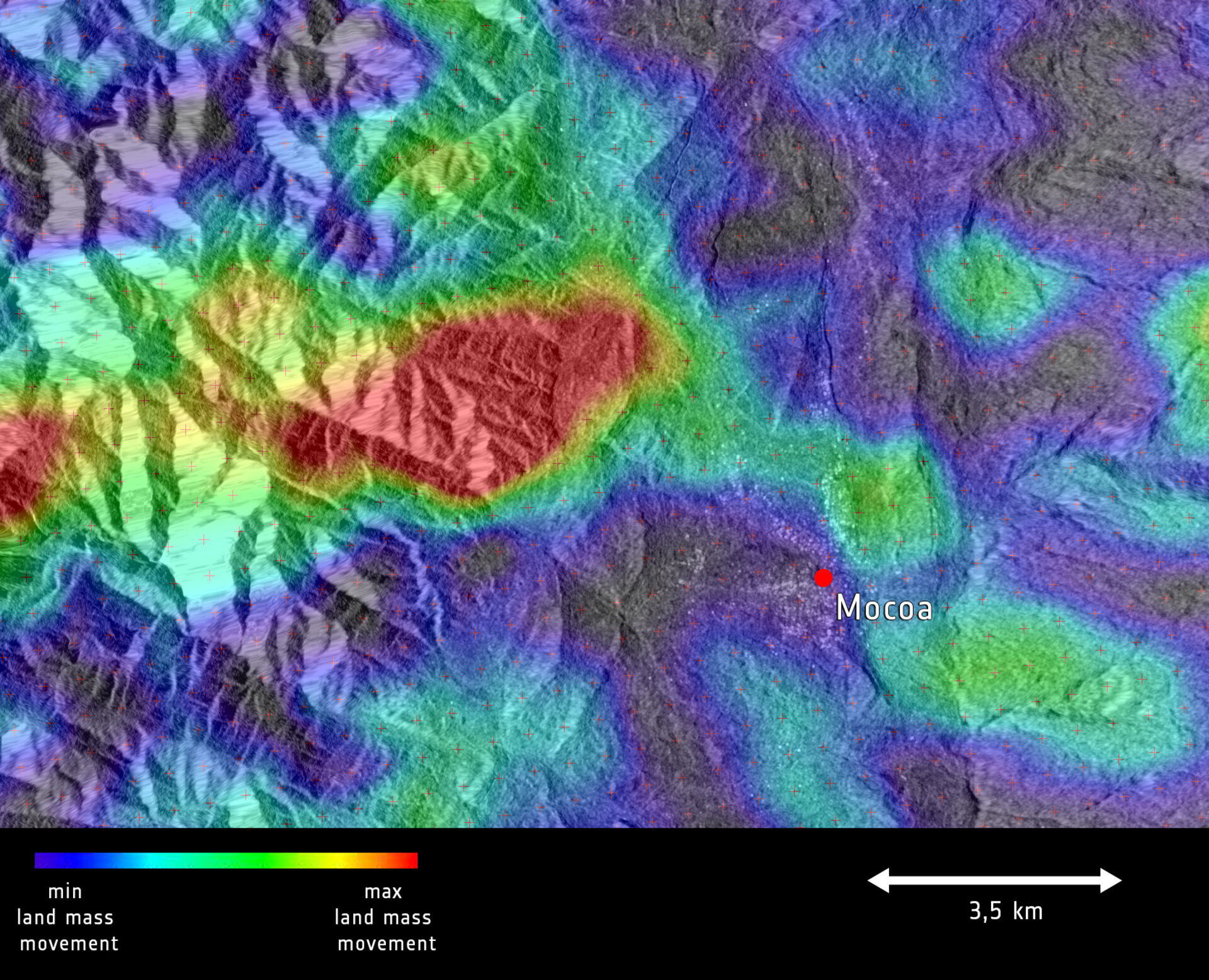 Sentinel-1 radar coverage from before and after the 1 April 2017 mudslide in Mocoa, Colombia, shows the extent of movement of the disaster that claimed over 260 lives, injured hundreds more and left scores displaced.

Triggered by heavy rain, the landslide caused greatest movement (red) on top of a mountain. It then pushed mud down across the city of Mocoa (green) and crossed the nearby river.

Sentinel-1’s radar ability to ‘see’ through clouds, rain and in darkness makes it particularly useful for monitoring areas with frequent cloud cover. Images acquired before and after events such as floods, landslides or earthquakes offer immediate information on the extent of affected areas and support assessments of property and environmental damage.

The Sentinel-1-derived data product (from scans on 20 March and 1 April) has been overlaid onto a Sentinel-1 radar image. Sentinel-1 is a two-satellite mission for Europe’s Copernicus environment monitoring programme.