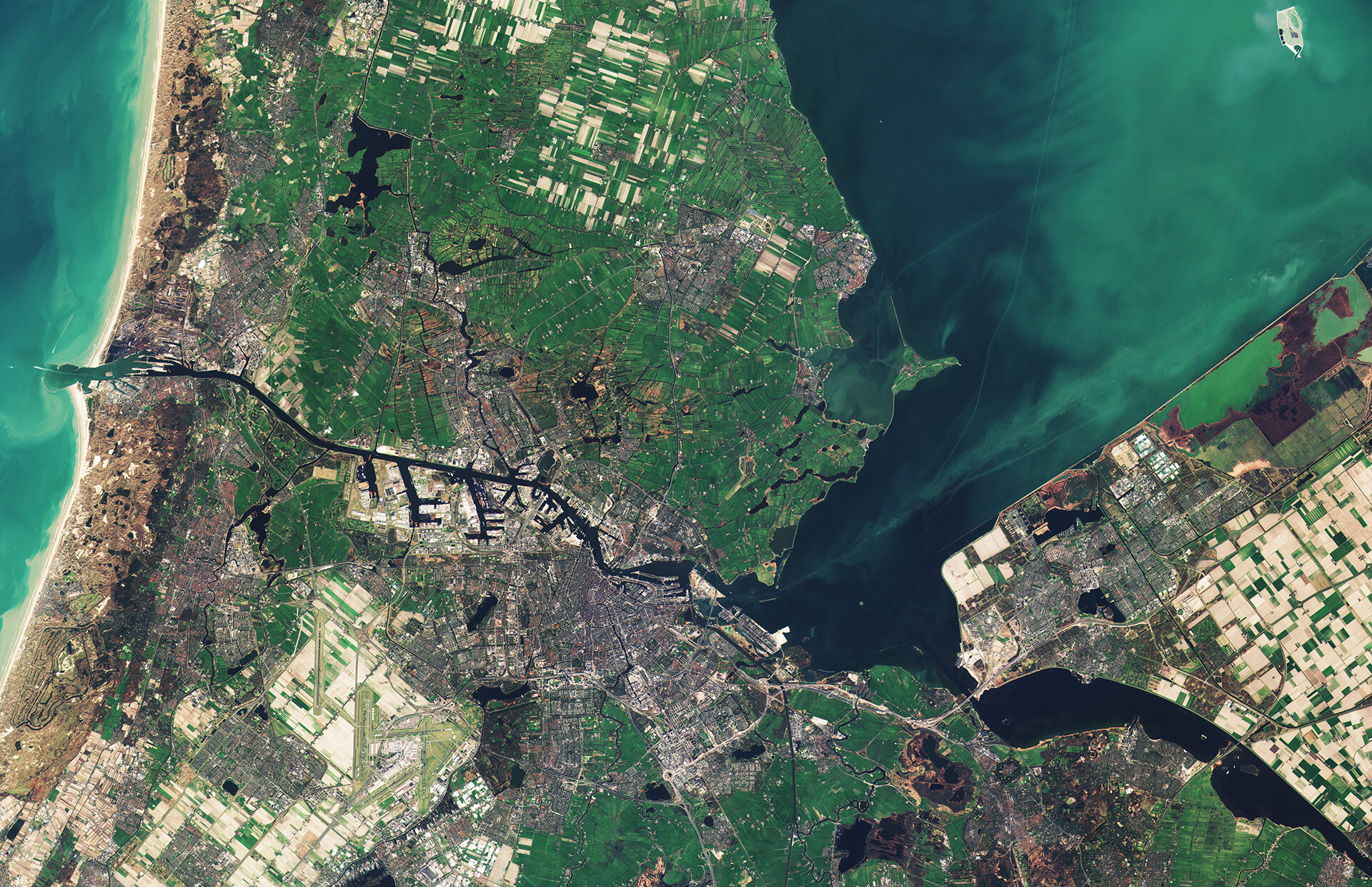 The Copernicus Sentinel-2B satellite takes us over part of the western Netherlands on 16 March, with the capital city of Amsterdam at the centre of the image.

Divided among some 90 islands, Amsterdam has more than 100 km of canals. The city lies about 2 m below sea level – in fact, around a third of the country lies below sea level, making it susceptible to floods. Rising sea waters during periods of bad weather – called storm surges – are kept under control by dams, dikes, floodgates and natural sand dunes.

While we can see the North Sea on the left, the water on the right is part of the Markermeer lake. This area was once a saltwater bay called the Zuiderzee, but was closed off by a dam in the 1930s. The bay was drained in stages and land reclaimed, including Flevoland on the right side of the image – one of the world’s largest artificial islands.

Another relatively recent addition to the Dutch landscape is the neighbourhood of IJburg comprising six artificial islands east of Amsterdam. The first residents moved in only 15 years ago.

Satellites like Sentinel-2 can help to monitor urban expansion. For example, in the upper-right corner we see what looks like an artificial island being built – but this structure is not present in satellite imagery from a year ago.

The meticulously planned landscape seen in most of the image breaks for the coastal dunes along the left. These areas are home to dozens of bird species, as well as deer, squirrels, rabbits and foxes. In one protected area, grazing animals including Highland cattle were introduced to the area.