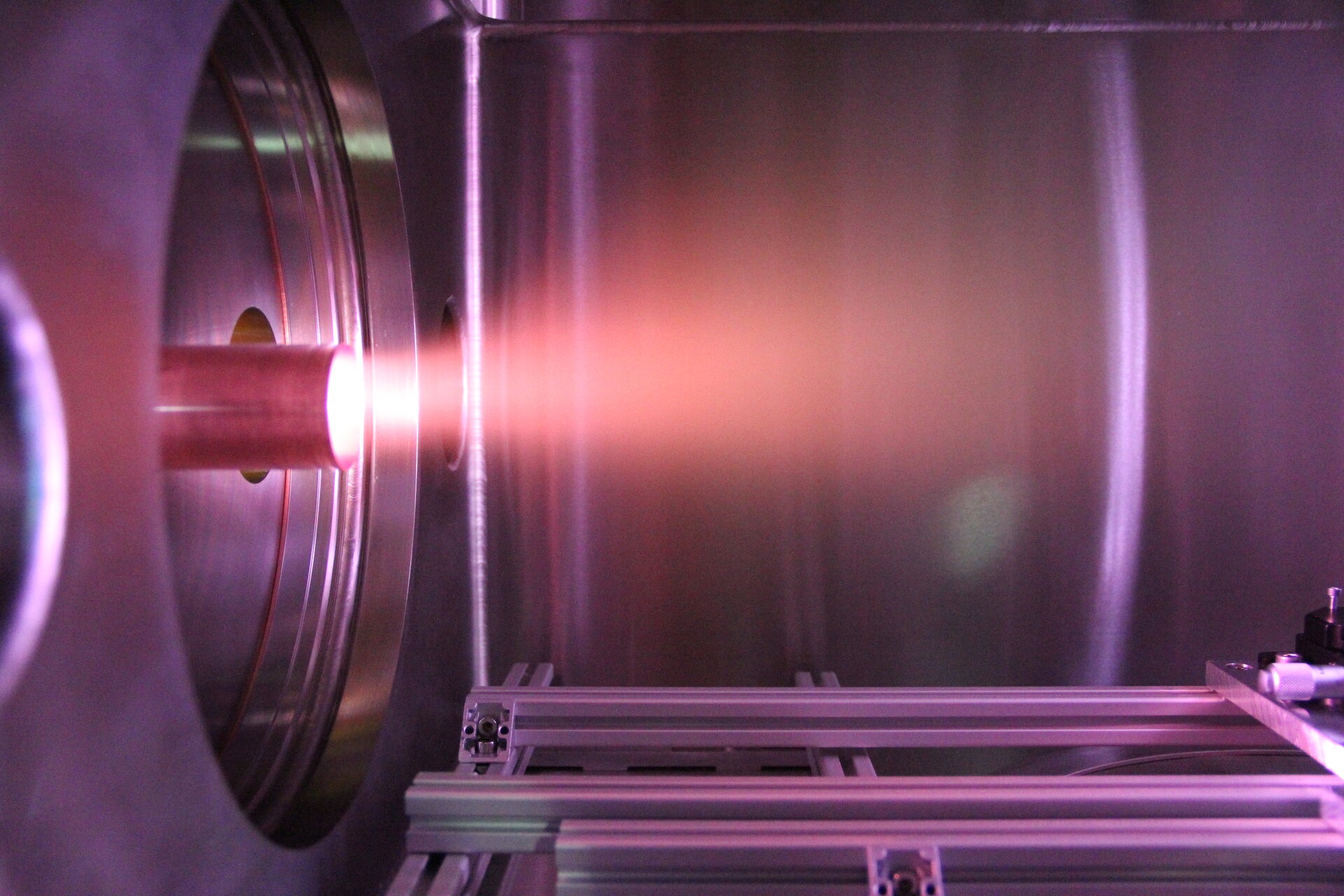 ESA's new LEOX, Low Earth Orbit Facility, being fired for the first time in April 2017. This new simulator that fires a laser to generate ‘atomic oxygen’ normally encountered only in low orbits – and known to eat away at satellite surfaces. LEOX generates atomic oxygen at energy levels that are equivalent to orbital speed – 7.8 km/s – to simulate the space environment as closely as possible. It can also test at a higher flow, saving time and money for testing. Purified molecular oxygen is injected into a vacuum chamber with a pulsing laser beam focused onto it. With a purple flash each time the laser is fired, the oxygen is converted into a hot plasma whose rapid expansion is channelled along a conical nozzle. It then dissociates to form a highly energetic beam of atomic oxygen. The new facility is housed in the Materials and Electrical Components Laboratory, one of a suite of labs at ESA’s technical centre in the Netherlands, devoted to simulating every aspect of the space environment.