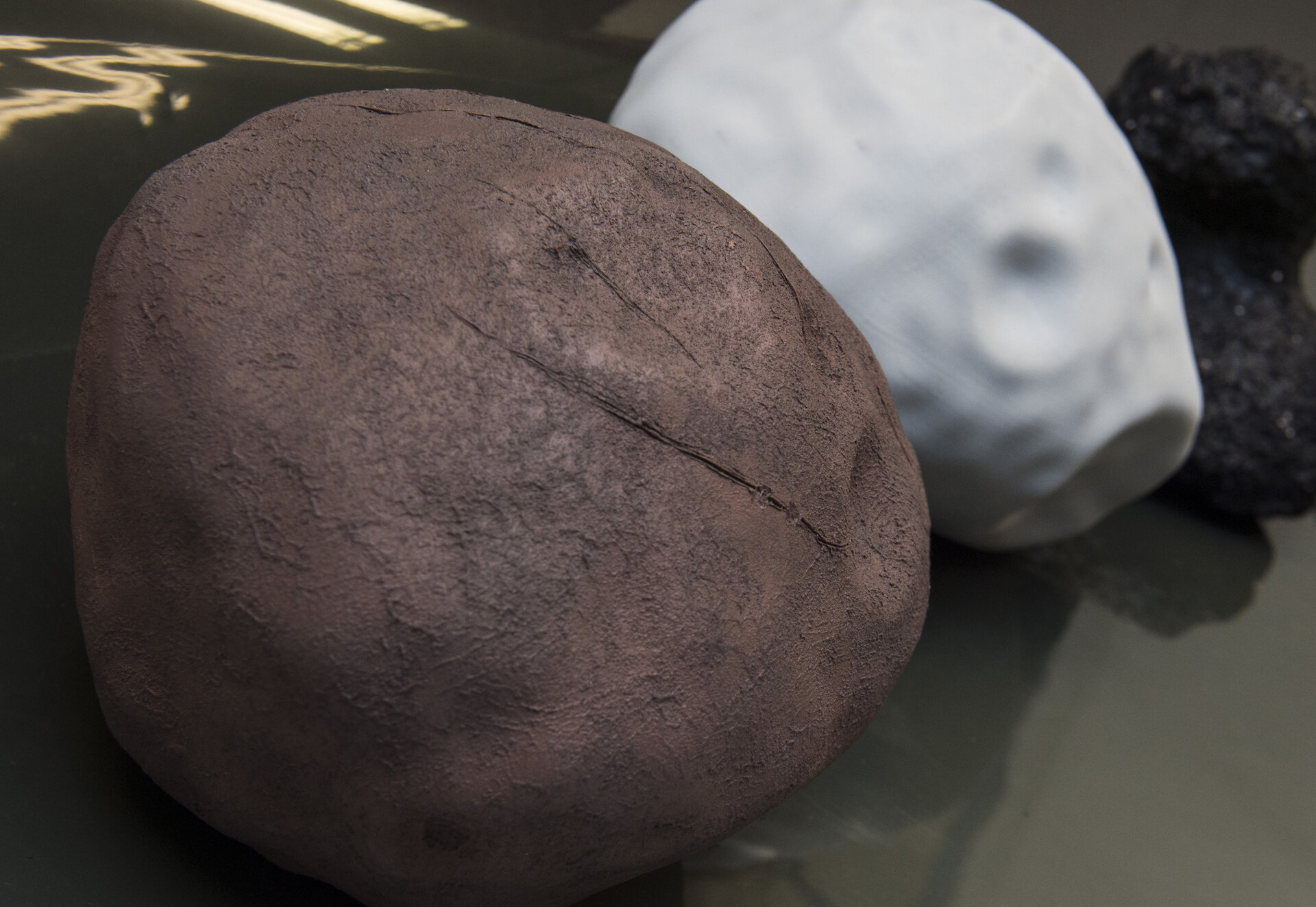 3D-printed scale models of asteroids and other planetary bodies are used for real-life testing of spacecraft navigation and landing systems – martian moon Phobos seen in the foreground here.

“The models are based on accurate digital elevation model data gathered from past space missions,” explains Olivier Dubois-Matra of ESA’s Guidance, Navigation and Control Section.

“We then add colour and surface finishing. Asteroids and comets do tend to be very dark – the images usually seen have been lightened and enhanced to reveal detail.”

Mobile cameras manoeuvre around a model – to give the equivalent of a spacecraft’s eye-view – enabling the real-world testing of guidance and landing software and systems, which are often based on the mapping of surface features.

Such physical testing can be carried out in parallel to virtual testing, such as that carried out using the dedicated ‘Planetary and Asteroid Natural scene Generation Utility’ or Pangu software.

Tomorrow, 30 June, is international Asteroid Day, spreading the word on the tiny bodies that Earth shares space with, as both a scientific resource and a potential danger.