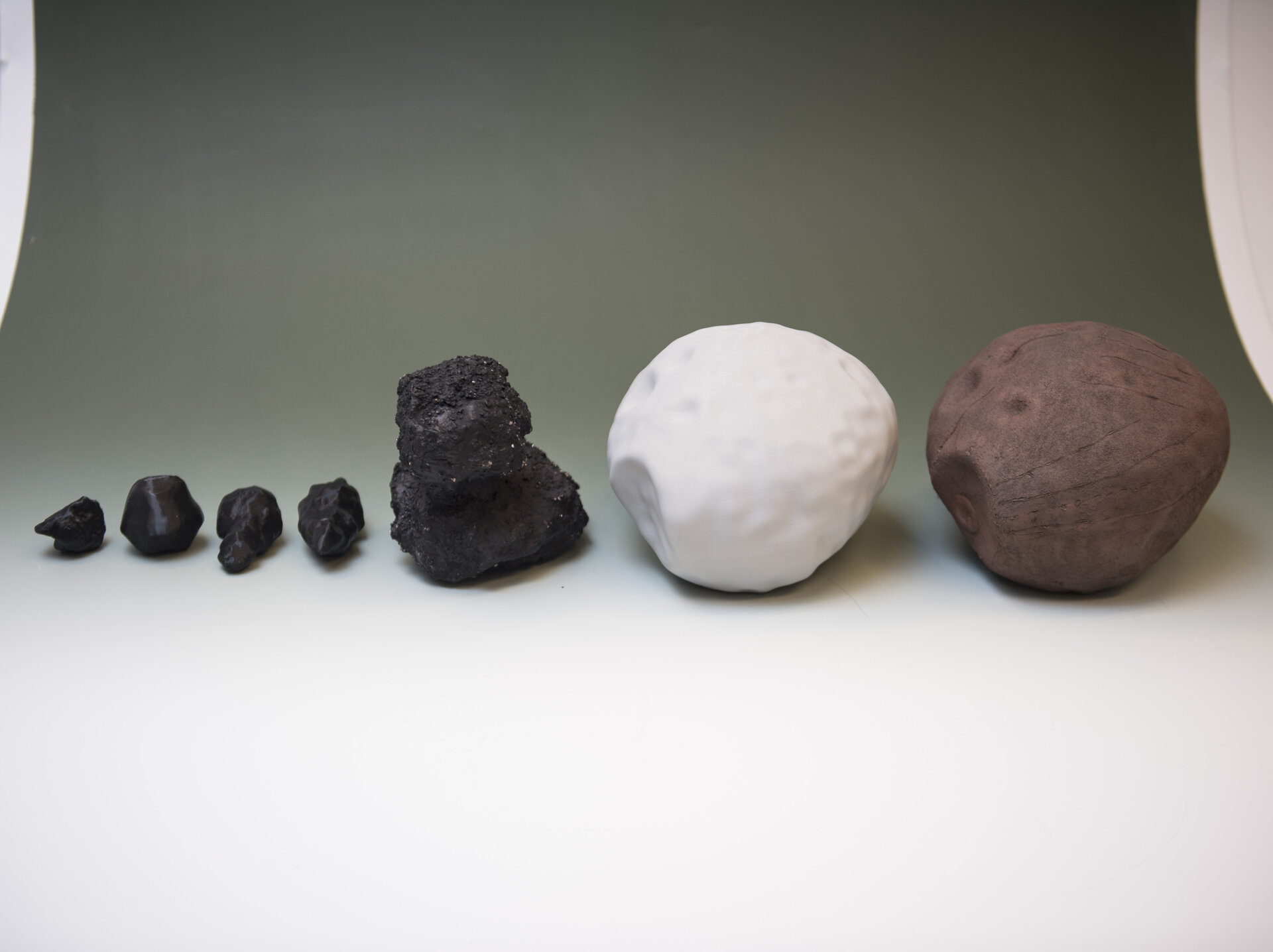 3D printed scale models of asteroids and other planetary bodies are used for real-life testing of spacecraft navigation and landing systems.

Seen from left to right (not shown to accurate scale): the small and then main body of the Didymos binary asteroid system; two models of the 433 Eros asteroid, visited by the NEAR Shoemaker mission in 1998; asteroid (2867) Steins, which Rosetta flew past in 2008; Rosetta’s target comet 67P/Churyumov–Gerasimenko; and two versions of Mars Moon Phobos, the first as originally 3D printed, the second after additional finishing and colouring.

Mobile cameras manoeuvre around a model – to give the equivalent of a spacecraft’s eye-view – enabling the real-world testing of guidance and landing software and systems, which are often based on the mapping of surface features.

Such physical testing can be carried out in parallel to virtual testing, such as that carried out using the dedicated ‘Planetary and Asteroid Natural scene Generation Utility’ or Pangu software.

30 June is international Asteroid Day, spreading the word on the tiny bodies that Earth is sharing space with, as both a scientific resource and a potential danger.