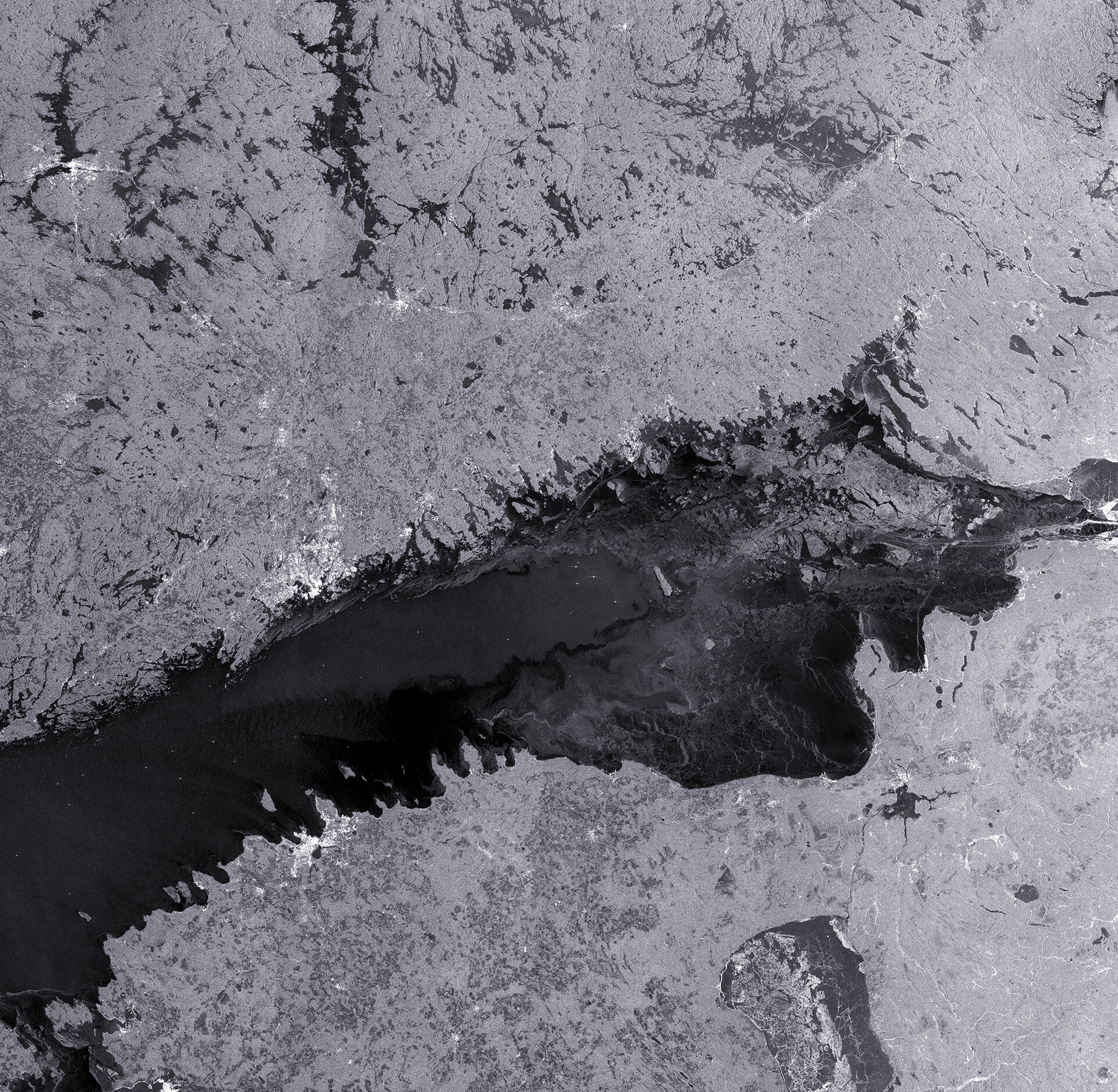 The Copernicus Sentinel-1B satellite brings us over the Gulf of Finland, with part of Finland along the top, Estonia along the bottom and Russia to the right.

The gulf is the eastern arm of the Baltic sea, stretching all the way to St Petersburg in Russia. The waters are relatively shallow, with an average depth of 38 m and a maximum of about 100 m. During winter, the waters freeze until late spring.

Satellites play an important role during this season for shipping, providing information on ice cover and type that helps icebreaker boats navigate through the frozen waters. On the right side of the image, we can see the lines where icebreakers have created straight routes through the icy waters.

In the lower right we can identify another ice-covered body of water: Lake Peipus, straddling the border of Estonia and Russia. Covering over 3550 sq km, it is the largest trans-boundary lake in Europe.

Major cities appear as clusters of bright white radar reflections across the image, such as Tallinn in the lower left and Helsinki on the opposite side if the gulf.

The Fringe workshop on advances in radar science and applications took place this week in Helsinki. The event brought together scientists who work with data like those provided by Sentinel-1 to detect changes on the ground, such as tectonic activity, the ‘breathing’ of active volcanoes or the movements of buildings.

This image, also featured on the Earth from Space video programme, was captured on 8 February 2017.