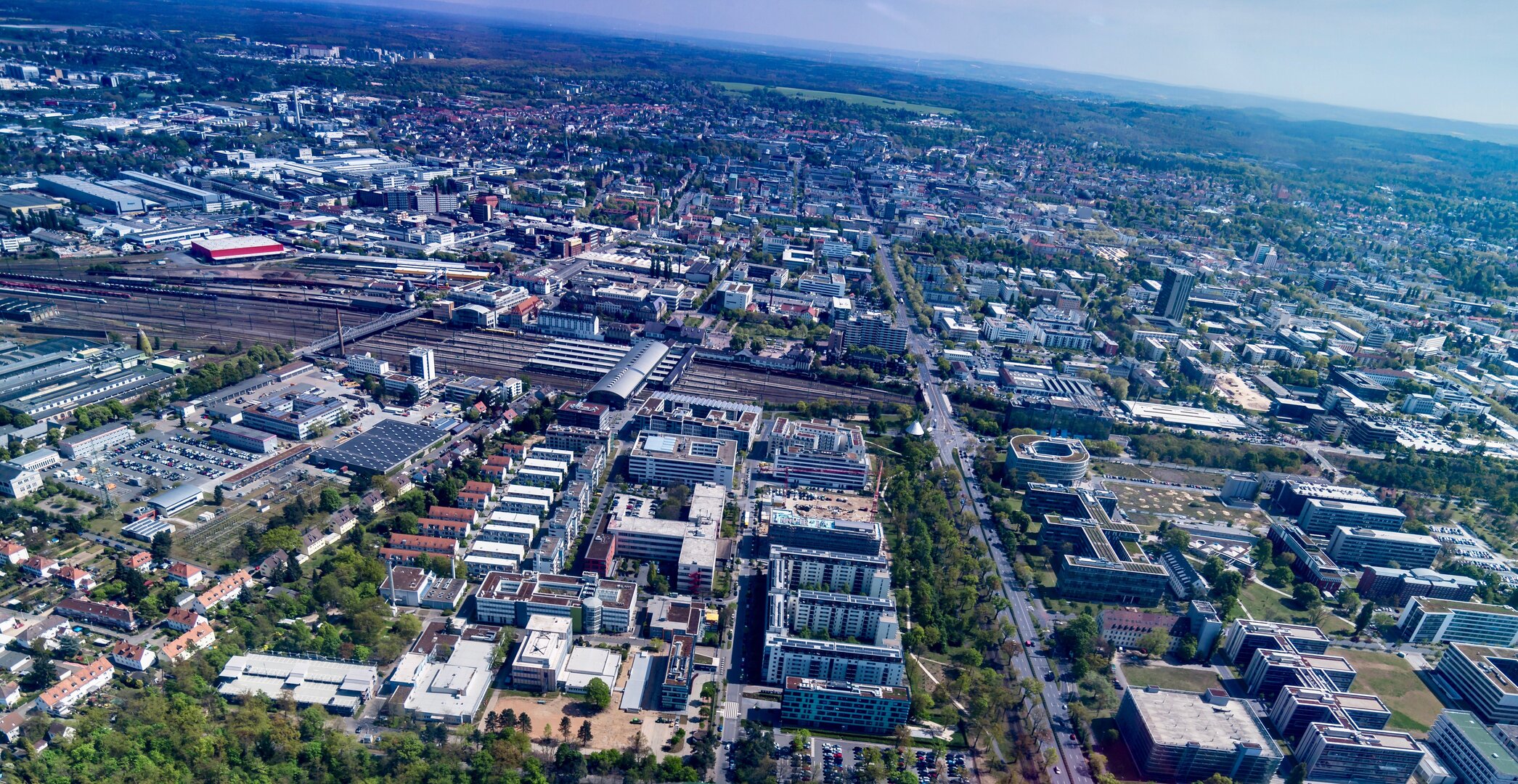 In a beautiful aerial view captured on 17 April 2017, ESA’s mission control can be seen at lower left, sitting on the western edge of the city of Darmstadt, Germany.

In the background, Darmstadt extends to the east, giving way to the forests and farms of the Odenwald region, part of the Bergstrasse-Odenwald Geopark.

The 3500 sq km Geopark provides a unique window into 500 million years of Earth history. It is bounded just to the north of Darmstadt by the UNESCO world heritage Messel Pit fossil site.

This photo is part of a series taken by the Photo Club working with the ESA Aviators Club to celebrate the 50th anniversary of the control centre.

Since 1967, more than 70 satellites belonging to ESA and its partners have been flown from this European Space Operations Centre. Currently, 11 missions comprising 18 satellites are under control, with almost a dozen more in preparation.

The centre is home to the engineering teams that control satellites, manage ESA’s global tracking station network, and design and build the systems on the ground that support missions.

As part of this year’s celebration of five decades’ service, the centre will open its doors on 8 September for the Long Night of the Stars (more information and tickets).