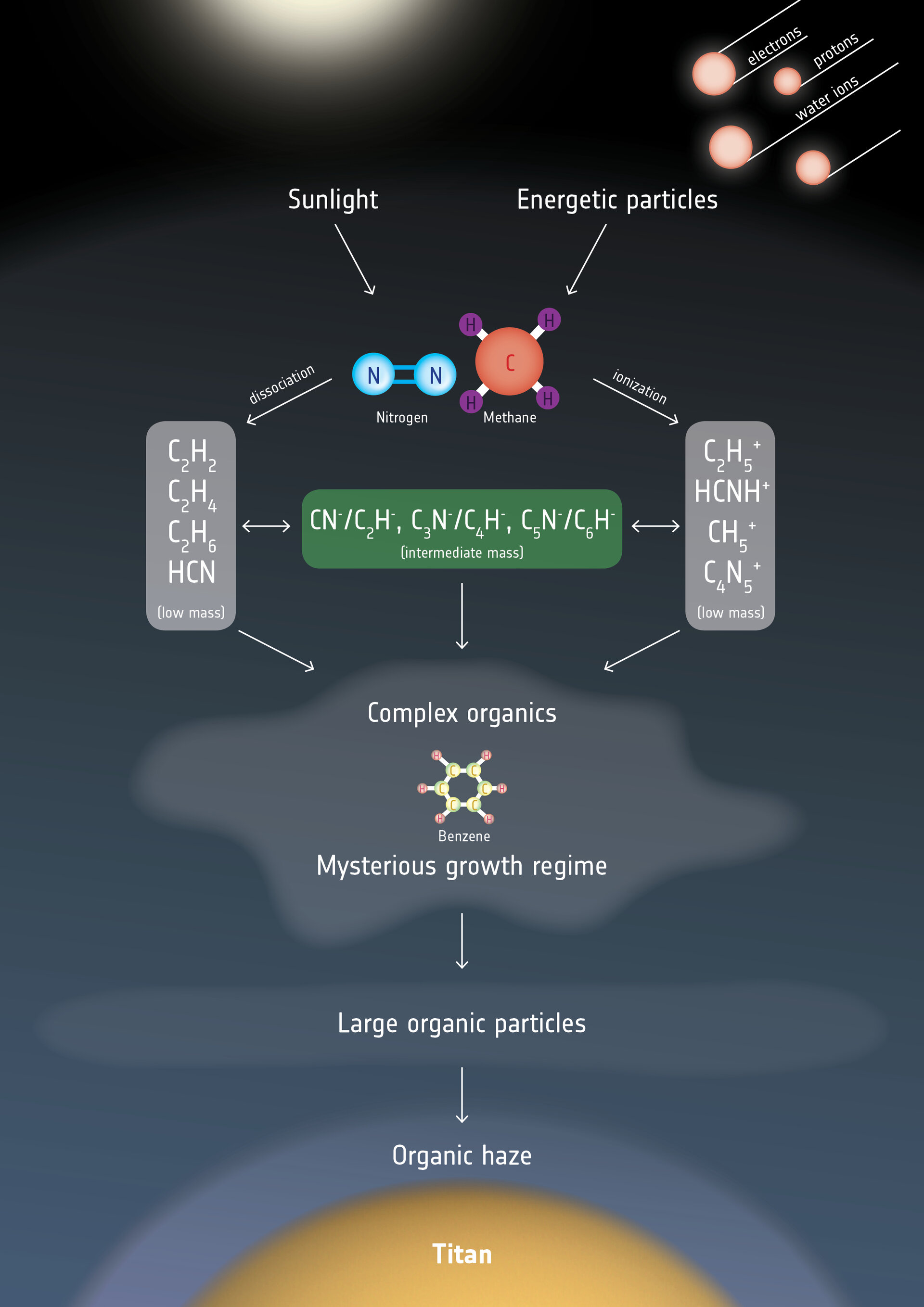 Graphic depicting some of the chemical reactions taking place in Titan’s atmosphere that lead to the generation of organic haze particles.

In the upper atmosphere, the nitrogen and methane are exposed to energy from sunlight and energetic particles in Saturn’s magnetosphere. The energy sources drive reactions involving nitrogen, hydrogen and carbon, generating a ‘soup’ of progressively more complicated compounds. These include the newly identified, negatively charged carbon chain anions (highlighted in the green box), and eventually ring-type molecules such as benzene, although the processes in this region are hard to explore.

The carbon chains are thought to be a vital stepping-stone in the production line of growing the bigger and more complex organic molecules that drift down to create Titan’s iconic haze, and which are the building blocks towards more complex molecules that may act as the basis for the earliest forms of life.

More information: Has Cassini found a universal driver for prebiotic chemistry at Titan?

(This graphic is based on an earlier version first published in 2007 by Southwest Research Institute and in Waite et al.)