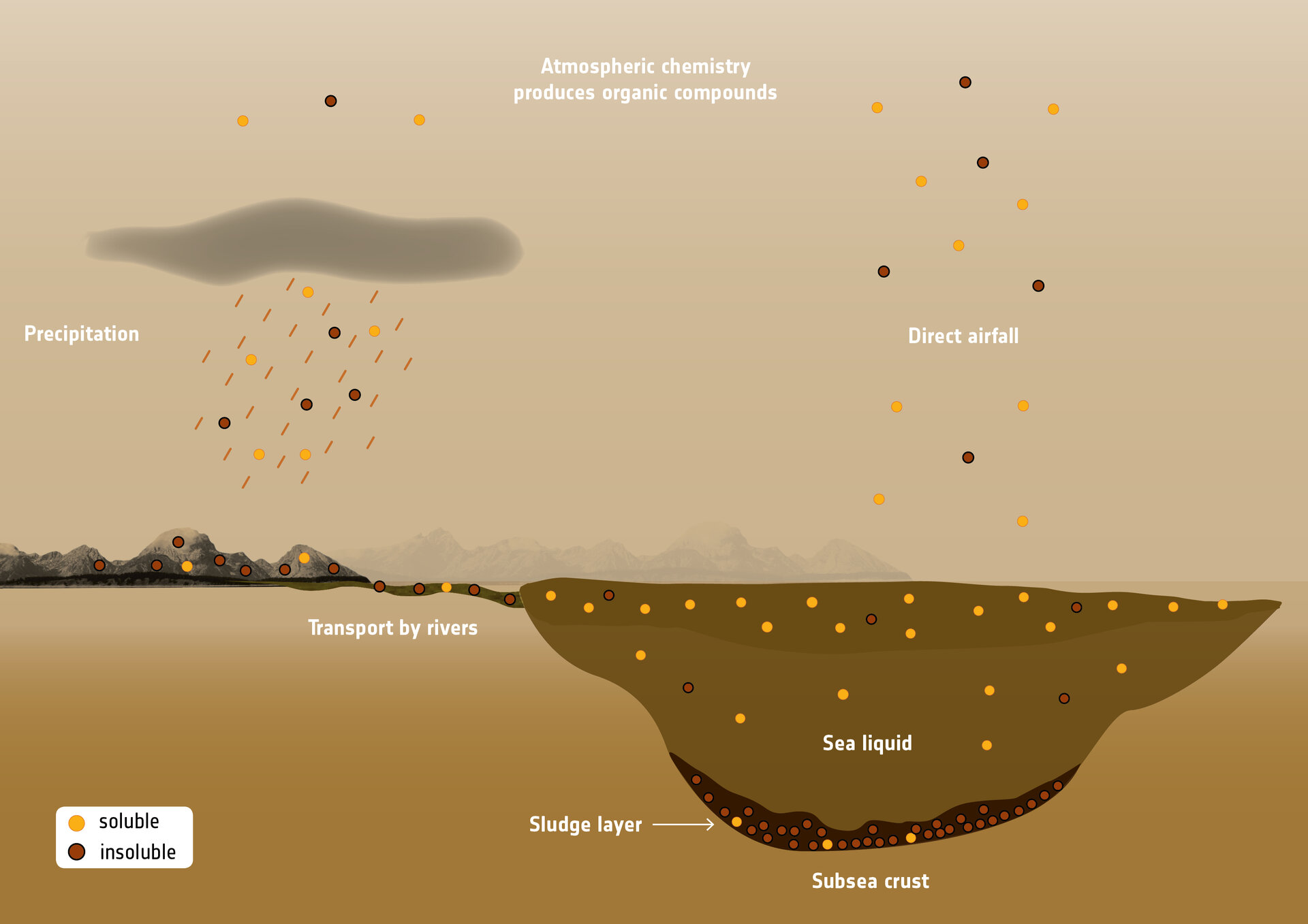 How different organic compounds make their way to the seas and lakes on Titan, the largest moon of Saturn.

A recent study revealed that Ligeia Mare, one of Titan’s three seas, consists of pure methane and has a seabed covered by sludge of organic-rich material.

In the atmosphere of Titan, nitrogen and methane react to produce a wealth of organic molecules. Scientists believe that the heaviest of these molecules fall to the surface. When they reach the sea, either by directly falling from the air, via rain, or through the rivers, some are dissolved in the liquid methane (shown in yellow), while the insoluble ones – such as nitriles and benzene, shown in brown – sink to the sea floor.

Full story: Profile of a methane sea on Titan