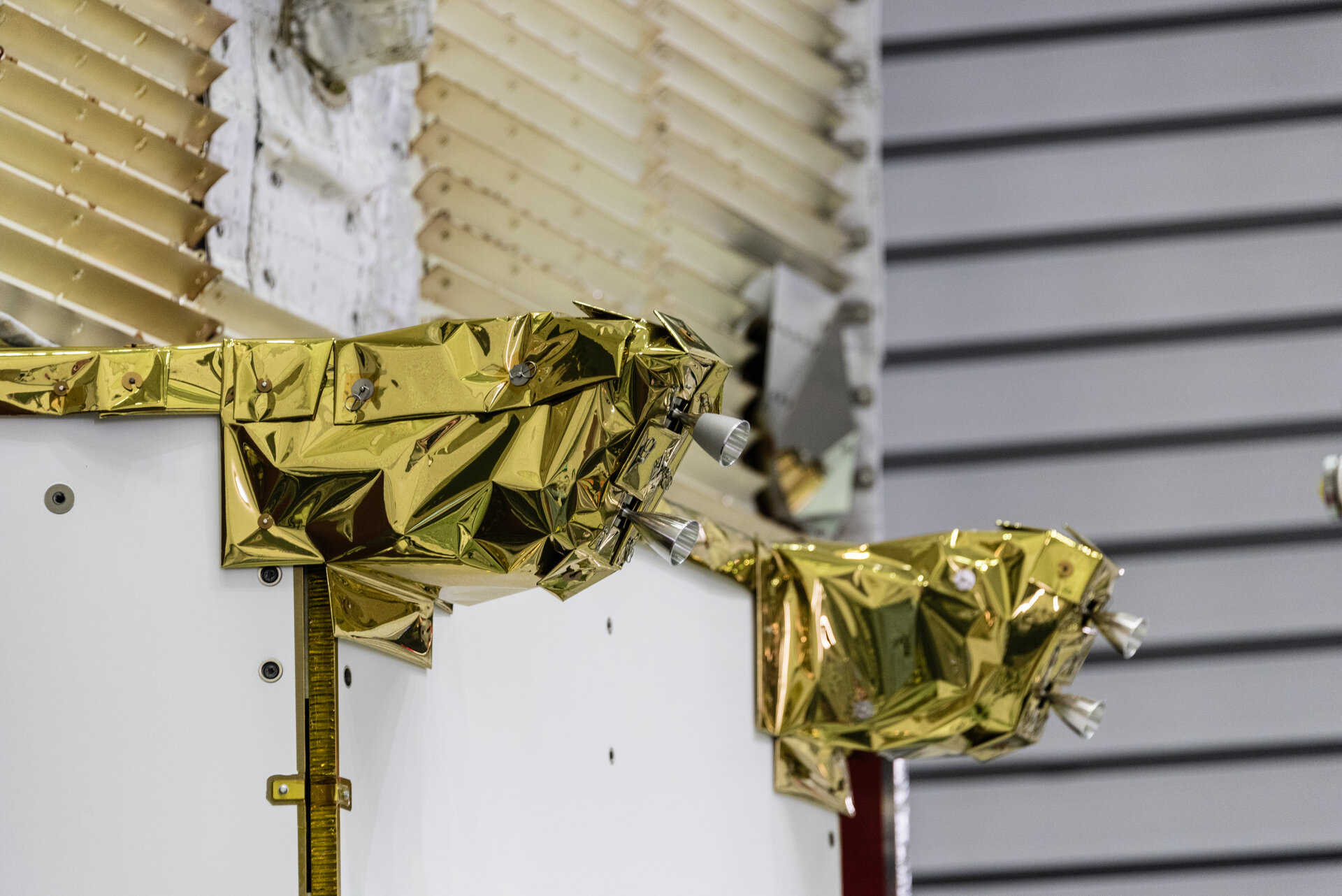 Close-up of a set of thrusters on the BepiColombo Mercury Transfer Module (MTM) that will carry the two science orbiters – the Mercury Planetary Orbiter (MPO) and the Mercury Magnetospheric Orbiter – to the innermost planet.

The image focuses on an upper set of 10 N bipropellant thrusters located on the side of the spacecraft that will usually point away from the Sun. They are part of the chemical propulsion system used for general attitude control. The MTM has 24 bipropellant thrusters in total (12 pairs, with one redundant in each set).

The gold-coloured material, while not actually gold, is a low-mass heat-resistant film known as Upilex-S/VDA. The metallic appearance is due to ‘vacuum-deposited aluminium’ on its inner surface.

The radiator panel of the MPO is visible above the thrusters.