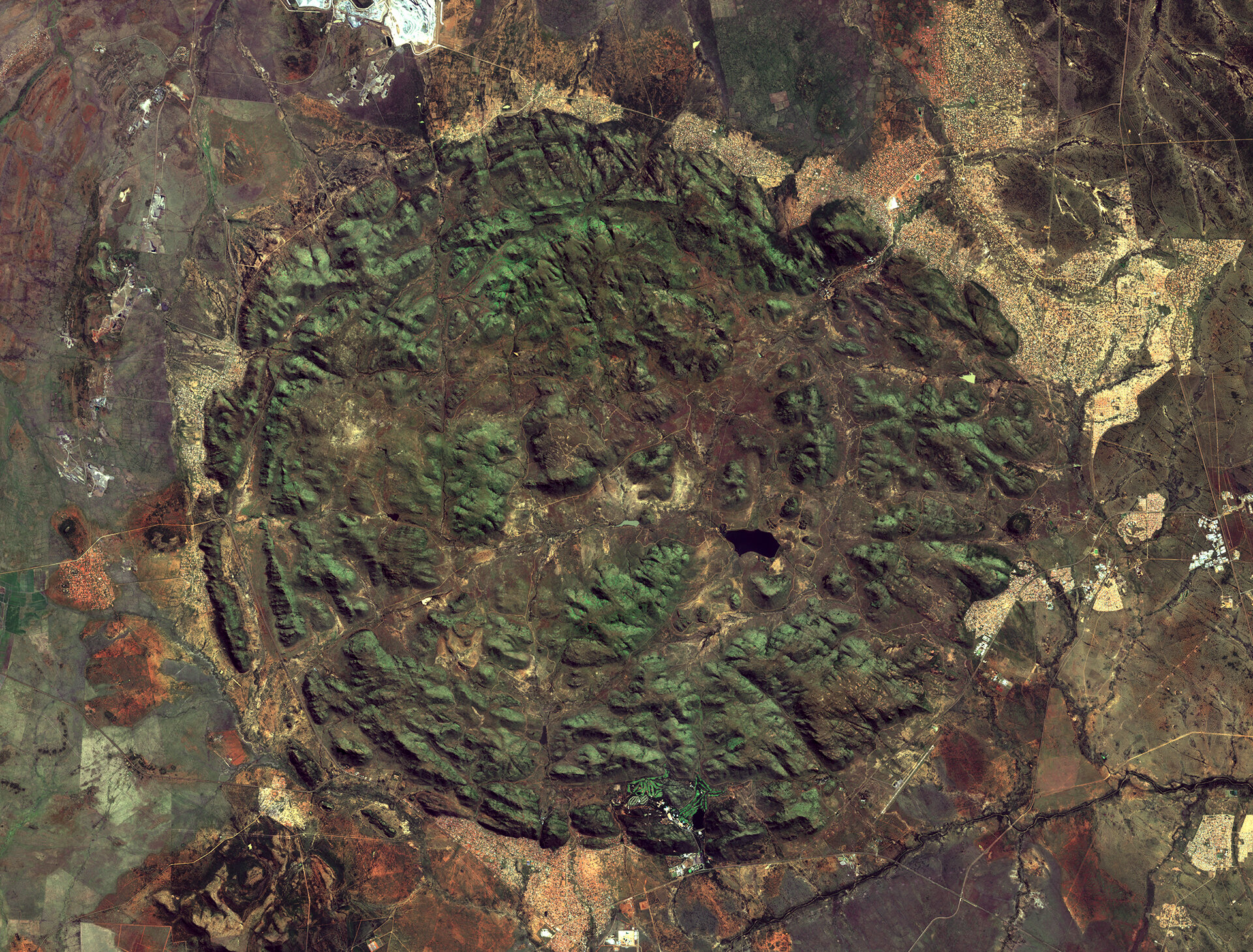 The circular structure dominating this Sentinel-2 image is Pilanesberg, the result of geological activity over more than a billion years. Once a massive volcanic complex towering over 7000 m tall, millions of years of erosion have shaped the landscape to what it is today: concentric rings of hills rising from the surrounding plain, with a diameter of some 25 km.

A greater part of Pilanesberg is a protected game reserve and home to the ‘big five’: lion, elephant, Cape buffalo, rhinoceros and leopard. Other animals include cheetahs, zebras, giraffes and over 360 species of birds.

Within the circular structure we can see a few bodies of water, the largest being Mankwe near the centre. Before this area was a reserve, farmers built that dam to create this lake, but today it attracts tourists looking to spot wildlife.

The land outside Pilanesberg is speckled by infrastructure such as buildings, roads and even a football stadium (upper right).

South Africa is the world’s leading platinum producer, and a number of mines surround the park – such as the bright area at the top of the image, or square area at the bottom.

This image, also featured on the Earth from Space video programme, was captured by the Copernicus Sentinel-2B satellite on 18 May 2017.