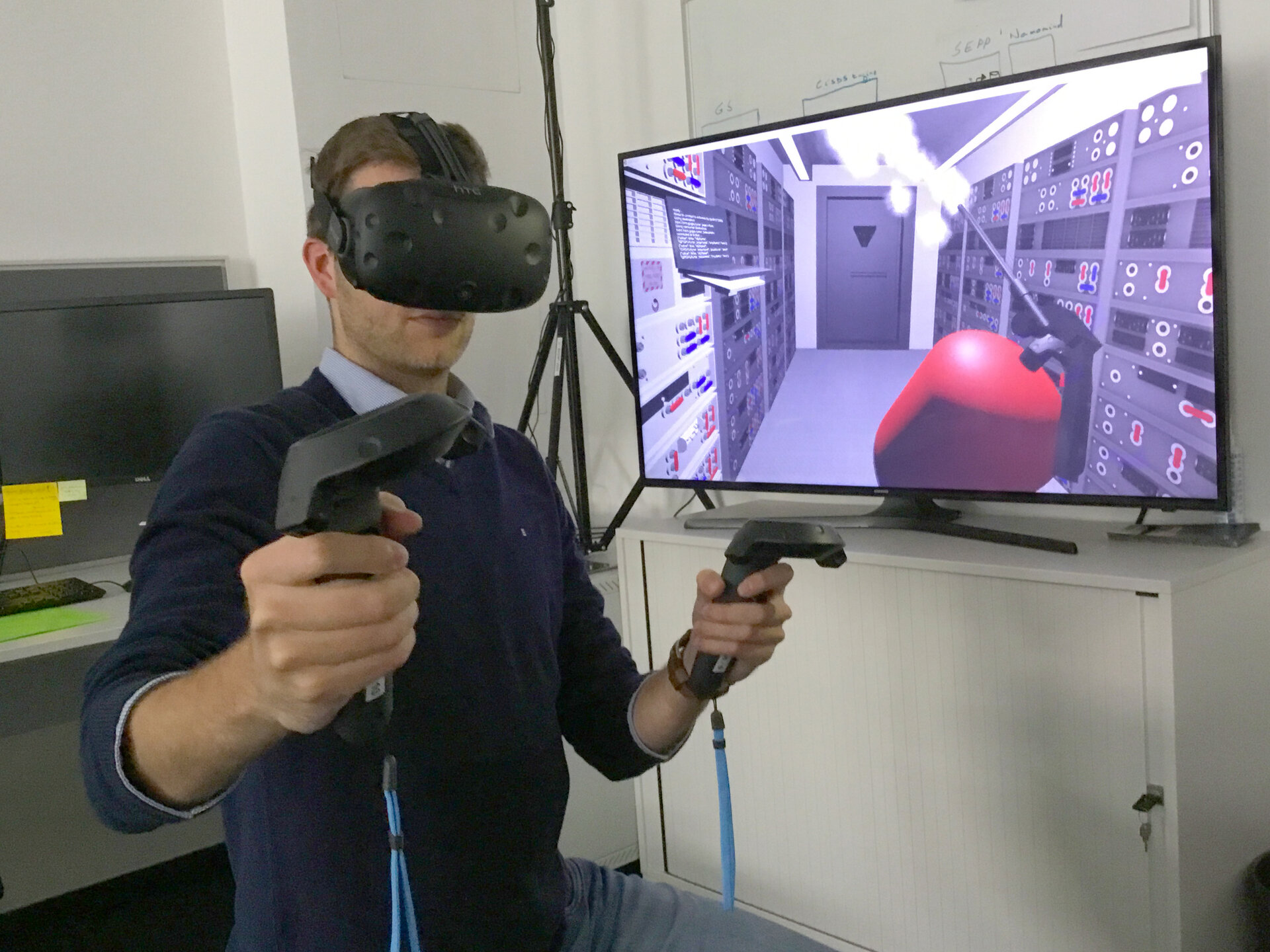 A team of researchers at ESA’s mission control centre in Darmstadt, Germany, are investigating new concepts for controlling rovers on a planet and satellites in orbit.

One approach is to assess the latest developments in augmented and virtual reality and how they can be applied to the stringent operational and safety requirements of spaceflight, both robotic and human.

“In one case, we are looking into emerging technologies such as virtual and augmented reality, working together with colleagues from ESA’s European Astronaut Centre in Cologne,” says Mehran Sarkarati.

“In particular, we are developing prototypes in astronaut operations and training while identifying scenarios for interactive spacecraft and robotic control.”

In this image, Steffen Bamfaste, a data systems engineer, demonstrates how astronauts might train in future to extinguish a fire inside a lunar habitat.

Today, engineers must upload a stack of commands to instruct a satellite to adjust its orbit or a rover to switch one of its onboard devices on or off, for example.

In future, perhaps they’ll do this with a simple wave of a hand.