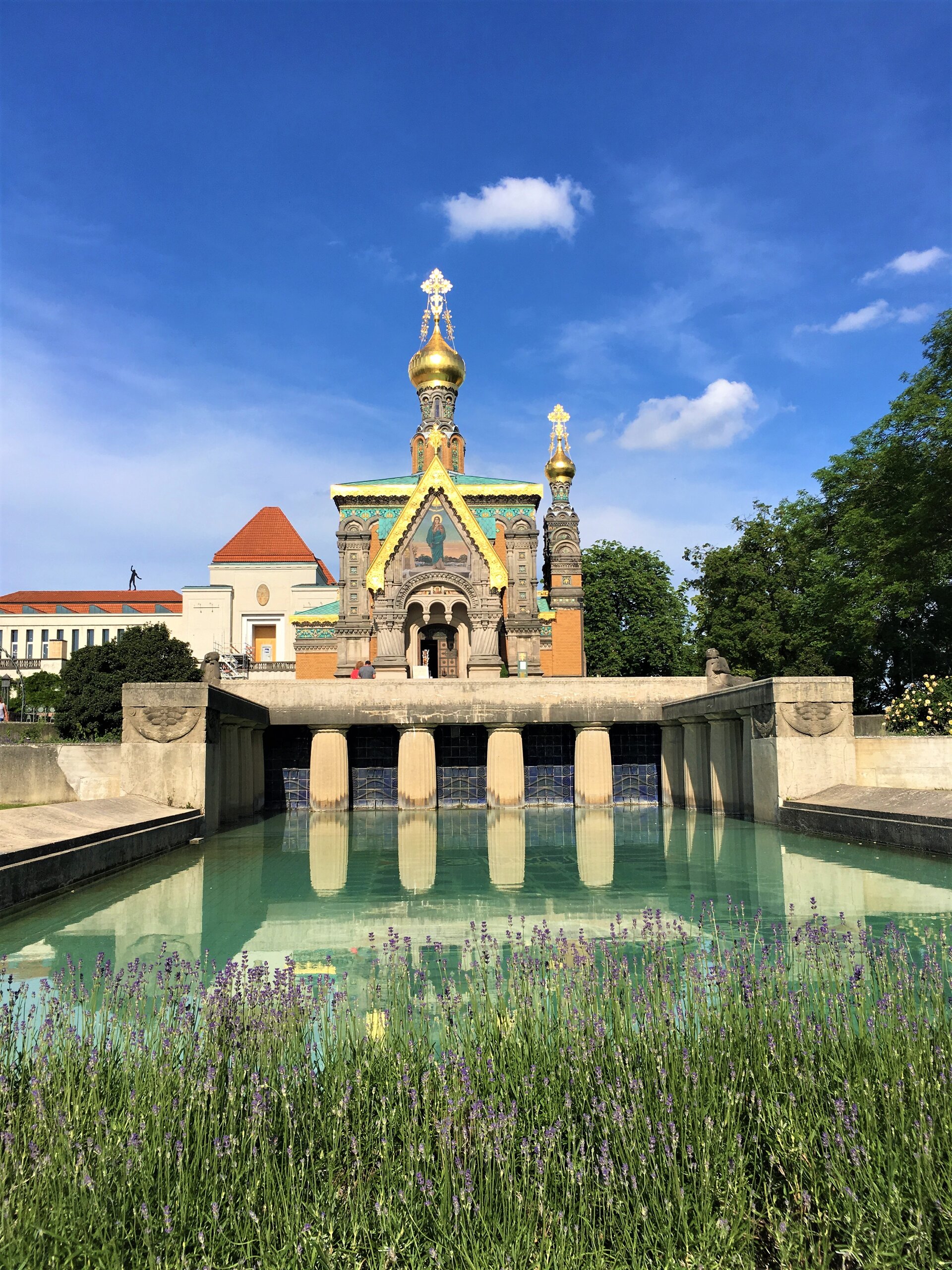 What do you get if you cross a space agency with a city? A space-inspired, intelligent, digital city!

On 13 June, ESA’s ESOC Operations Centre and its host city, Darmstadt, the 'City of Science', signed a letter of intent, putting on paper their plans to enhance and develop the digital competence of the city.

With a population of about 157 000, Darmstadt is home to many major scientific and technical institutions as well as important architectural landmarks – the photo here shows its Russian orthodox chapel built between 1897-1899.

In 2017, Darmstadt was dubbed a “Digital City” after winning the Bitkom Digital City Competition, due to the implementation of technologies such as smart traffic management, intelligent street lights and waste bins, digital assistance in emergencies and operations on cancer patients assisted by augmented reality.

Now, ESA is bringing its decades of expertise in mission operations to the streets of Darmstadt, including satellite control, satellite data, data analysis and applications of virtual and augmented reality.

The city and the space agency have agreed to cooperate to enhance information exchange, and to identify and implement projects that advance the digitisation of Darmstadt.

After initial discussions, the two have identified the following as concrete areas that are relevant for further elaboration:

— Artificial Intelligence developed in the area of satellite control by ESA’s mission control, and provision of the corresponding spin-off infrastructure, which could be used in the areas of smart traffic, smart waste, security and support for people in need.

— An environmental sensor network taking ground-based measurements, along with data analysis, to be correlated with satellite data.

— Applications of virtual and augmented reality technologies, for example a digital museum and interactive model of the city to support tourism.

There is also the potential for cooperation in the area of 5G, as Darmstadt is currently just one of three cities in Germany, along with Berlin and Hamburg, testing the first 5G technology. As the next-generation mobile network, 5G has the potential to enormously change the way people relate to the technology around them, and satellites play a key role in this.

Over the next six months, a series of workshops with experts from ESOC and Darmstadt will culminate in a report proposing projects for further collaboration – an exciting step towards showing how space technology can improve and enhance or day-to-day lives.

More than half the world’s population lives in cities. Space plays an important role in urban innovation, improving the quality of life of millions – and potentially billions – of people. This week, we take a look at what ESA is doing to benefit city dwellers. Join the conversation online by following the hashtag #SmartCities.