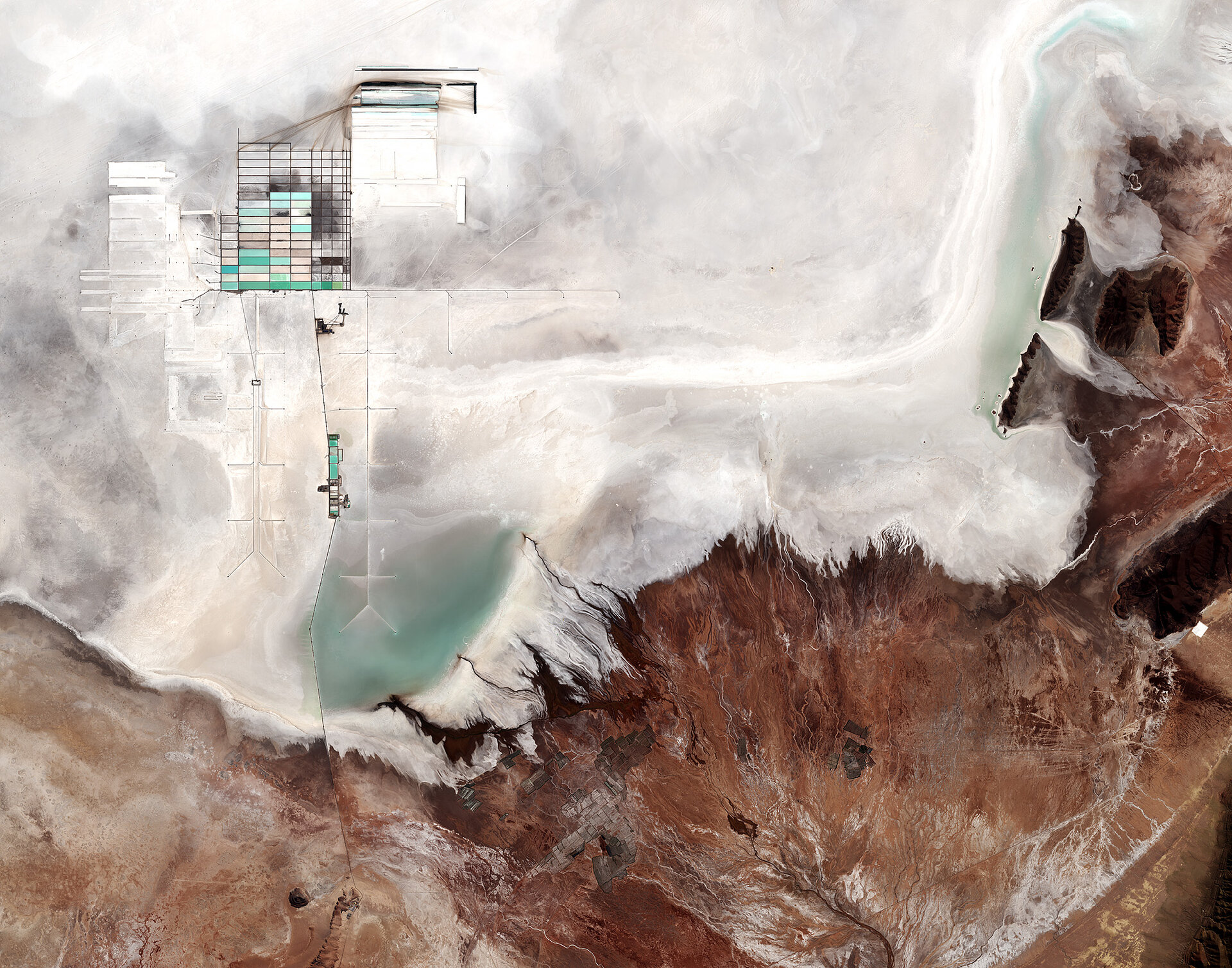 The image shows part of Bolivia’s Salar de Uyuni – the largest salt flat in the world.

Occupying over 10 000 sq km, the vast Salar de Uyuni lies at the southern end of the Altiplano, a high plain of inland drainage in the central Andes. Some 40 000 years ago, this area was part of a giant prehistoric lake that dried out, leaving behind the salt flat.

Salt from the pan has been traditionally harvested by the local Aymara people, who still predominate in the area. But the Uyuni is also one of the richest lithium deposits in the world, at an estimated 9 million tonnes.

The geometric shapes in the upper left are large evaporation ponds of the national lithium plant, where lithium bicarbonate is isolated from salt brine. Lithium is used in the manufacturing of batteries, and the increasing demand has significantly increased its value in recent years – especially for the production of electric-car batteries.

The surrounding terrain is rough in comparison to the vast salt flat. In the lower right we can see the 20 km-wide alluvial fan of the Rio Grande de Lípez delta.

On the whole, the Salar de Uyuni is very flat, with a surface elevation variation of less than 1 m. This makes the area ideal for calibrating satellite radar altimeters – a kind of radar instrument that measures surface topography. ESA’s CryoSat and the Coperncius Sentinel-3 satellites carry radar altimeters.

This image, also featured on the Earth from Space video programme, was captured by the Copernicus Sentinel-2B satellite on 17 May 2017.