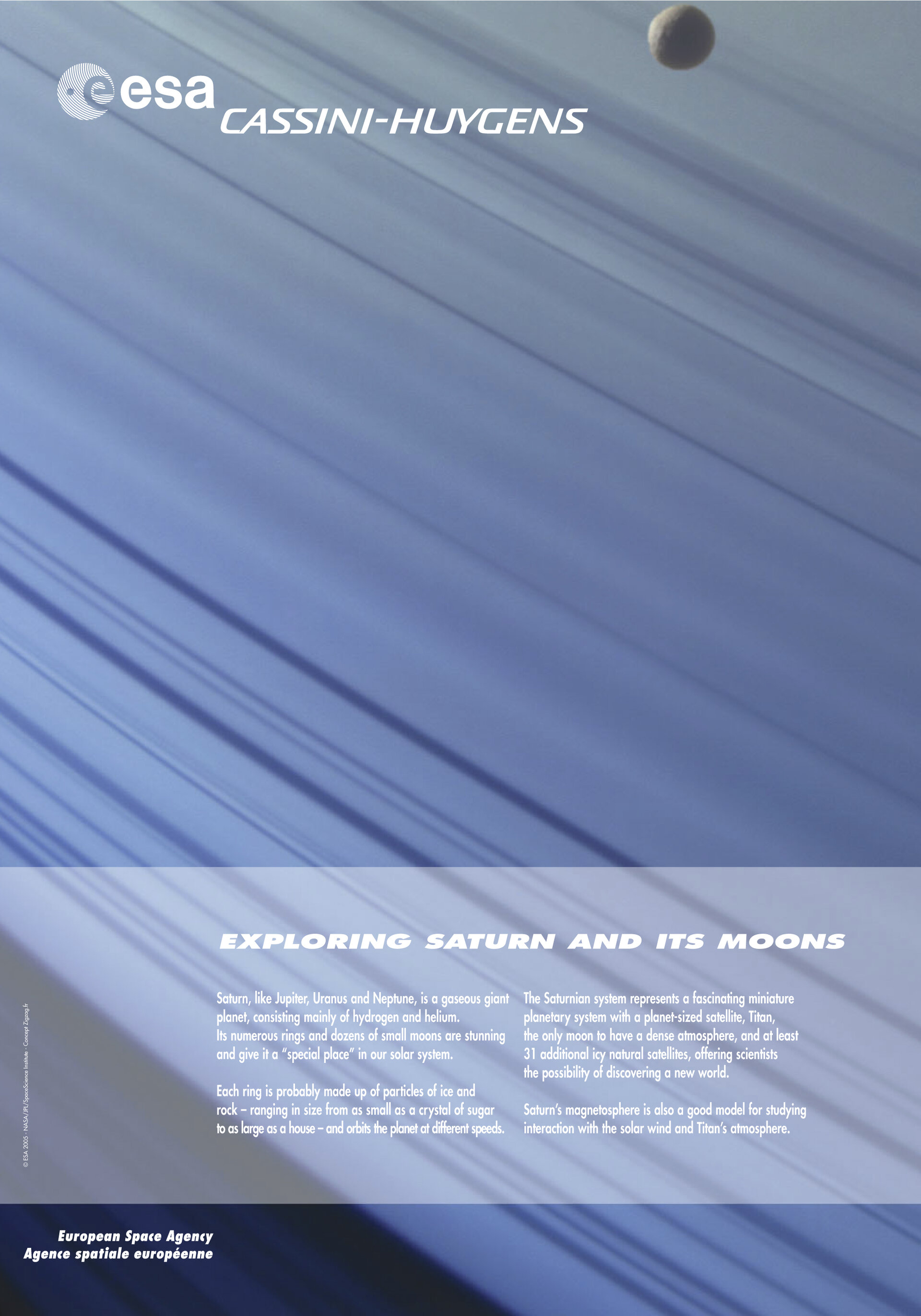 Exploring Saturn and its moons

Saturn, like Jupiter, Uranus and Neptune, is a gaseous giant planet, consisting mainly of hydrogen and helium. Its numerous rings and dozens of small moons are stunning and give it a “special place” in our solar system.

Each ring is probably made up of particles of ice and rock – ranging in size from as small as a crystal of sugar to as large as a house – and orbits the planet at different speeds.

The Saturnian system represents a fascinating miniature planetary system with a planet-sized satellite, Titan, the only moon to have a dense atmosphere, and at least 31 additional icy natural satellites, offering scientists the possibility of discovering a new world. Saturn’s magnetosphere is also a good model for studying interaction with the solar wind and Titan’s atmosphere.