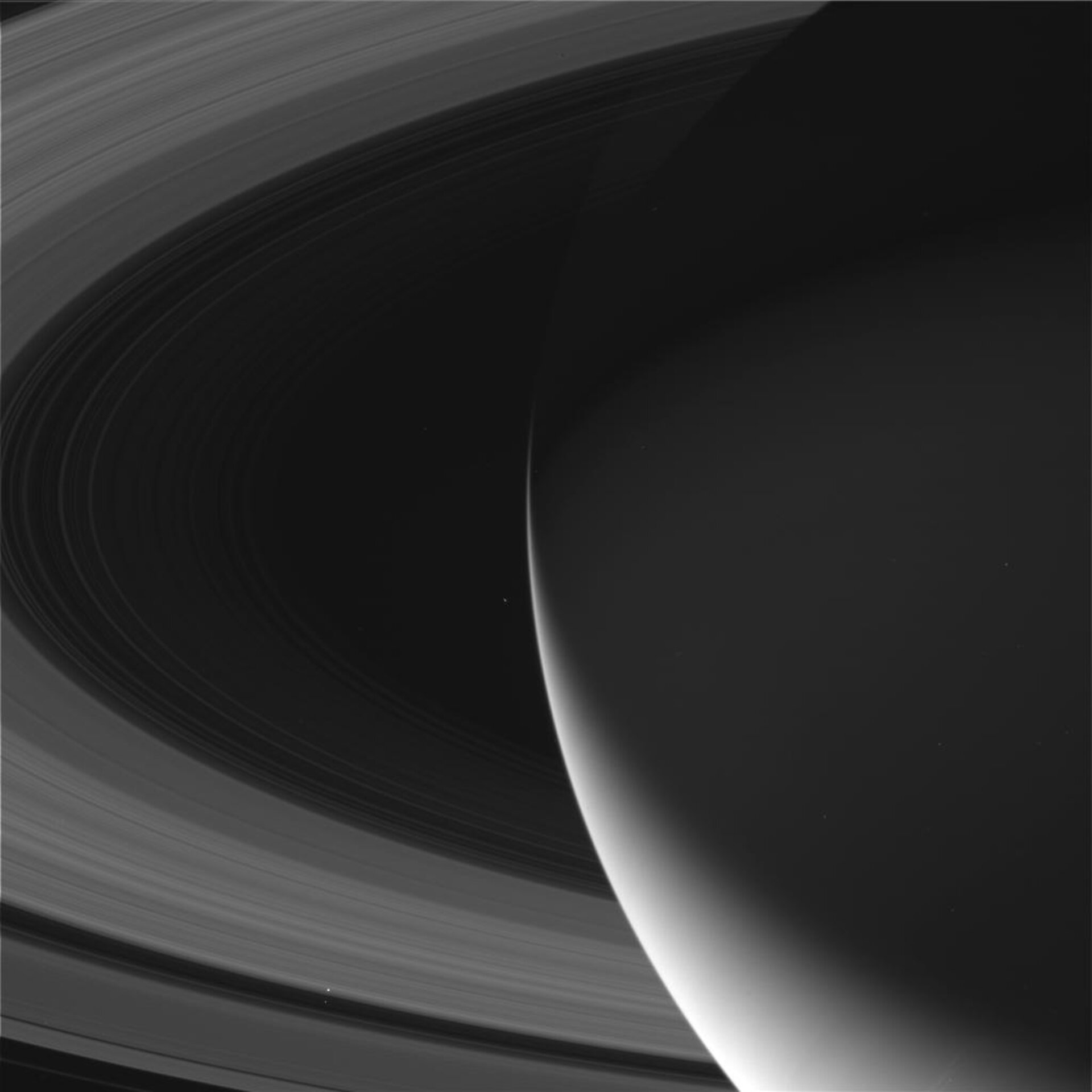 This raw, unprocessed image of Saturn was taken on 12 August 2017 and received on Earth 13 August 2017. The camera was pointing toward Saturn at approximately 938955 kilometres away, and the image was taken using the CL1 and RED filters. The image has not been validated or calibrated. A validated/calibrated image will be archived with the Planetary Data System in 2018.
The Cassini Solstice Mission is a joint United States and European endeavor. The Jet Propulsion Laboratory, a division of the California Institute of Technology in Pasadena, manages the mission for NASA's Science Mission Directorate, Washington, D.C. The Cassini orbiter was designed, developed and assembled at JPL. The imaging team consists of scientists from the US, England, France, and Germany. The imaging operations center and team lead (Dr. C. Porco) are based at the Space Science Institute in Boulder, Colo.