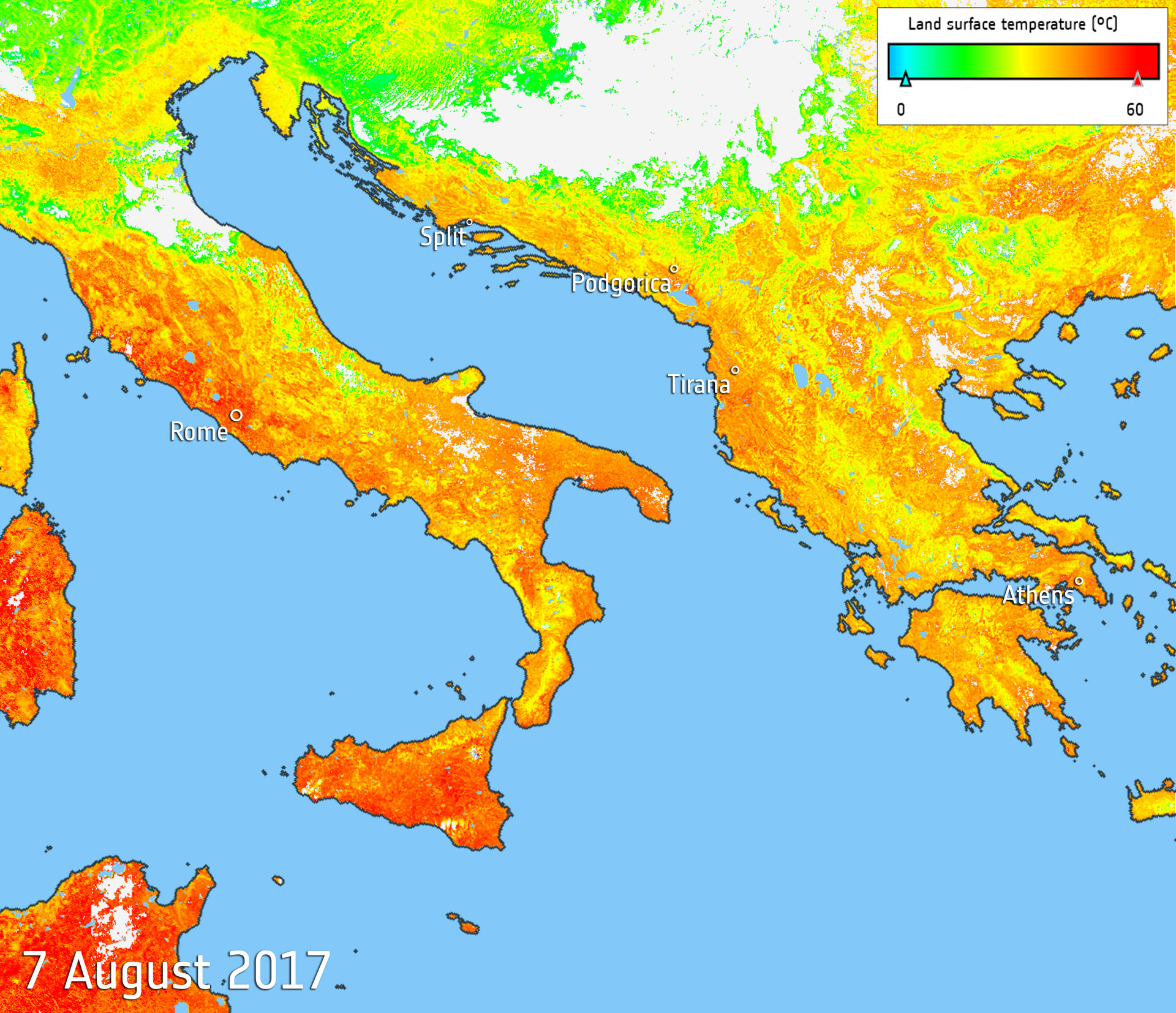 Southern Europe is in the grip of a relentless heatwave, fuelling wildfires and water shortages. Information from the Copernicus Sentinel-3A satellite has been used to map the sweltering heat across the region.

The map shows that on 7 August 2017, temperatures of the land surface rose above 40°C – not an usual occurrence over the last weeks. Much of Italy, including Rome, Naples, Florence, Sardinia and Sicily has been suffering these highs. With numerous towns and cities on the ministry of health’s maximum heat alert, the Italians have aptly dubbed the heatwave ‘Lucifer’. Extreme temperatures have also been recorded in Spain and Portugal, the Balkans and Greece.

As well as wildfires and water shortages, the heat has also led to some tourist attractions being closed, ill health and even some fatalities, and the drought is also threatening crops.

The map uses data from the satellite’s Sea and Land Surface Temperature Radiometer, which measures energy radiating from Earth’s surface in nine spectral bands – the map therefore represents temperature of the land surface, not air temperature which is normally used in forecasts. The white areas in the image are where cloud obscured readings of land temperature.