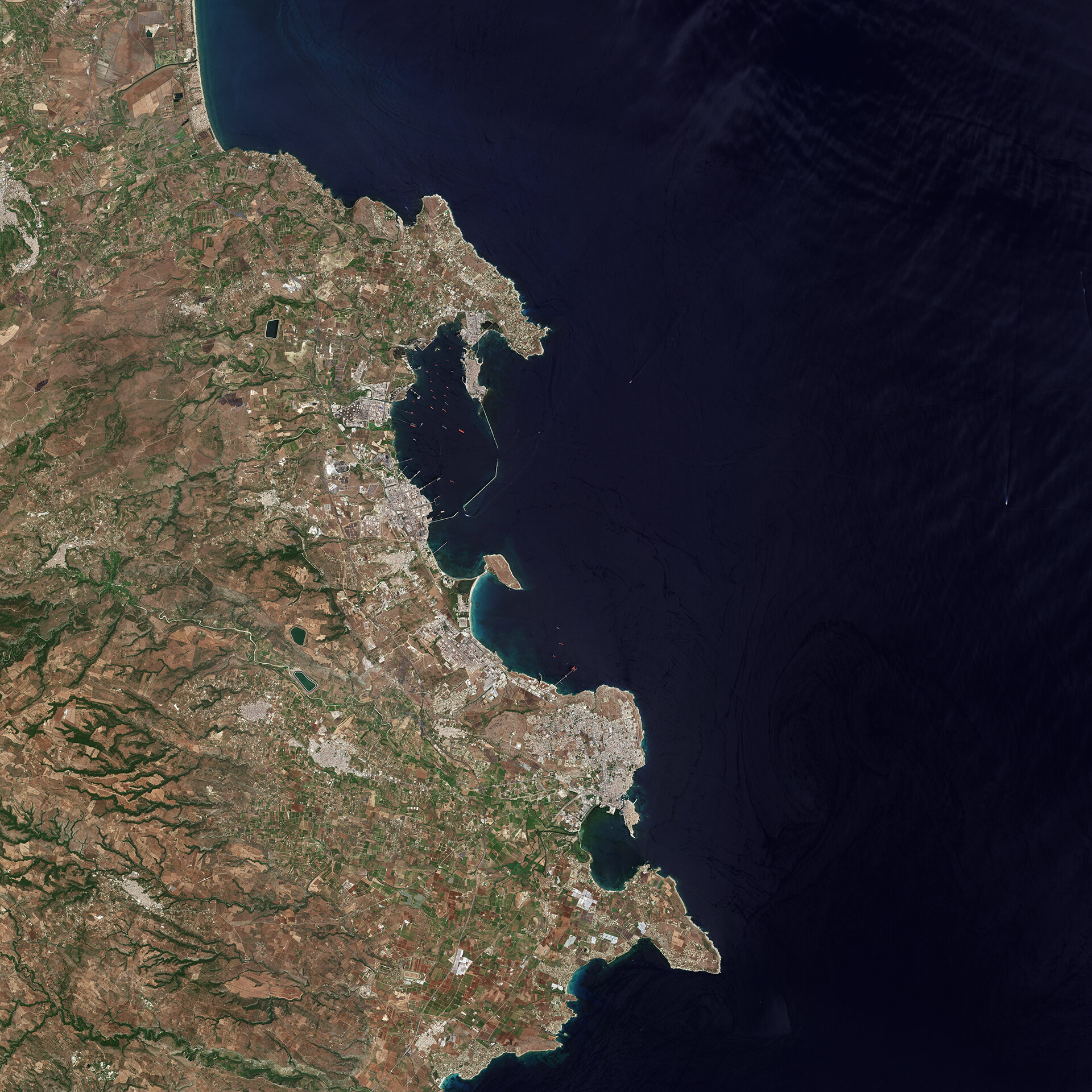 The province of Syracuse on the southeastern coast of the Italian island of Sicily is pictured in this image from the Sentinel-2A satellite.

The provincial capital – also called Syracuse – is visible in the lower-central part of the image.

Founded by Greeks in the 8th century BC, the city was described by Cicero as ‘the greatest Greek city and the most beautiful of all’. Today the ancient town is a UNESCO World Heritage Site with notable structures including the Temple of Athena, a Greek theatre, a Roman amphitheatre and more. With vestiges providing testimony to Sicily’s troubled history, Syracuse demonstrates the development of Mediterranean civilisation over three millennia.

Farther north along the coast is the city of Augusta with ships speckling the water near its port. The port serves numerous oil refineries up and down the coast; the  large, circular oil storage tanks are visible from space.

Augusta is also a point of entry for migrants who made the dangerous journey by boat from Africa to Europe.

Along the left side of the image we can see the foothills of the Hyblaean Mountains. This range was once a plateau, but has since been eroded. Deep-cut canyons appear like green veins where the vegetation has grown in.

This image, also featured on the Earth from Space video programme, was captured by the Copernicus Sentinel-2A satellite on 14 June 2017.