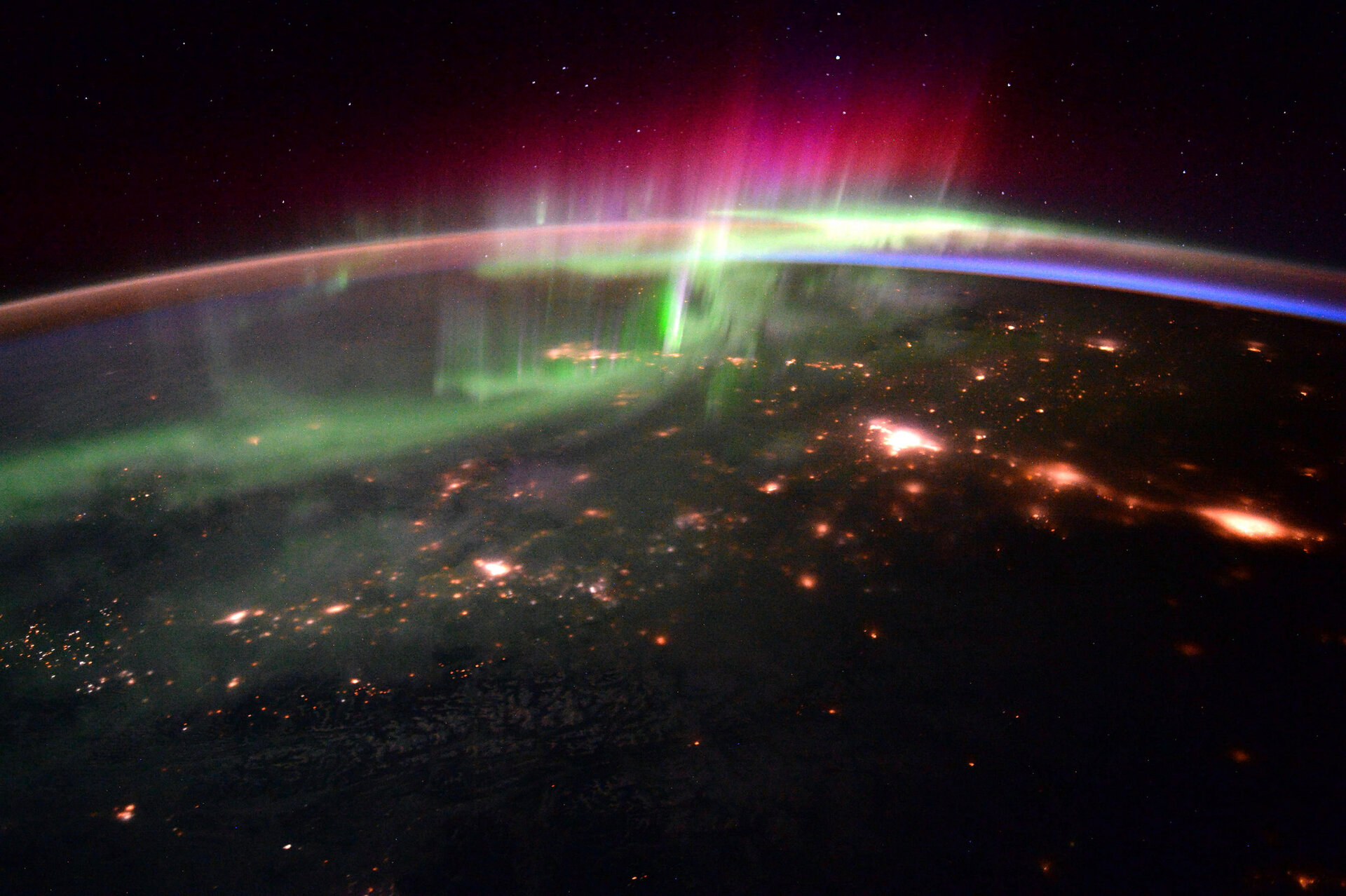 One of the most beautiful sights on Earth, the northern and southern lights are auroras that shimmer and dance through the sky at our planet’s poles and high latitudes. These phenomena are caused as charged particles stream inwards from the Solar System, colliding and interacting with particles at the outer edges of our atmosphere. These beautiful light shows are experienced by bodies throughout the cosmos, such as exoplanets, various stars and other quickly rotating bodies.

This image shows a striking aurora weaving its way across northern Canada, showcasing vivid ribbons of pink, green and blue. It was taken from orbit by ESA astronaut Tim Peake on 20 January 2016, during his stay on the International Space Station.

This view was photographed looking northeast from a point just north of Vancouver; the Canadian Rockies and Banff and Jasper national parks lie in the foreground with very few lights visible, while the bright patches mark the locations of (from left to right) Edmonton, Red Deer and Calgary. The most active part of the aurora lies over Fort McMurray in Alberta, Canada.