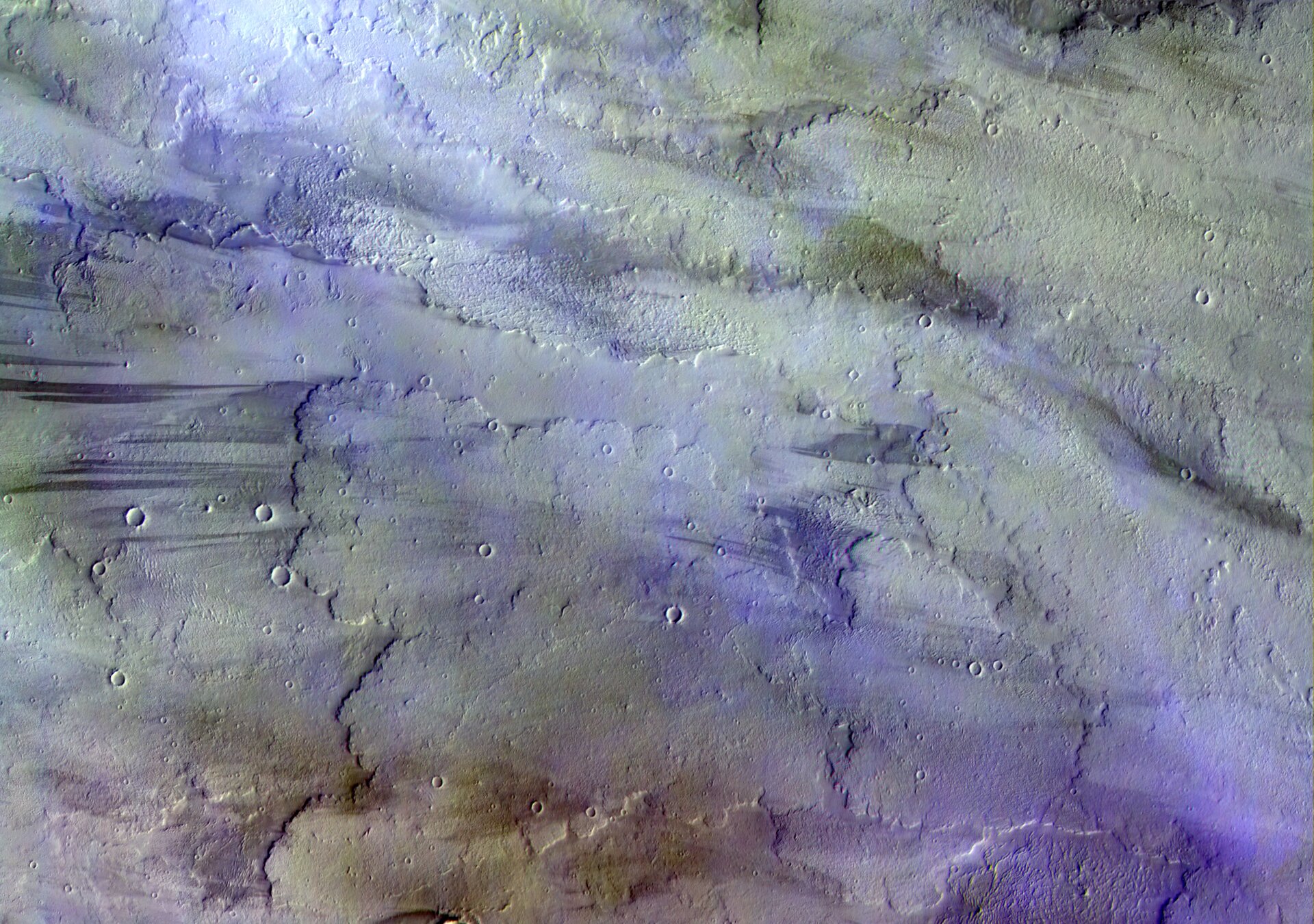 Clouds over lava flows on Mars

Diffuse, water-ice clouds, a hazy sky and a light breeze. Such might have read a weather forecast for the Tharsis volcanic region on Mars on 22 November 2016, when this image was taken by the ExoMars Trace Gas Orbiter.

Clouds, most likely of water-ice, and atmospheric haze in the sky are coloured blue/white in this image.

Below, 630 km west of the volcano Arsia Mons, the southernmost of the Tharsis volcanoes, outlines of ancient lava flows dominate the surface. The dark streaks are due to the action of wind on the dark-coloured basaltic sands, while redder patches are wind blown dust. A handful of small impact craters can also be seen.

The Trace Gas Orbiter, a joint effort between ESA and Roscosmos, arrived at Mars on 19 October last year. Since March it has been repeatedly surfing in and out of the atmosphere, generating a tiny amount of drag that will steadily pull it into a near-circular 400 km altitude orbit. It is expected to begin its full science operational phase from this orbit in early 2018.

Prior to this ‘aerobraking’ phase, several test periods were assigned to check the four science instrument suites from orbit and to refine data processing and calibration techniques.

The false-colour composite shown here was made from images taken with the Colour and Stereo Surface Imaging System, CaSSIS, in the near-infrared, red and blue channels.