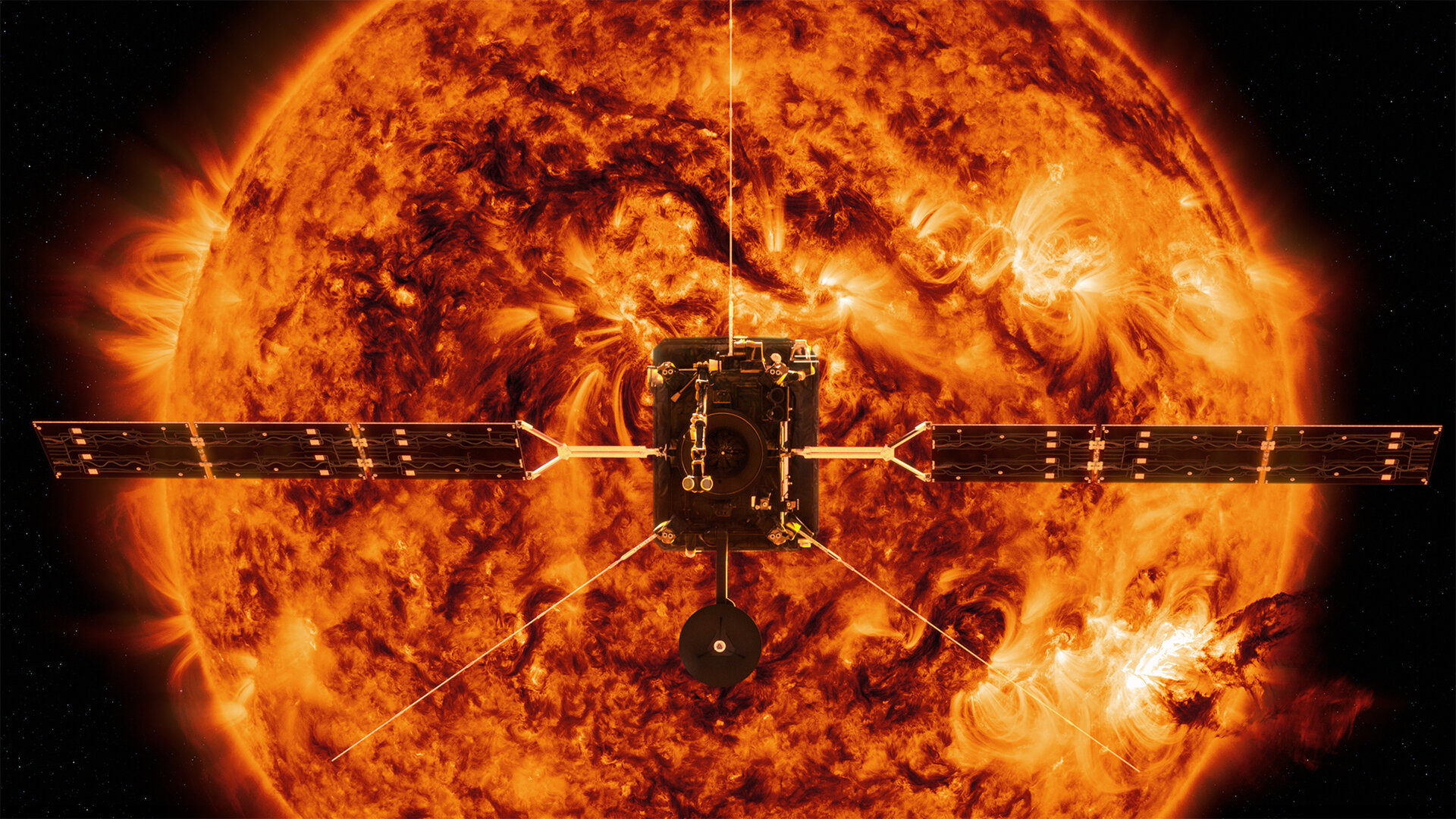 Now being fitted with its state-of-the-art instruments, ESA’s Solar Orbiter is set to provide new views of our star, in particular providing close-up observations of the Sun’s poles.

Following its launch in February 2019 and three-year journey using gravity swingbys at Earth and Venus, Solar Orbiter will operate from an elliptical orbit around the Sun. At its closest it will approach our star within 42 million kilometres, closer than planet Mercury.

An artist’s impression of Solar Orbiter in front of the stormy Sun is depicted here. The image of the Sun is based on one taken by NASA’s Solar Dynamics Observatory. It captures the beginning of a solar eruption that took place on 7 June 2011. At lower right, dark filaments of plasma arc away from the Sun. During this particular event, it watched the plasma lift off, then rain back down to create ‘hot spots’ that glowed in ultraviolet light.

Solar Orbiter’s over-arching mission goals are to examine how the Sun creates and controls the heliosphere, the extended atmosphere of the Sun in which we reside, and the effects of solar activity on it. The spacecraft will combine in situ and remote sensing observations close to the Sun to gain new information about solar activity and how eruptions produce energetic particles, what drives the solar wind and the coronal magnetic field, and how the Sun’s internal dynamo works.

Its 10 scientific instruments are in the final stages of being added to the spacecraft before extensive tests to prepare it for the 2019 launch from Cape Canaveral, USA.

Solar Orbiter is an ESA-led mission with NASA participation.