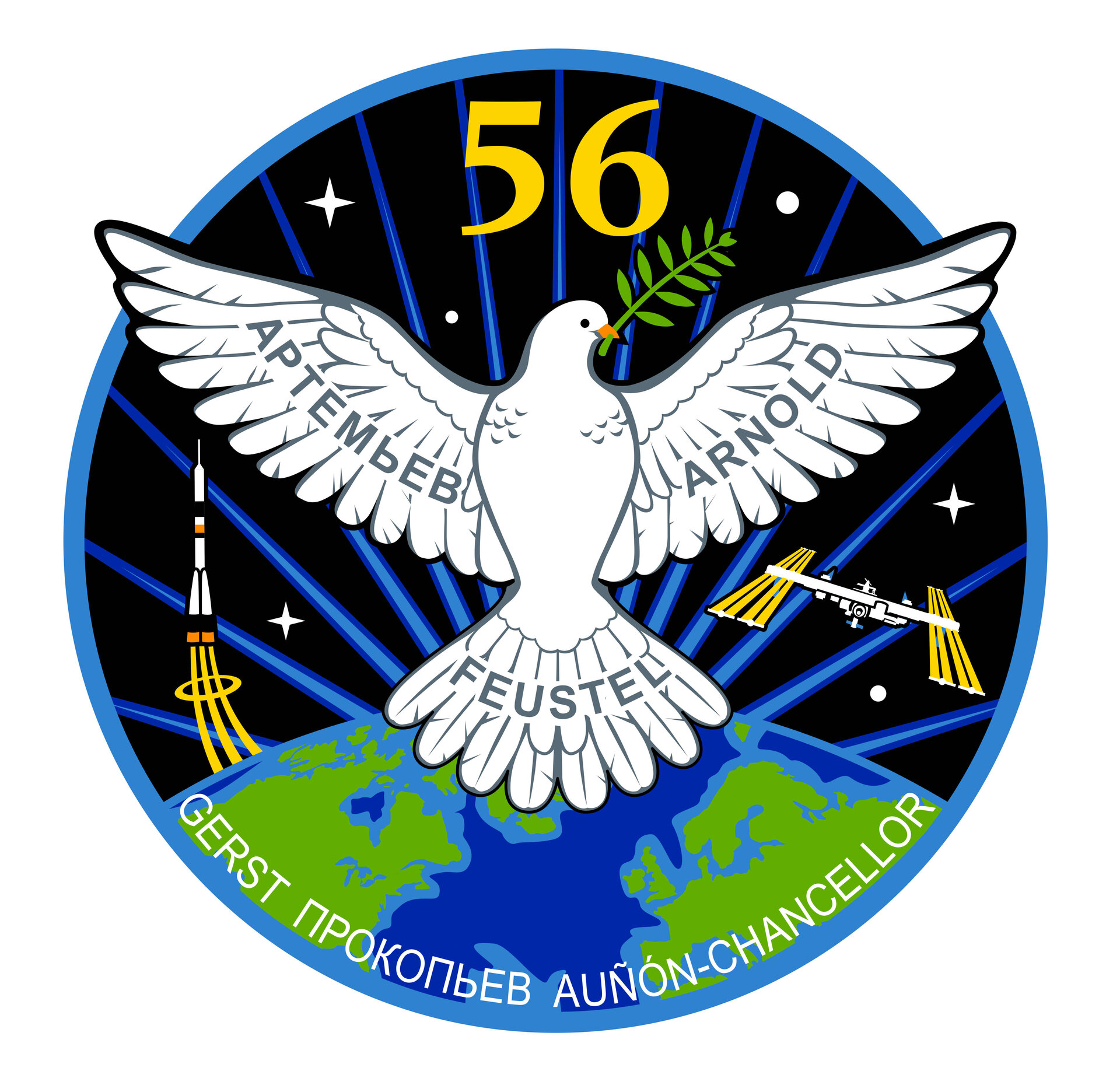 The Expedition 56 patch portrays a dove carrying an olive branch in its beak. The patch includes the Soyuz launch vehicle for the crew and the ISS. The crew names are displayed on the dove's wings and along the limb of Earth at the base of the patch. The dove's tail is firmly planted on Earth to represent the strong link between our home planet and the humans who are sent into the cosmos. The patch illustrates our hope for peace and love in the world, and the innate human desire to spread our wings and explore into the future, building on the wisdom of the past, for the betterment of humankind. The patch was designed by astronaut Drew Feustel's son.