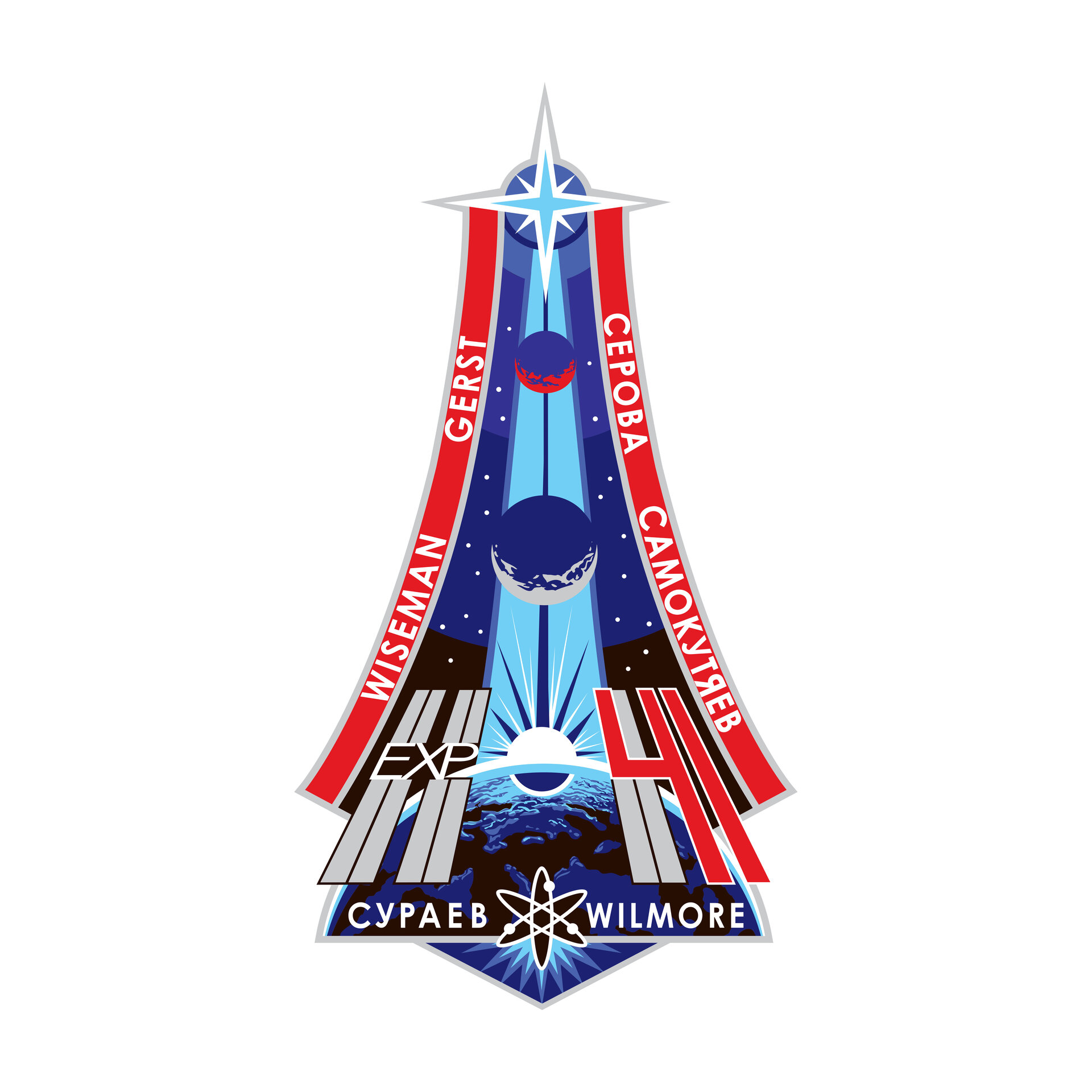 ESA astronaut Alexander Gerst (DE) is assigned to fly on the Soyuz TMA-13M spacecraft to the International Space Station, scheduled for May 2014 and as part of the Expedition 40/41 crew. Expedition 41 begins with the scheduled undocking of Soyuz TMA-12M in September 2014. Three new crew members will arrive shortly after. Gerst, cosmonaut Maxim Surayev and NASA astronaut Reid Wiseman will be joined by the Soyuz TMA-14M crew, cosmonauts Alexandr Samokutyayev and Yelena Serova, and NASA astronaut Barry Wilmore.

The patch was designed by the Expedition 41 crew and Blake Dumesnil. The crew wrote some text to go along with the design: “Portraying the road of human exploration into our vastly unknown universe, all elements of the Expedition 41 patch build from the foundation, our Earth, to the stars beyond our solar system. The focus of our six-month expedition to the International Space Station is Earth and its inhabitants, as well as a scientific look out into our Universe. The distinguishing ISS solar arrays reach onward and serve as the central element, with the icon of an atom underneath representing the multitude of research on board that will bring new discoveries for the benefit of humanity. The Sun is rising over Earth’s horizon, spreading its light along the road of human exploration. Equipped with the knowledge and inspiration gained from ISS, our successful multinational cooperation will lead human space exploration to the Moon, Mars, and ultimately, the stars. We are Expedition 41. Join us for the adventure."