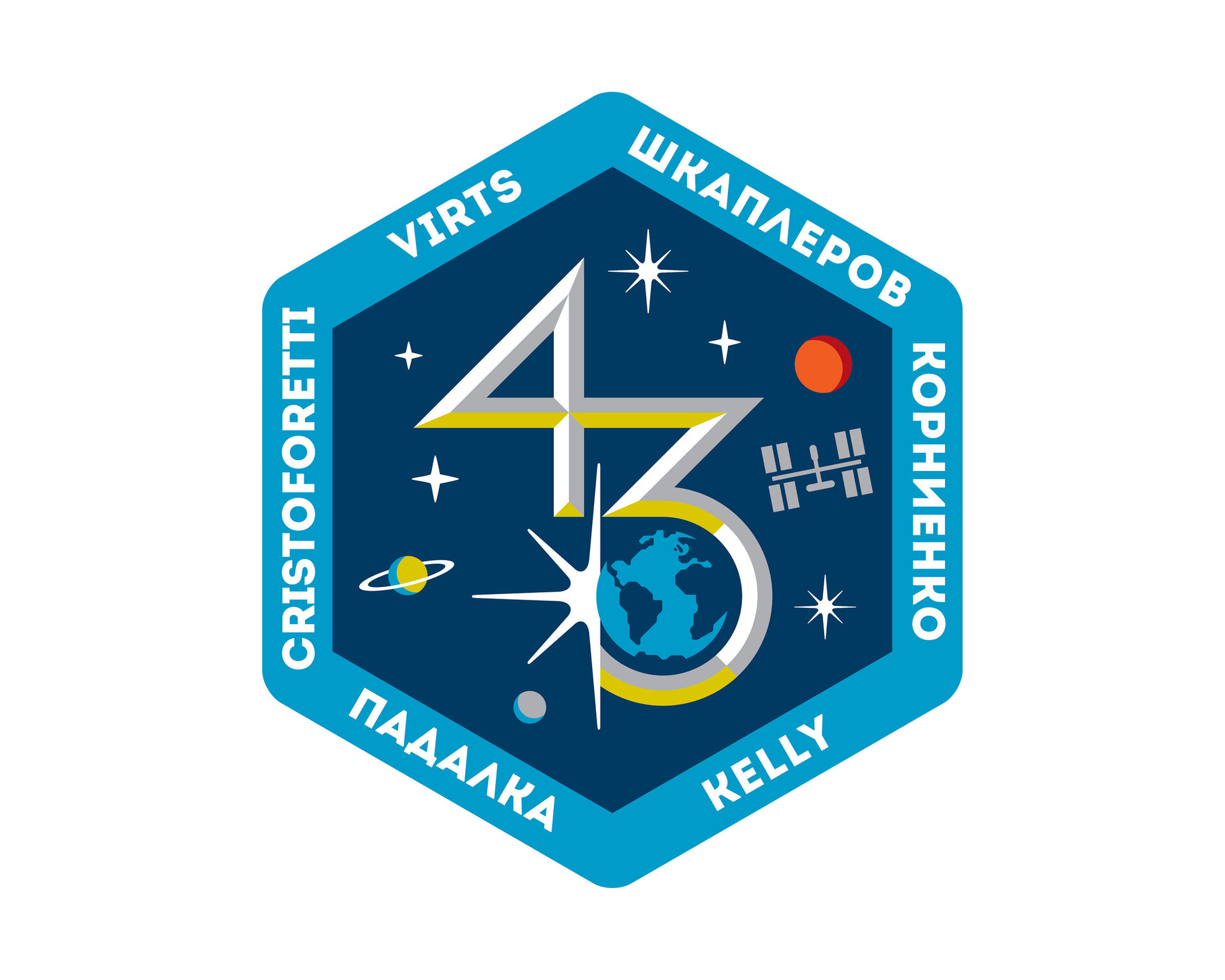 ESA astronaut Samantha Cristoforetti (IT) is assigned to fly on the Soyuz TMA-15M spacecraft to the International Space Station, scheduled for November 2014 and as part of Expedition 42/43. Expedition 43 begins with the scheduled undocking of Soyuz TMA-14M in March 2015. Three new crew members, cosmonauts Gennadi Padalka and Mikhail Korniyenko, and NASA astronaut Scott Kelly, will arrive shortly after on Soyuz TMA-16M and join Samantha, cosmonaut Anton Shkaplerov and NASA astronaut Terry Virts.

The patch was designed by Matt Lehman, assisted by Brandon Heath, working with astronaut Terry Virts. The hexagon (six-sided) shape of the Expedition 43 patch represents the six crew members living and working on board the orbital outpost. The International Space Station is portrayed in orbit around Earth, representing the multinational partnership that has constructed, developed, and continues to operate the ISS for the benefit of all humankind. The sunrise marks the beginning of a new day, reflecting the fact that we are at the dawn of our history as a spacefaring species. The Moon and planets represent future exploration of our Solar System, for which the ISS is a stepping stone. Finally, the five stars honour the crews who have lost their lives during the pursuit of human spaceflight.