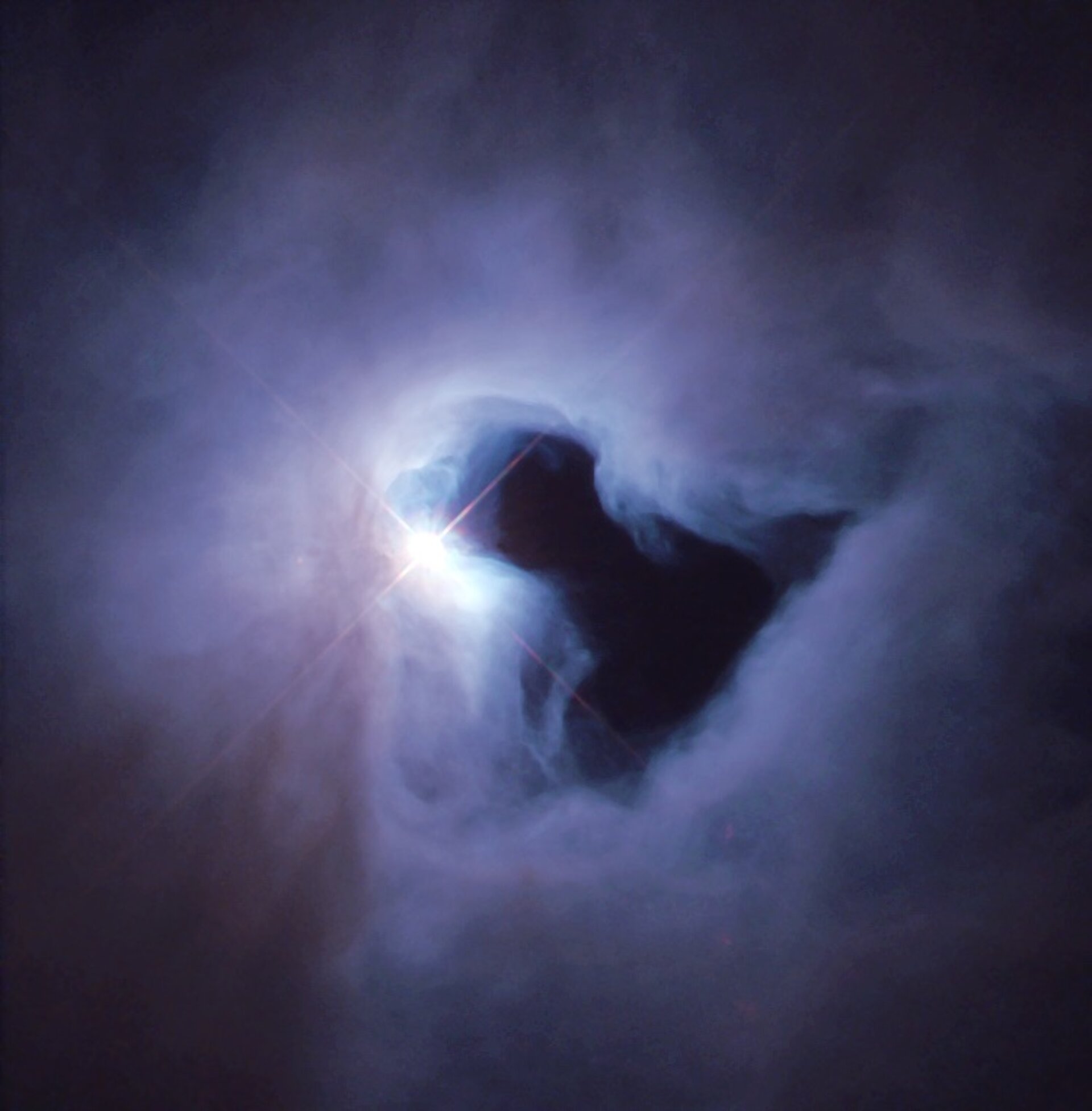 This spooky sight, imaged by the NASA/ESA Hubble Space Telescope, resembles fog lit by a streetlamp swirling around a curiously shaped hole – and there is some truth in that. While the ‘fog’ is dust and gas lit up by the star, the ‘hole’ really is an empty patch of sky.

When the dark patch was first imaged, it was assumed to be a very cold, dense cloud of gas and dust, so thick as to be totally opaque in visible light, and blocking all light behind it. In general, such globules are known to be small cocoons of forming stars, but thanks to ESA’s Herschel Space Observatory, which would have been able to see any hints of star formation at infrared wavelengths but did not, along with ground-based observations, it turned out to be a truly empty patch of sky.

Astronomers think that is was formed when jets of gas from some of the young stars in the wider region punctured the sheet of dust and gas that forms the surrounding nebula. The powerful radiation from a nearby mature star may also have helped to clear the hole.

The bright star seen here is V380 Orionis, a young star 3.5 times the mass of our own Sun. It appears white owing to its high surface temperature of about 10 000ºC – nearly twice that of the Sun. The star is so young that it is still surrounded by a cloud of material left over from its formation. This bright material in the area pictured here is only visible because of the light from the star; it does not emit any visible light of its own. This is the signature of a ‘reflection nebula’ – this one is known as NGC 1999.

This image was first published on the Hubble site in March 2000. The Herschel discovery was made in 2010.