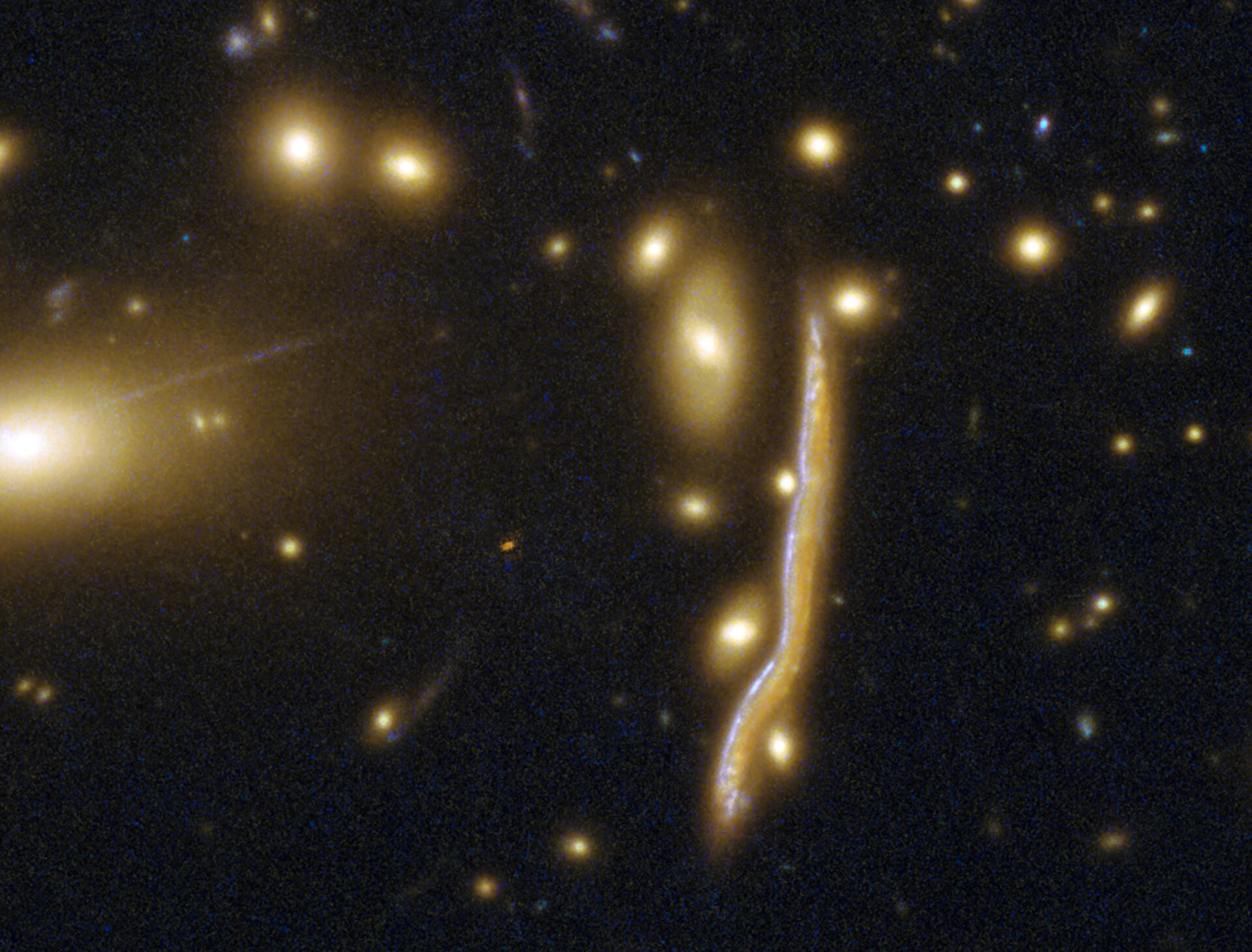 This NASA/ESA Hubble Space Telescope image reveals the Cosmic Snake, a distant galaxy peppered with clumpy regions of intense star formation that appear warped by the effect of gravitational lensing. This giant arc-like galaxy is actually behind the huge galaxy cluster MACSJ1206.2-0847, but thanks to the cluster’s gravity, we can see it from Earth.

Light from the distant, high-redshift galaxy arrives at Earth, having been distorted by the gigantic gravitational influence of the intervening cluster. Fascinatingly, instead of making it more difficult to perceive cosmological objects, such strong lensing effects improve the resolution and depth of an image by magnifying the background object. Sometimes gravitational lensing can even produce multiple images of the object as light is bent in different directions around the foreground cluster.

Using Hubble, astronomers recently looked at several such images of the Cosmic Snake, each with a different level of magnification. Using this technique, the galaxy and its features could be studied on different scales. The highest-resolution images revealed that giant clumps in high-redshift galaxies are made up of a complex substructure of smaller clumps, which contributes to our understanding of star formation in distant galaxies.