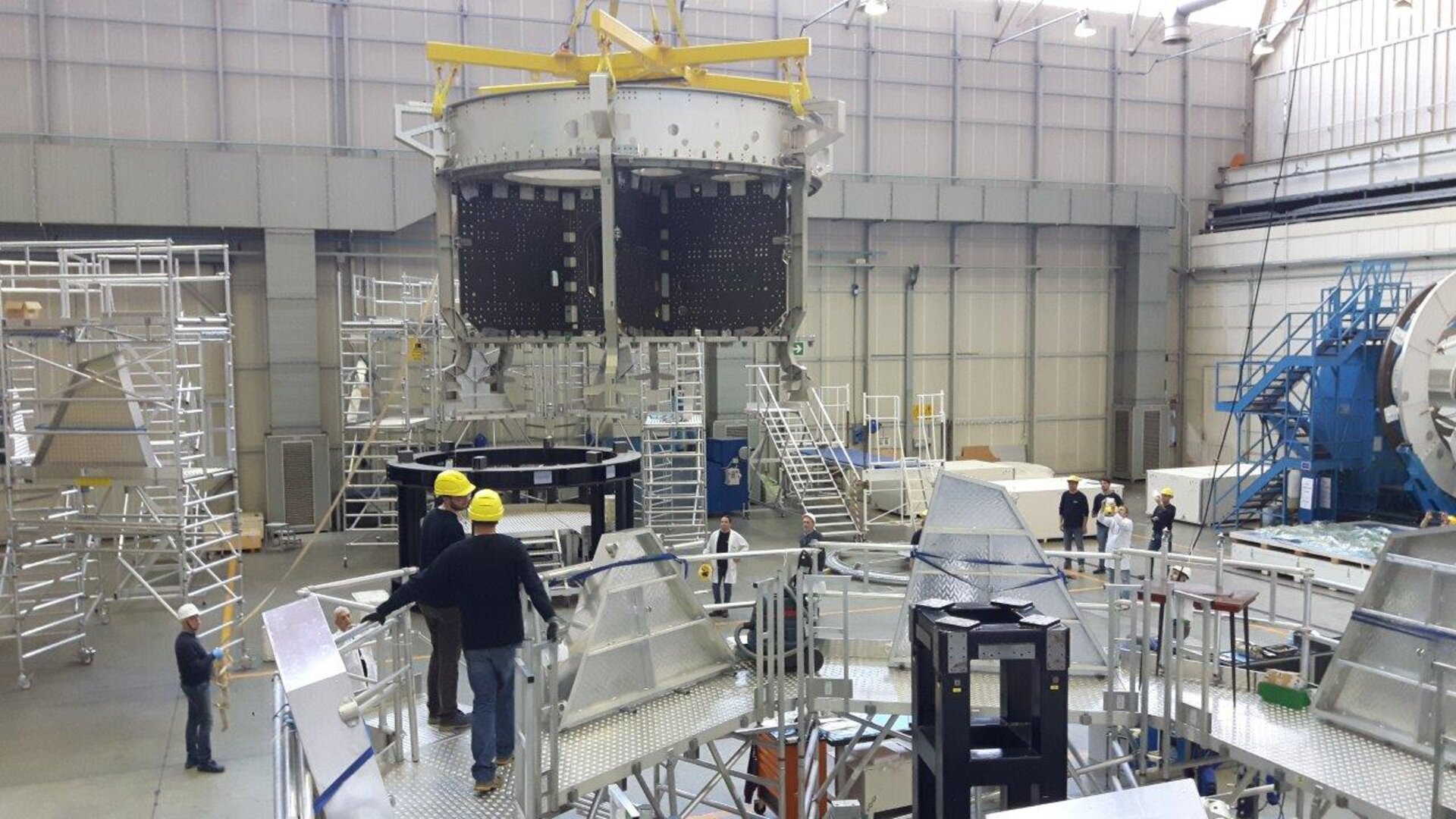 The frame of the second European Service module for Orion, showing the completed internal structure for Flight Model-2. It will support up to four astronauts and send them further than any human being has ever been from Earth in a few years.

The two circular tank bulkheads are in place, bolted to vertical panels. The top ring will attach to the Crew Module Adapter that connects the Orion capsule to the service module.

The picture was taken at the Thales Alenia Space facility in Turin, Italy, in November 2017.

This structure can be seen as the chassis of the Orion spacecraft, providing structural rigidity while absorbing vibrations and energy from launch.

The holes are to save weight and accommodate future payloads. It will also hold all the other elements together such as the spacecraft’s thrusters, water tanks, fuel tanks, gas tanks, electronics and wires.

The top bulkhead is thicker as it handles more loads. Orion's storage tanks are supported from the top bulkhead which distributes the forces from 9 tonnes of propellant between the European Service Module structure and NASA structures such as the Crew Module Adapter and the launcher fairing, while the lower platform "only" provides support to prevent the tanks from swinging.