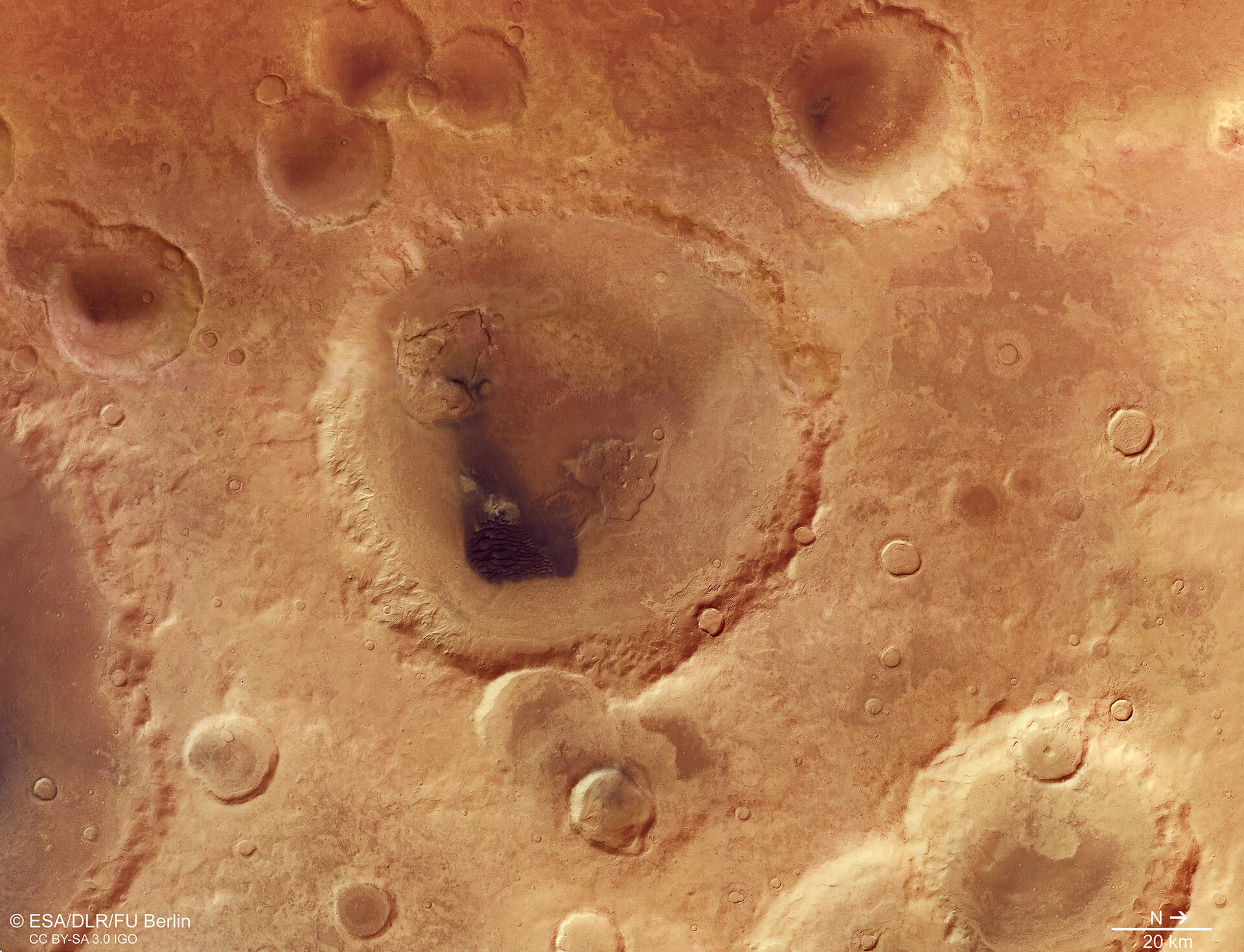 Colour view of Neukum Crater in the Noachis Terra region on Mars.

The crater is about 102 km wide and 1 km deep, with two shallow depressions and a dune field in its interior.

The crater was named after Gerhard Neukum, who developed the High Resolution Stereo Camera on ESA’s Mars Express.

The images were acquired by the High Resolution Stereo Camera on Mars Express on 31 December 2005, 24 May 2007 and 27 May 2007, corresponding to orbits 2529, 4346 and 4357, respectively. The scene covers the region 26–31°E / 42–47°S.  The colour image was created using data from the nadir channel, the field of view of which is aligned perpendicular to the surface of Mars, and the camera’s colour channels. North is to the right.