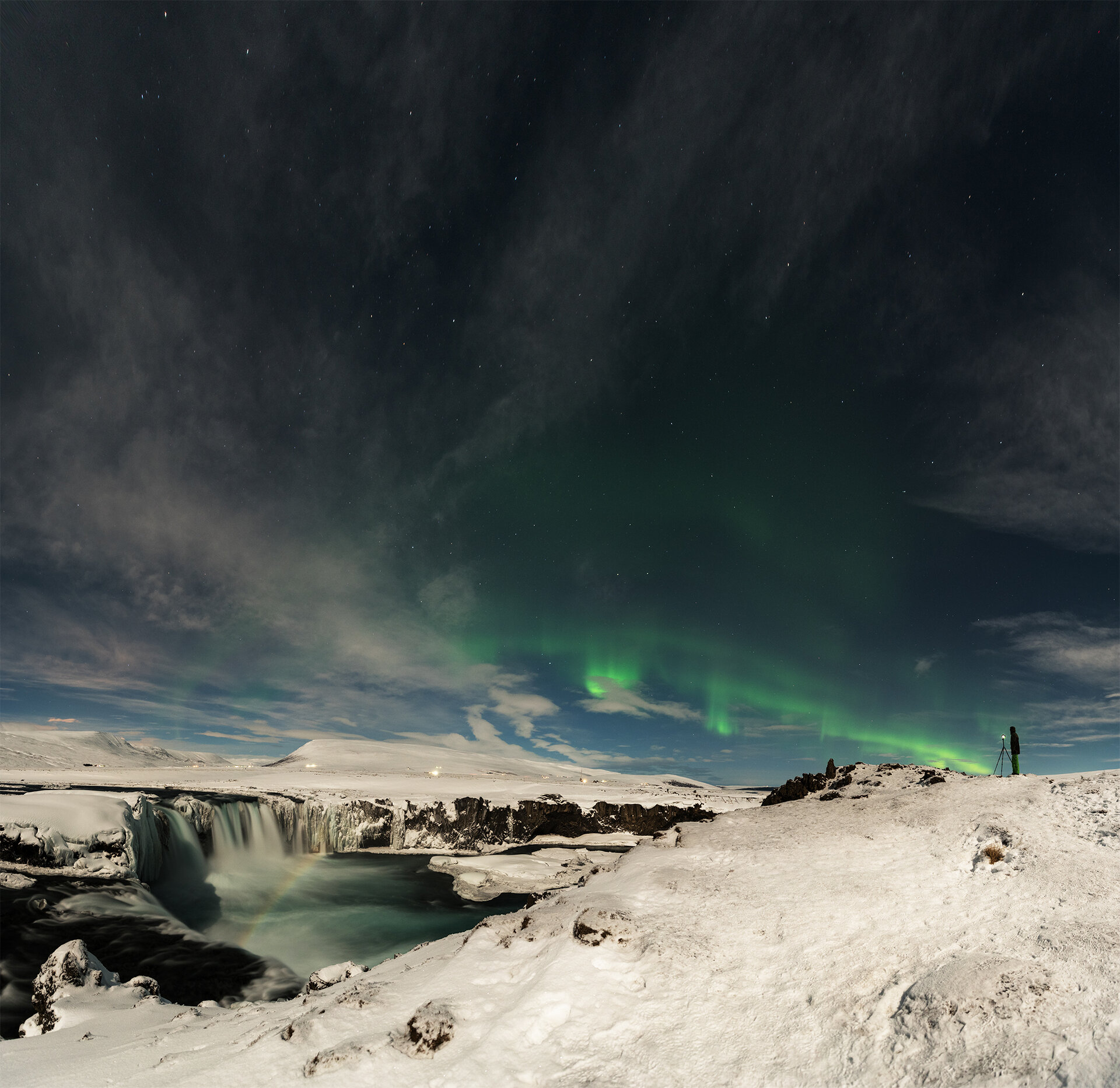 Just as the Sun drives weather on Earth, solar activity is responsible for disturbances in our space environment, which scientists have dubbed ‘space weather’.

This gives rise to auroras, which are produced by electrically charged atomic particles streaming from the Sun colliding with charged particles in our atmosphere.

UK-based photographer Ollie Taylor is in Iceland this week, and he captured a beautiful landscape image combining a lake, a waterfall, a rainbow and a green auroral streak, all bathed in moonlight.

He notes: “I hunted for a clear sky patch in Iceland eager to shoot a ‘moon bow’. We drove some 600 km north to get the clear skies in the Lake Mývatn area, and the Godafoss Waterfall. I had to keep changing the angle to be able to see the lunar rainbow.

“Eventually, after hours of shooting, you could see full colour in the rainbow, luckily at an angle that also allowed the capture of the aurora when it gave us a display!”

Numerous areas of Europe’s economy can be affected by space weather. These range from space-based telecommunications, broadcasting, weather services and navigation, through to power distribution and terrestrial communications, especially at northern latitudes.

One significant influence of solar activity is seen in disturbances in satellite navigation services, like Galileo, due to space weather effects on the upper atmosphere. This in turn can affect aviation, road transport, shipping and any activities that depend on precise positioning.

On Earth, commercial airlines may also experience damage to aircraft electronics and increased radiation doses to crews (at long-haul aircraft altitudes) during large space weather events. Space weather effects on the ground can include damage and disruption to power distribution networks, increased pipeline corrosion and degradation of radio communications.