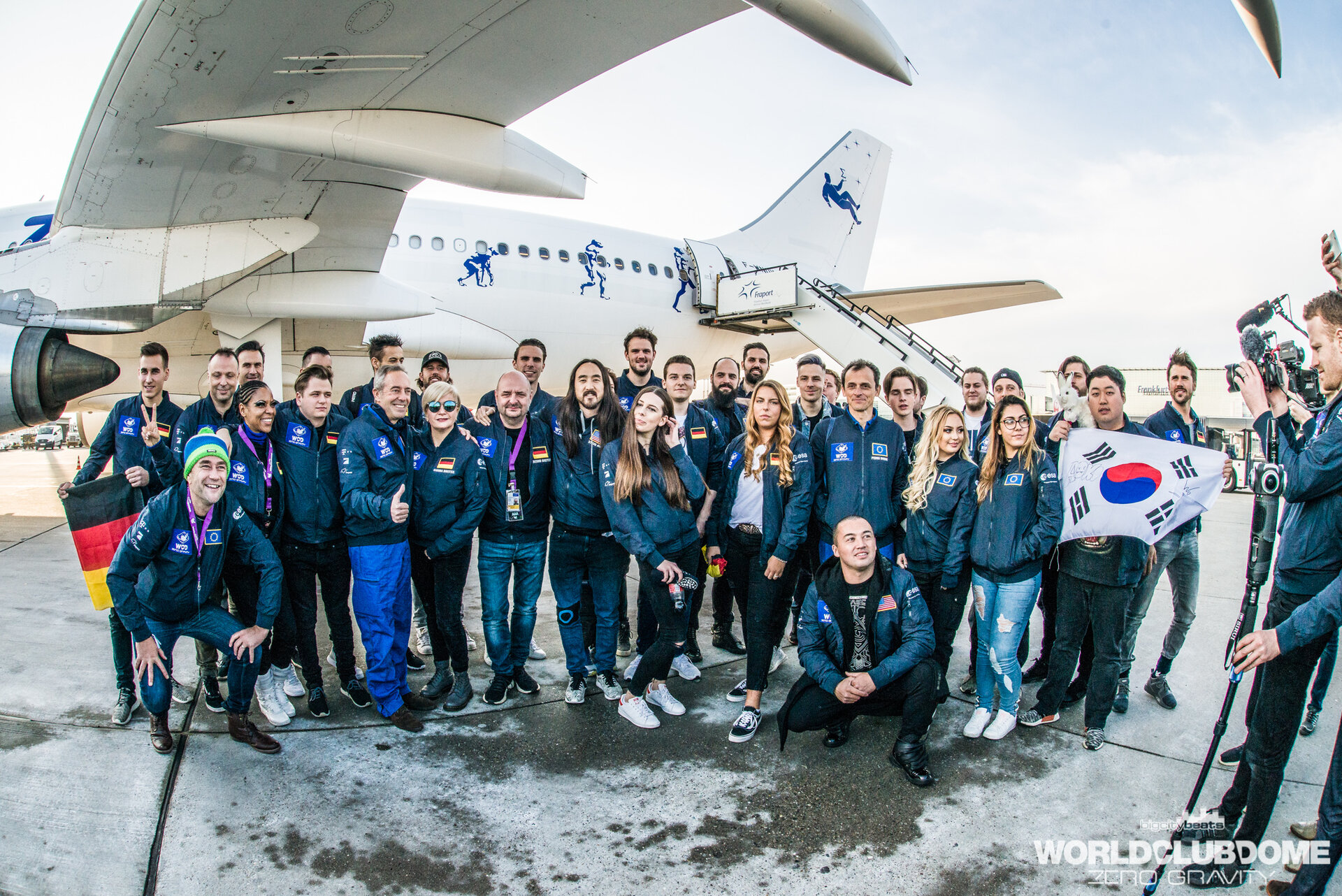 On 7 February 2018, 10 years to the day that Europe’s Columbus space laboratory was launched to the International Space Station, 20 lucky clubbers got a taste of weightlessness – not to conduct gravity-free science but to party with superstar DJs Steve Aoki, W&W and Le Shuuk.

Taking off from Frankfurt airport and organised by BigCityBeats, the World Club Dome project served as a teaser party for a bigger event on Earth in June. The aircraft flew up and down angled at 45º – at the top of the curve the passengers and experiments experience around 20 seconds of microgravity. Before and after the weightless period, increased gravity of up to 2 g is part of the ride.

ESA astronauts Pedro Duque and Jean-Francois Clervoy joined the weightless flight and provided background and safety tips to the DJs and party-goers.

The aircraft was on loan from its usual airport in Bordeaux, France, where it is used for scientific research and testing equipment for spaceflight. These flights are the only way to test microgravity with humans without going through lengthy astronaut-training and flights to the International Space Station. For this reason, parabolic flights are often used to validate space instruments and train astronauts before spaceflight.

ESA’s parabolic flight campaigns for science and technology investigations are generally performed twice a year, in spring and autumn.

ESA, Fraport Frankfurt and the City of Frankfurt and BigCityBeats combined a fascination of science with the joy and fun of dancing in this world’s-first flight.