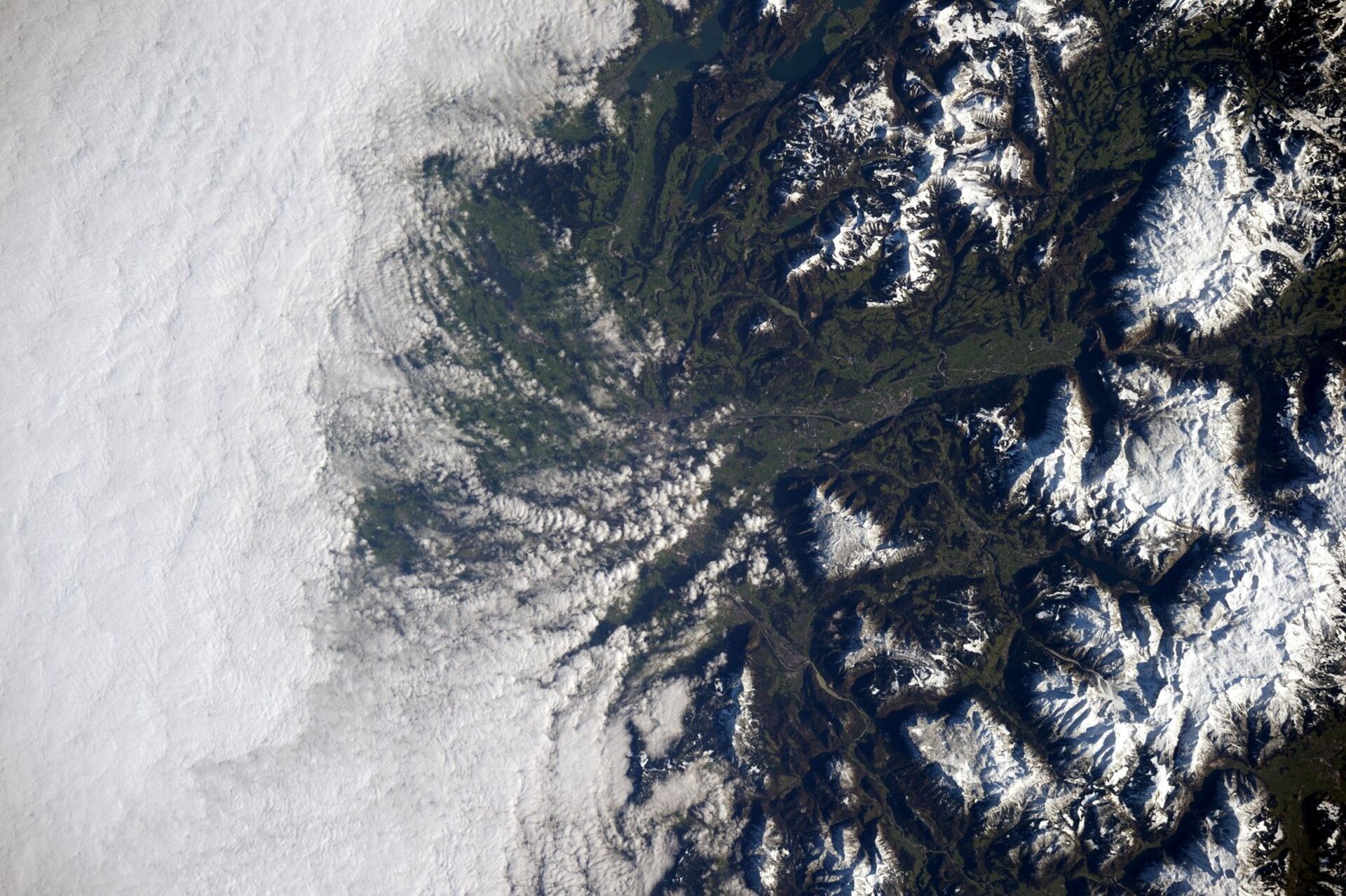 Europe shivers as a cold front sweeps in from Siberia, Russia, bringing freezing temperatures to the continent. This chilly snap is being dubbed as the Beast from the East.

The frigid grip is casting its icy spell on the Alps, one of Europe’s main ski destinations. Skiing lovers are coming to grips with temperatures of between –15°C and –25°C.

This image shows the Alpine region with its snow-capped tops. ESA astronaut Alexander Gerst took it from the International Space Station during his first mission in 2014 with the comment: “Clouds getting sucked into a valley on the Northern side of the European Alps.”

Photography is a favourite pastime for astronauts when they are not running scientific research or maintaining the Station. From the European-built Cupola observatory, Alexander had a privileged vantage point 400 km above our planet.

During that first stay in orbit he took thousands of images of Earth to observe our planet from a unique angle and share them with the public.

Alexander is eager to return to the Station in June 2018, for his science-packed ‘Horizons’ second mission.

Many of the experiments will take place in the Columbus laboratory. The first and only European module dedicated to long-term research in weightlessness recently achieved 10 years in orbit.

Follow the countdown to his Horizons mission via alexandergerst.esa.int