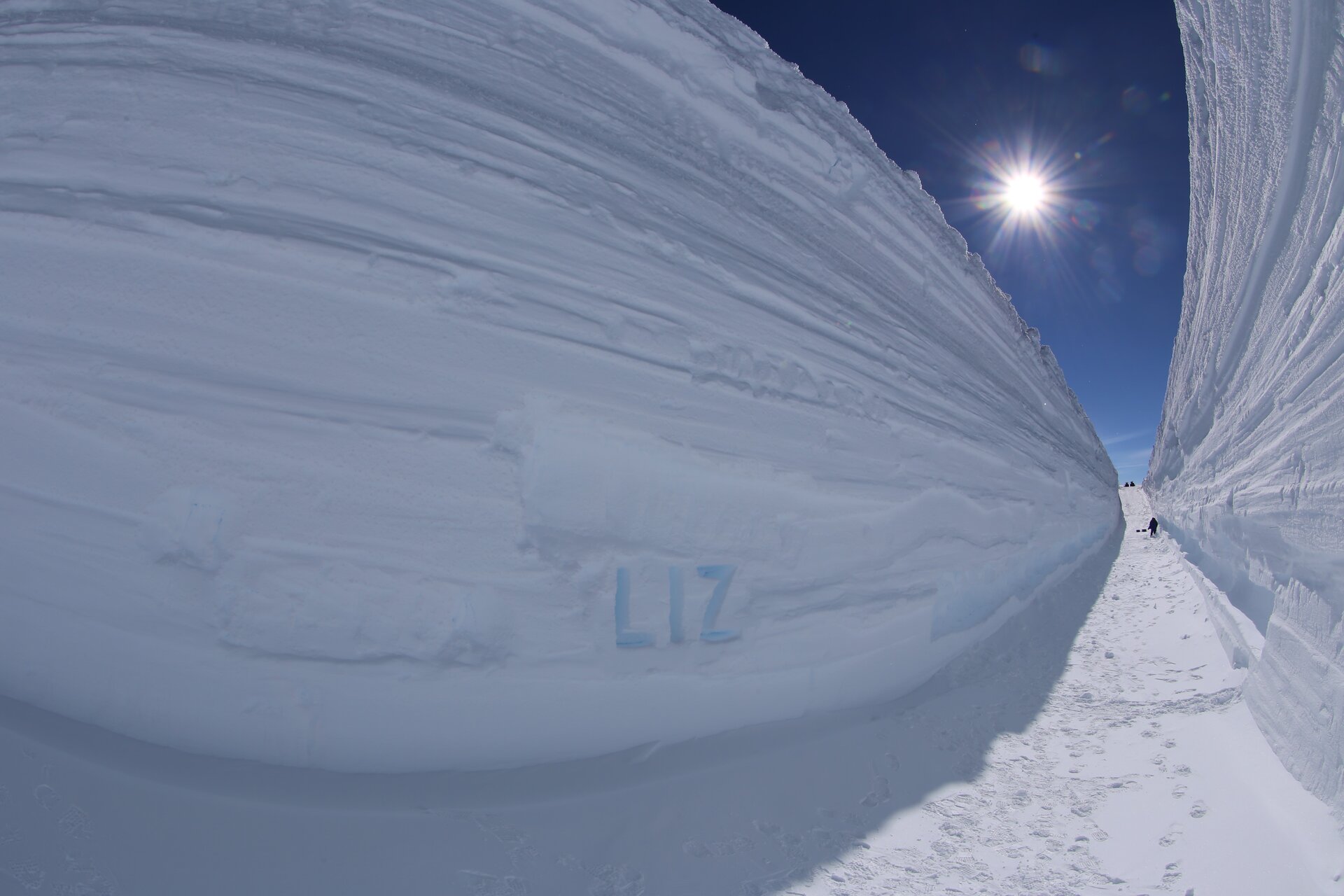 Writing on the wall

Concordia station, located on a plateau 3200 m above sea level on the Antarctic peninsula, is first and foremost a research hub.

Nestled at the very southern tip of Earth, where temperatures can drop to –80 °C in the winter, and a yearly average temperature of –50 °C, the station offers researchers the opportunity to collect data and experiment like no other place on Earth.

Among these researchers is a team of micrometeorite hunters scouting the snow and ice for traces of extra-terrestrial material less than a millimetre in diameter. Every year the amount of micrometeorites accounts for up to 1000 tonnes of particles on Earth.

Some of these fall in Antarctica where the frigid temperatures preserve these cosmic particles.

The French team of micrometeorite hunters at Concordia managed to remove just over 1000 cubic meters of ice and snow, setting a record.

The snow is slowly melted and filtered for micrometeorites that are then analysed. The results help further our understanding of the origins of the Solar System.

Researchers spent hours digging in the –50 °C temperatures for several days, equipped with protective suits, rubber gloves, picks and shovels in the name of cosmochemistry.

The end of their dig meant some fun for the residents. While researchers must ensure the ice and snow samples are as pristine as possible, once they had finished their sampling the trench could be “contaminated” by the boots of others.

Recreation is just as important for the isolated crew as the science and research that takes place there. So on a Sunday the residents took to the trench with sleds and snowmobiles.

The 7-m deep trench is a snowy time capsule, of sorts. Antarctica is the world's driest continent and Concordia is situated in the world’s largest desert. The layers of packed snow in the trench are the accumulation of approximately 80 years of snowfall.

To put it in the words of ESA-sponsored medical doctor Nadja Albertsen, “when the snow that we experienced on Sunday fell, World War II was just beginning and the atomic bomb was still just an idea.”

Dr. Albertsen is currently in residence at Concordia to run the biological experiments at the base. You can follow her adventures on the Chronicles from Concordia blog.

While scientists continue to follow the case of micrometeorites on Earth, we leave you to ponder the writing on the trench wall.