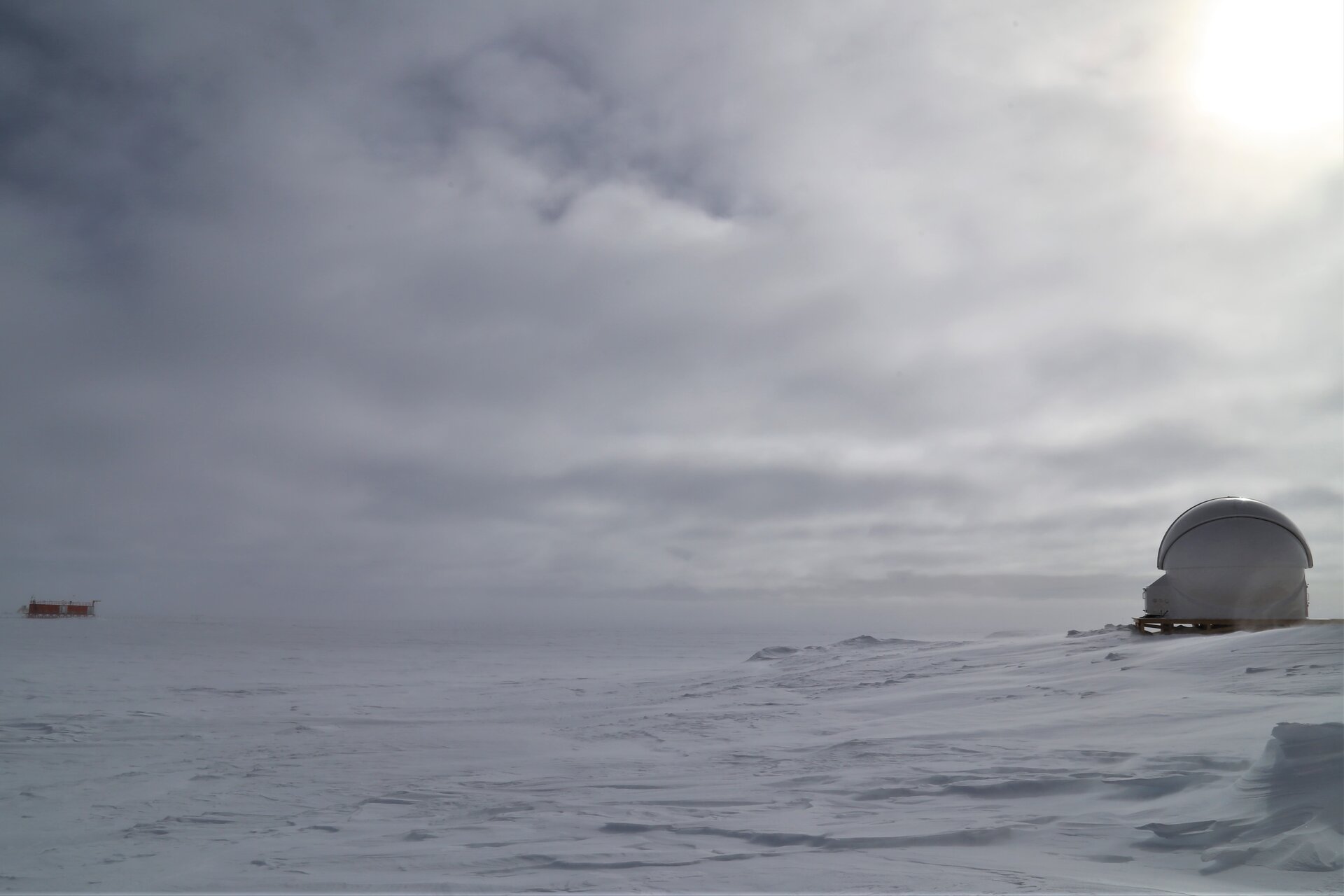 Antarctica: as remote as it gets on Earth. Concordia research station is a collaboration between the French Polar Institute and the Italian Antarctic programme. It is one of only three bases  that is inhabited all year long, and is located at the mountain plateau called Dome C. Pictured in this image is the astronomical observatory near the base.