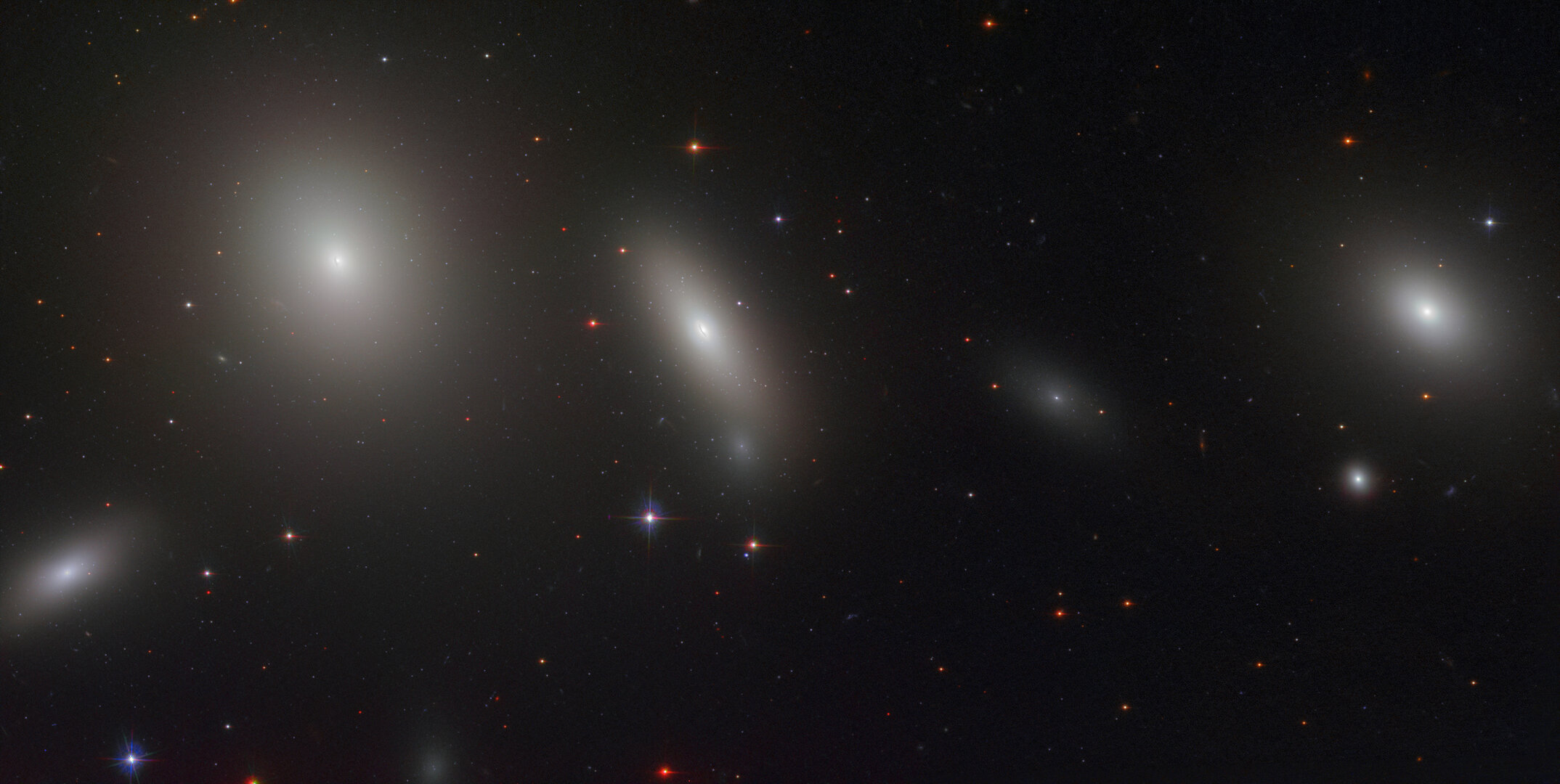 This idyllic scene, packed with glowing galaxies, has something truly remarkable at its core: an untouched relic of the ancient Universe. This relic can be seen in the large galaxy at the centre of the frame, a lenticular galaxynamed NGC 1277. This galaxy is a member of the famous Perseus Cluster — one of the most massive objects in the known Universe, located some 220 million light-years from Earth.

NGC 1277 has been dubbed a “relic of the early Universe” because all of its stars appear to have formed about 12 billion years ago. To put this in perspective, the Big Bang is thought to have happened 13.8 billion years ago. Teeming with billions of old, metal-rich stars, this galaxy is also home to many ancient globular clusters: spherical bundles of stars that orbit a galaxy like satellites. Uniquely, the globuar clusters of NGC 1277 are mostly red and metal-rich — very different to the blue, metal-poor clusters usually seen around similarly-sized galaxies. In astronomy, a metal is any element heavier than hydrogen and helium; these heavier elements are fused together in the hot cores of massive stars and scattered throughout the Universe when these stars explode as they die. In this way, a star’s metal content is related to its age: stars that form later contain greater amounts of metal-rich material, since previous generations of stars have enriched the cosmos from which they are born.

Massive galaxies — and their globular clusters — are thought to form in two phases: first comes an early collapse accompanied by a giant burst of star formation, which forms red, metal-rich clusters, followed by a later accumulation of material, which brings in bluer, metal-poor material. The discovery of NGC 1277’s red clusters confirms that the galaxy is a genuine antique that bypassed this second phase, raising important questions for scientists on how galaxies form and evolve: a hotly debated topic in modern astronomy.