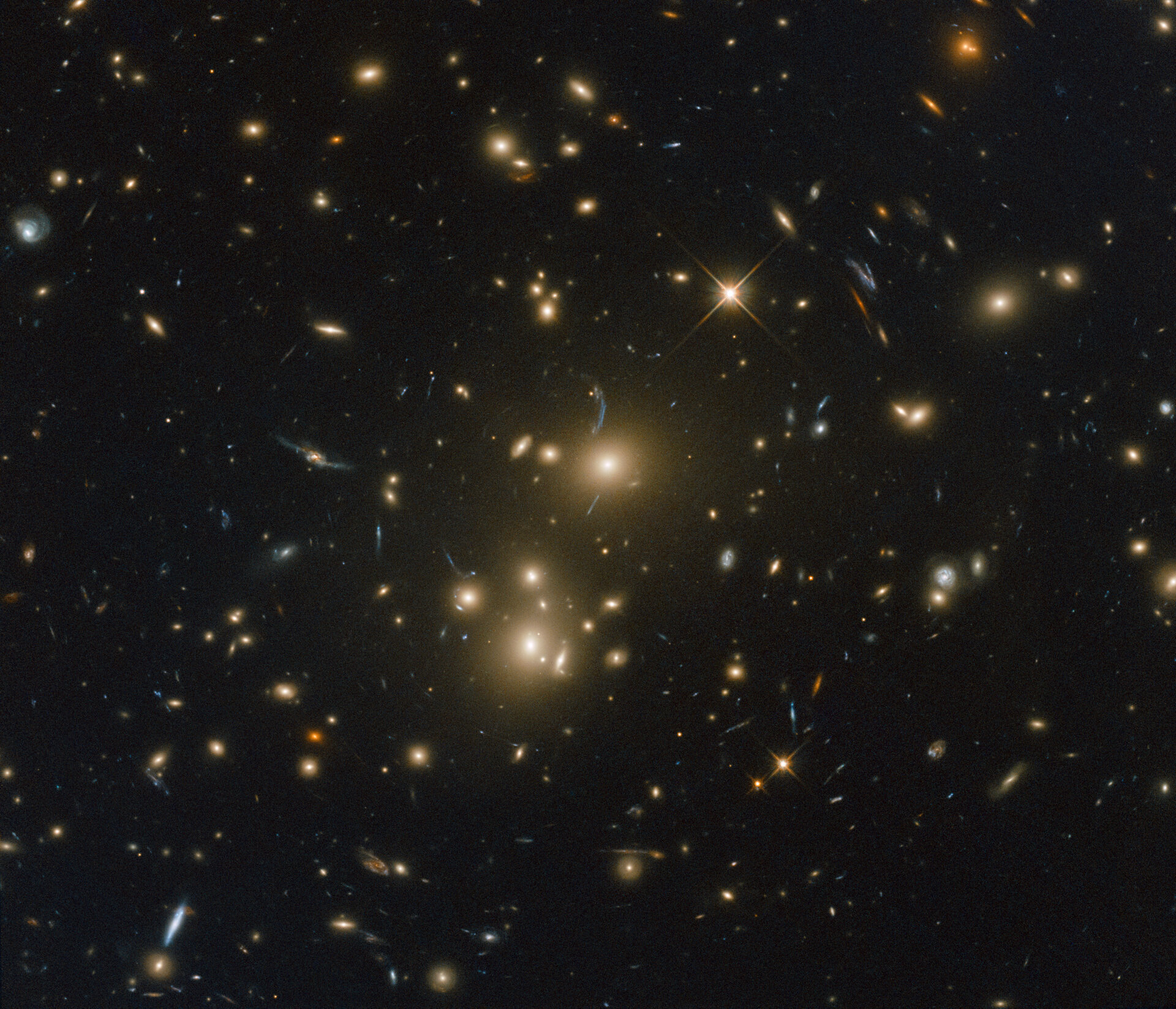 The enormous gravitational influence of such clusters distorts the space around them in such a way that they can be used as giant cosmic lenses that magnify distant background galaxies. Studying some of the earliest galaxies in the Universe will tell us more about our cosmic origins.

RXC J0232.2-4420 also featured in a study that focused on galaxy clusters that are especially luminous sources of X-rays . The study searched for diffuse light around the brightest galaxies in the clusters, among the most massive galaxies in the Universe. This diffuse light comes from intergalactic stars strung out between the constituent galaxies of the cluster and the aim of the study was to explore various theories for the origins of these stars. One theory is that that may have been stripped from their host galaxies during mergers and interactions.