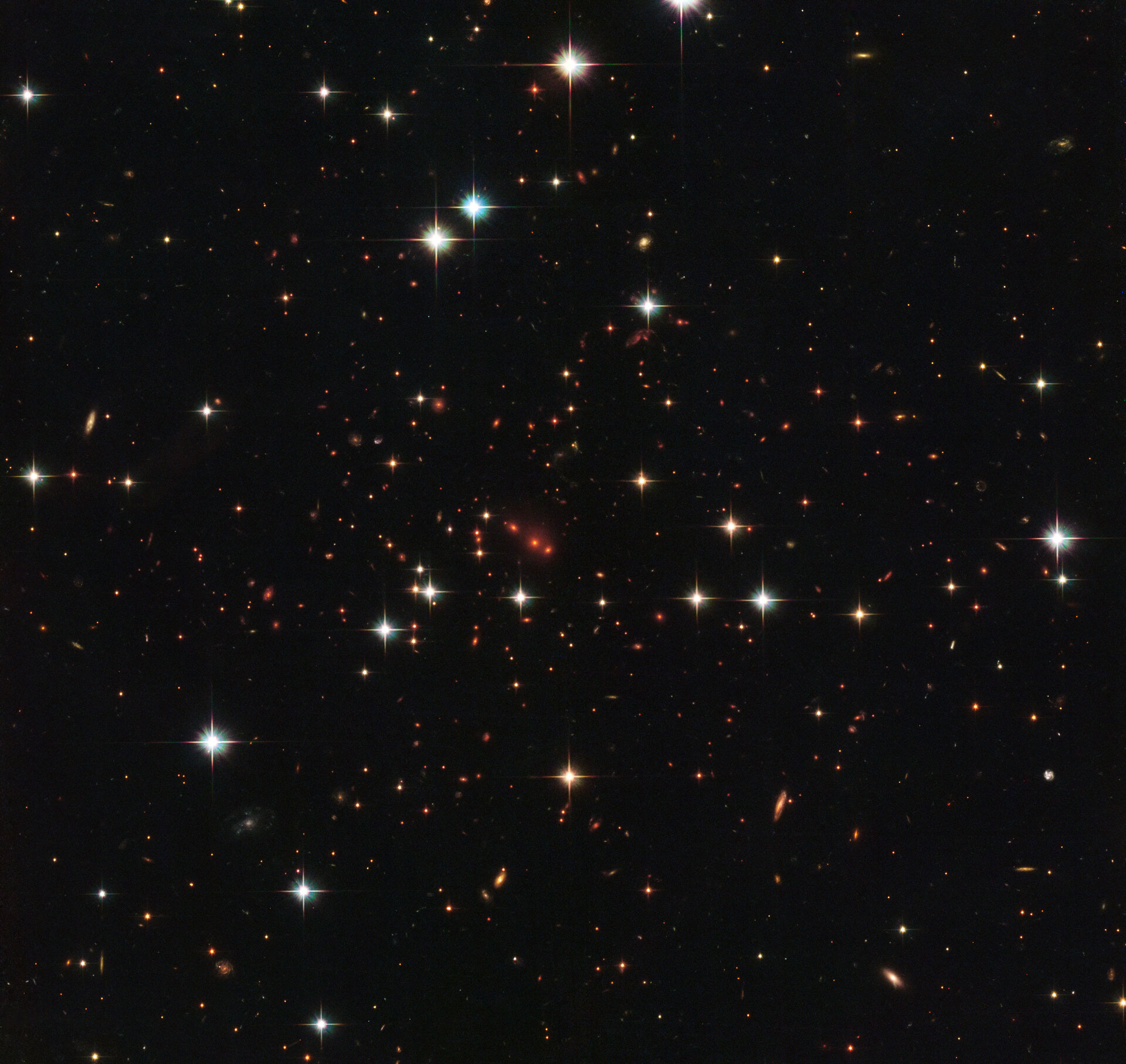 This intriguing image from the NASA/ESA Hubble Space Telescope shows a massive galaxy cluster called PSZ2 G138.61-10.84, about six billion light-years away. Galaxies are not randomly distributed in space, but rather aggregated in groups, clusters and superclusters. The latter span over hundreds of millions of light-years and contain billions of galaxies.

Our own galaxy, for example, is part of the Local Group, which in turn is part of the giant Laniakea Supercluster. It was thanks to Hubble that we were able to study massive galactic superstructures such as the Hercules-Corona Borealis Great Wall; a giant galaxy cluster that contains billions of galaxies and extends 10 billion light-years across — making it the biggest known structure in the Universe.