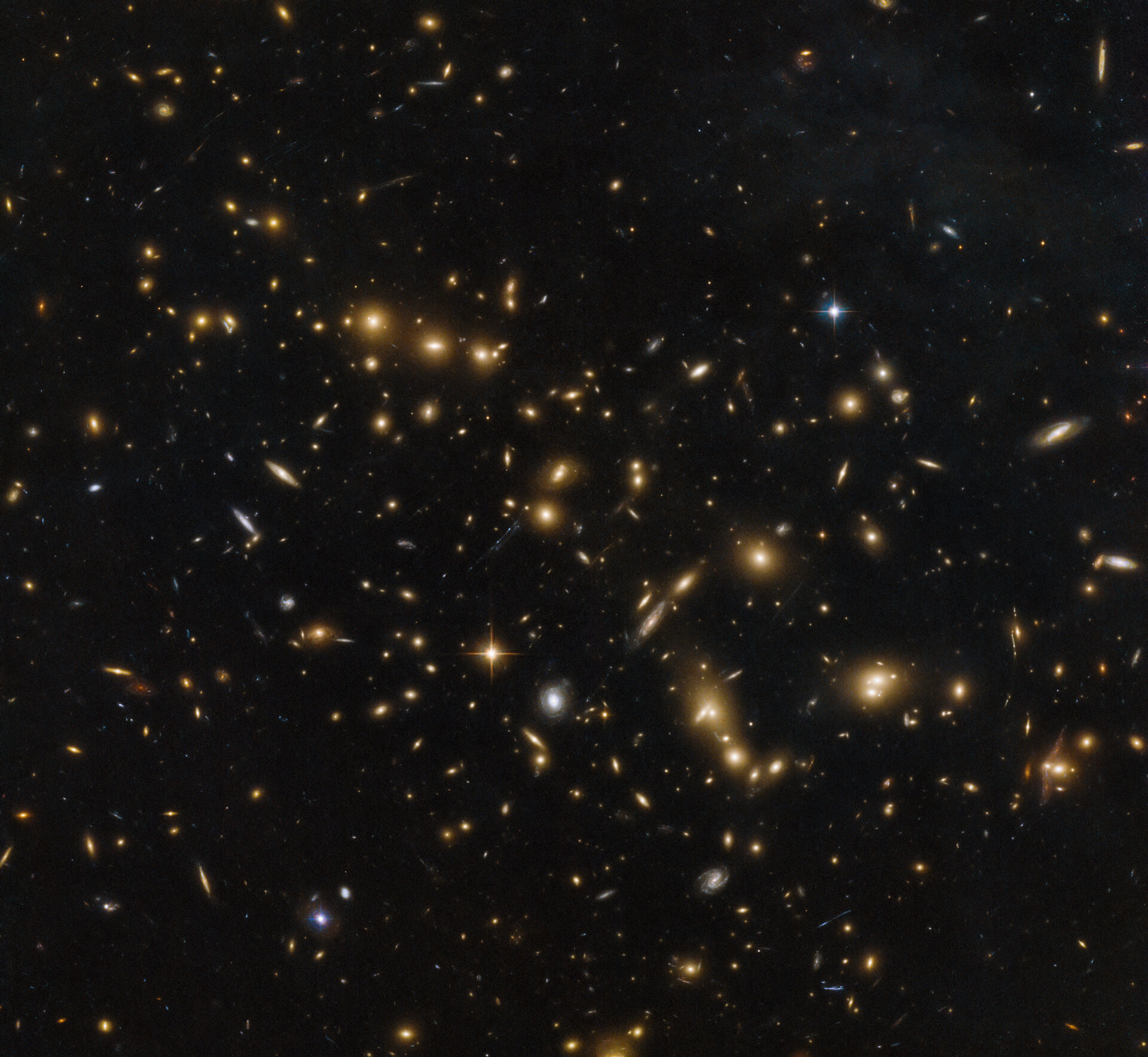 From toddlers to babies

In the darkness of the distant Universe, galaxies resemble glowing fireflies, flickering candles, charred embers floating up from a bonfire, light bulbs softly shining. This Picture of the Week, captured by the NASA/ESA Hubble Space Telescope, shows a massive group of galaxies bound together by gravity: a cluster named RXC J0032.1+1808.

Expected to launch in 2018, the JWST is designed to see in infrared wavelengths, which is exceedingly useful for observing distant objects. As a result of the expansion of the Universe, very distant objects are highly redshifted(their light is shifted towards the redder end of the spectrum) and so infrared telescopes are needed to study them. While Hubble currently has the ability to peer billions of years into the past to see “toddler” galaxies, the JWST will have the capability to study “baby” galaxies, the first galaxies that formed in the Universe.