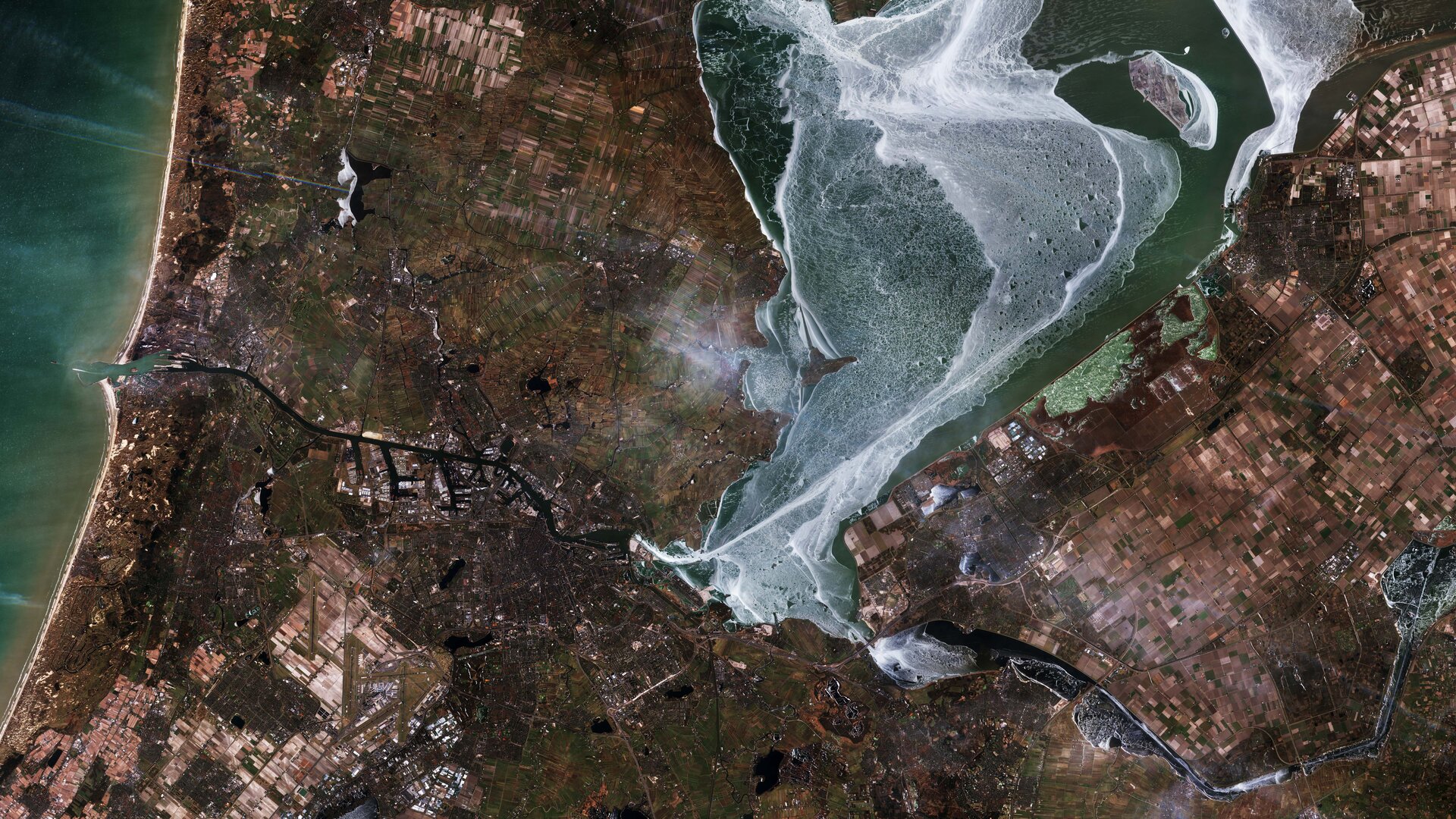 The Dutch are now starting to see their famous spring flowers poke through the winter soil, but a few weeks ago it was a different story as a cold snap took grip.

This Copernicus Sentinel-2 image from 2 March 2018 shows Amsterdam and the IJmeer and Markemeer freshwater lakes covered by a thin layer of ice. As famous as the Netherlands is for flowers, it’s arguably equally renowned for ice skating. While the cold snap caused havoc throughout much of Europe, the Dutch were busy dusting off their skates and eager to hit the ice. The ice on these big lakes was much too thin to skate on, but some canals in Amsterdam were closed to boats to give the ice a chance to thicken and skaters took what is now a relatively rare opportunity to enjoy a national pastime.

A possible consequence of climate change, the Netherlands doesn’t see the ice that it used to. The Royal Netherlands Meteorological Institute rates winters using an index: those scoring above 100 are considered cold. Between 1901 and 1980, there were seven winters above 200 – very cold. The last time the index exceeded the magical 100 mark was in 1997. In fact, this was also the last time the weather was cold enough for an ‘Elfstedentocht’: a 200 km skating race between 11 towns in the north of the country. In 2014, for the first time since measurements began, the index fell to zero.

While people enjoyed the ice below, this Sentinel-2 image, which is also featured on the Earth from Space video programme, allows us to view the beauty of this short-lived layer of ice from above.