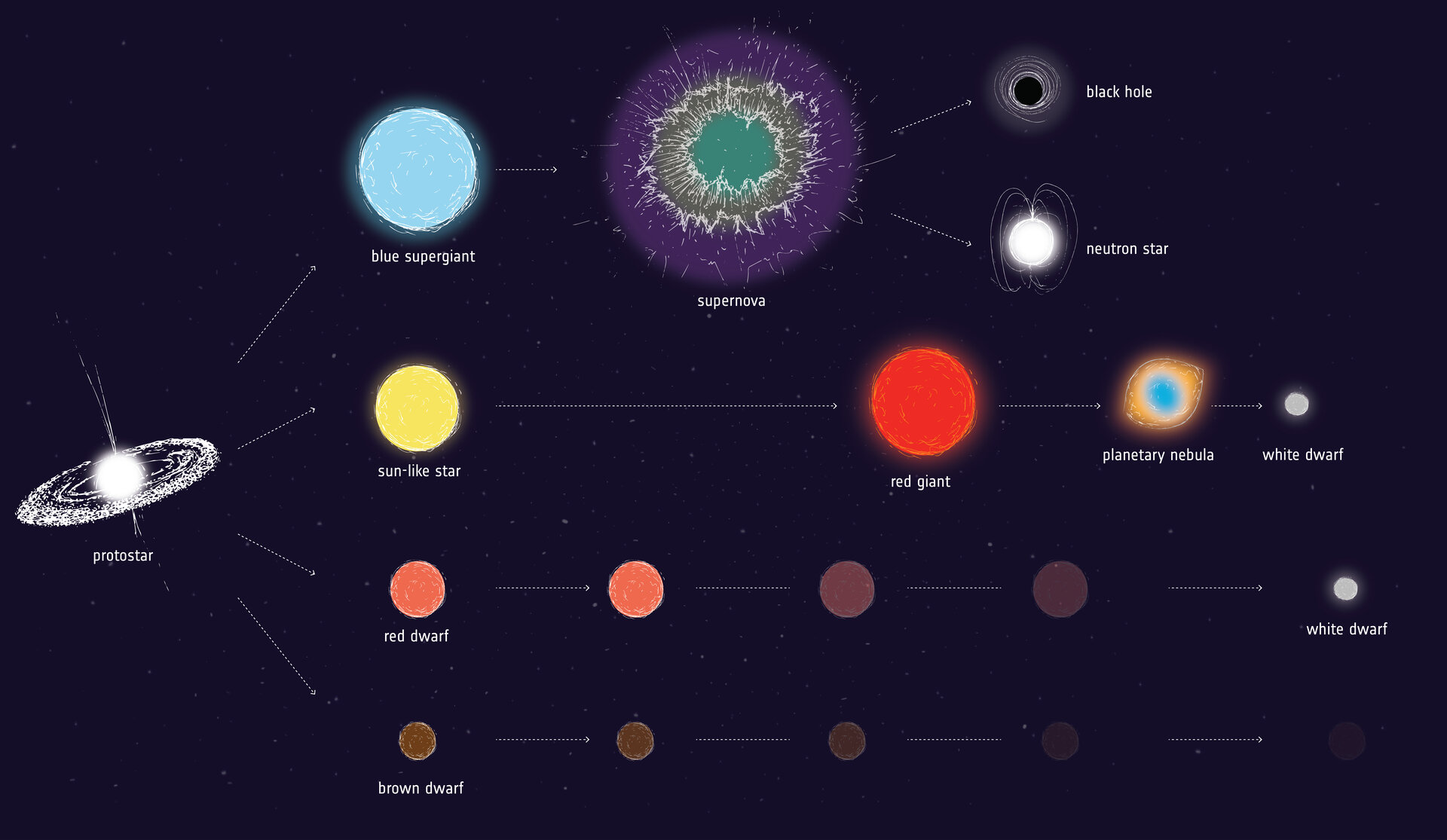 Artist impression of some possible evolutionary pathways for stars of different initial masses.

Some proto-stars, brown dwarfs, never actually get hot enough to ignite into fully-fledged stars, and simply cool off and fade away.

Red dwarfs, the most common type of star, keep burning until they have transformed all their hydrogen into helium, turning into a white dwarf.

Sun-like stars swell into red giants before puffing away their outer shells into colourful nebula while their cores collapse into a white dwarf.

The most massive stars collapse abruptly once they have burned through their fuel, triggering a supernova explosion or gamma-ray burst, and leaving behind a neutron star or black hole.