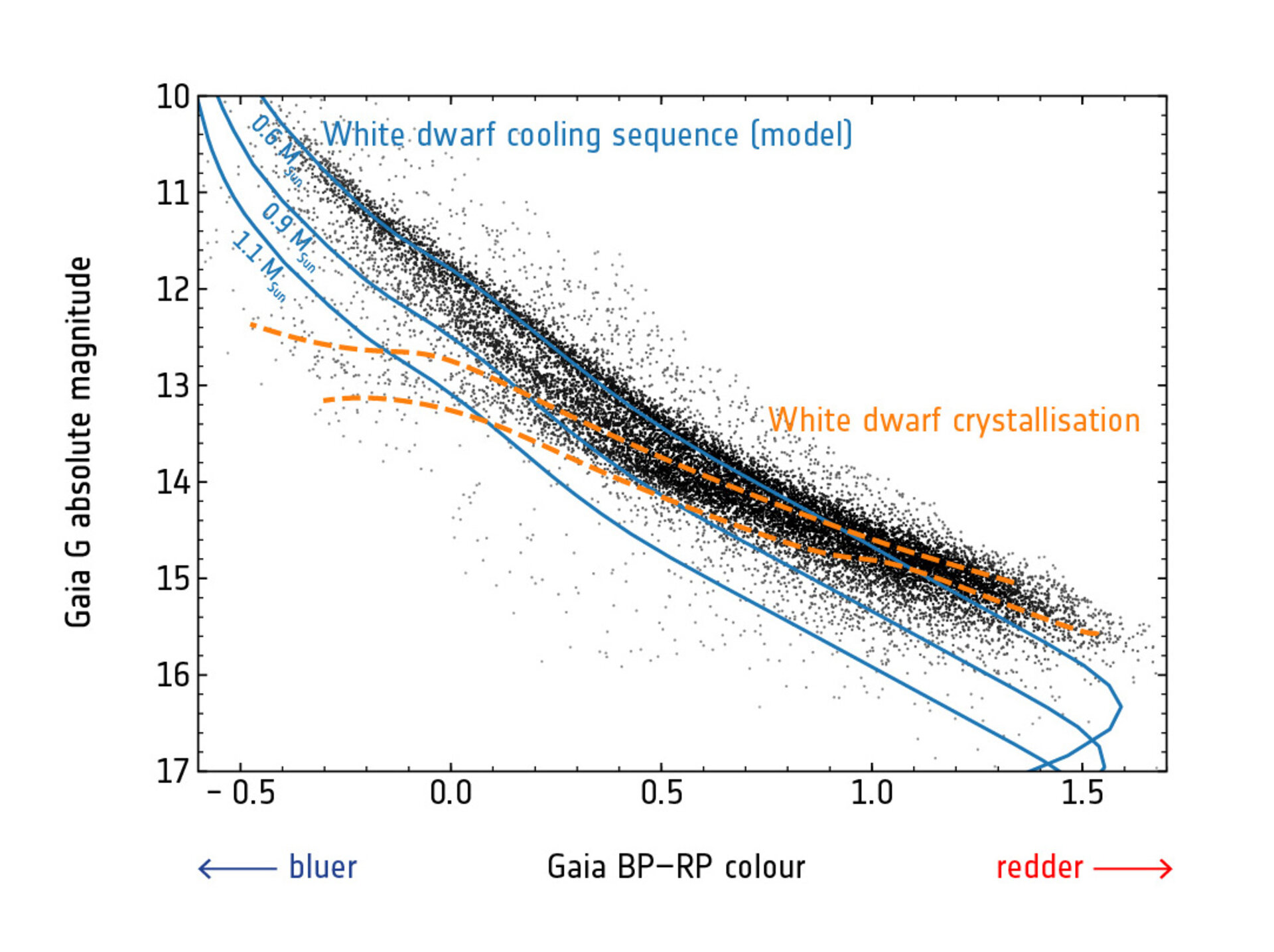 This diagram, known as Hertzsprung-Russell diagram (after the astronomers who devised it in the early 20th century to study stellar evolution) combines information about the brightness, colour and distance of more than 15 000 white dwarfs within 300 light years of Earth. The data, shown as black dots, are from the second release of ESA’s Gaia satellite.

White dwarfs are the remains of medium-sized stars similar to our Sun. Once these stars have burnt all the nuclear fuel in their core, they shed their outer layers, leaving behind a hot core that starts cooling down.

In the diagram, blue lines show the cooling sequence of white dwarfs with different masses – 0.6, 0.9, and 1.1 times the mass of the Sun, respectively – as predicted from theoretical models.

Analysing the Gaia data, scientists found a pile-up of white dwarfs of certain colours and luminosities (highlighted with orange lines) that were otherwise not linked together in terms of their evolution. They realised that this pile-up was not a distinct population of white dwarfs, but the effect of the cooling and crystallisation of the originally hot matter inside the star’s core.

This is the first evidence of crystallisation inside white dwarfs, a process that has been predicted in 1968.