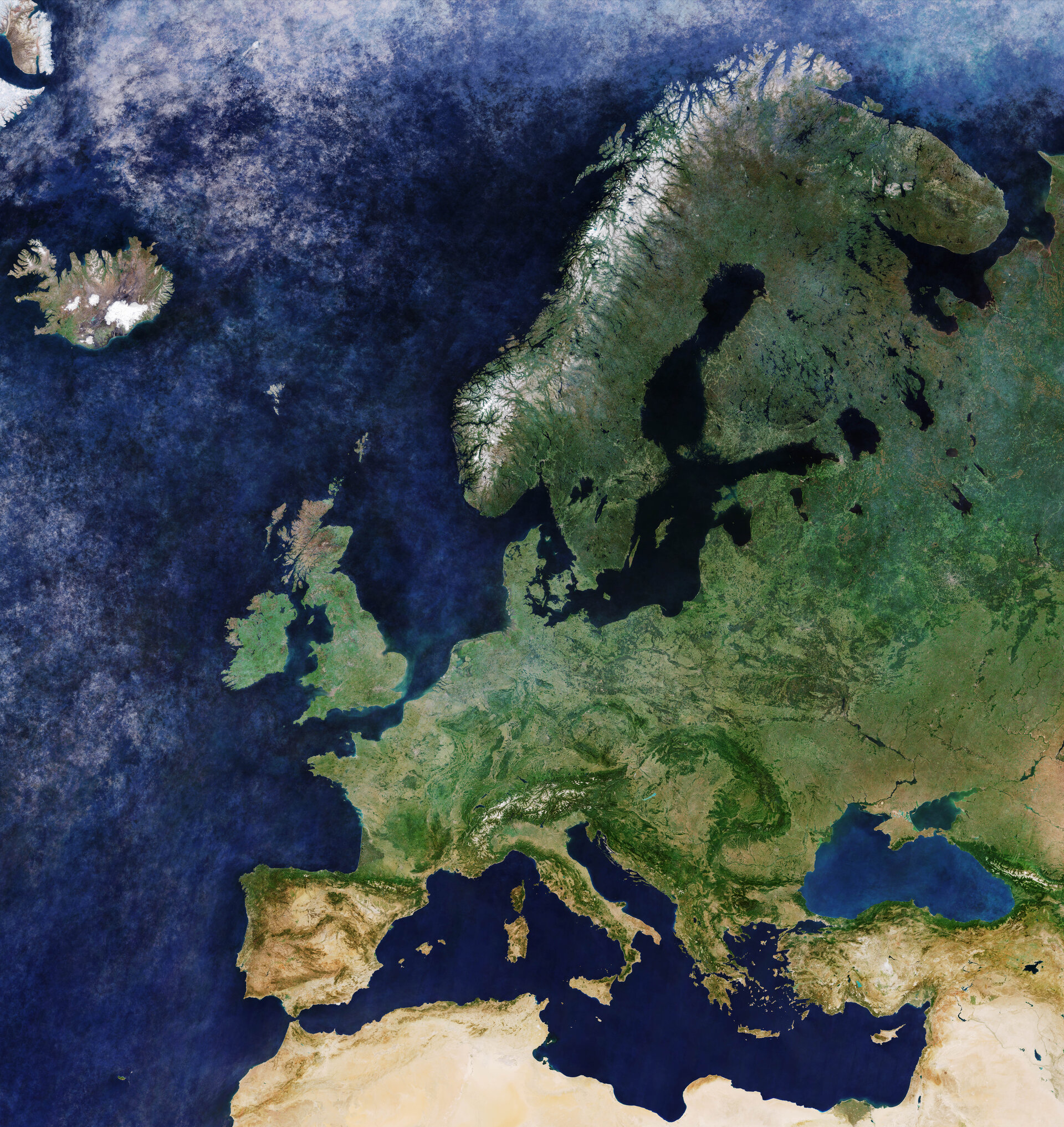 This mosaic of cloud-free images from the Copernicus Sentinel-3A satellite spans the entire continent of Europe, and more. The view stretches from Iceland in the northwest across to Scandinavia and Russia in the northeast, and from the northern tips of Norway and Finland to as far south as Algeria, Libya and Egypt.

This week, aerospace fans have had their eyes firmly set on the ILA Berlin Air Show in Germany. Berlin lies in the centre of the image. Here, participants have been learning about new space technologies as well as being treated to latest results from satellite missions such as ESA’s Gaia, which has been used to chart the position, brightness and motion of more than a billion stars. With the second Sentinel-3 satellite, Sentinel-3B, lifting off from Russia this week, the focus has also been this latest Copernicus mission.

Over land, this innovative mission is being used to map the way land is used, provide indices of vegetation, monitor wildfires and measure the height of rivers and lakes. Over oceans it measures the temperature, colour and height of the sea surface as well as the thickness of sea ice.

The image, which is made up of scenes captured between 1 March 2017 and 30 July 2017, is also featured on the Earth from Space video programme.