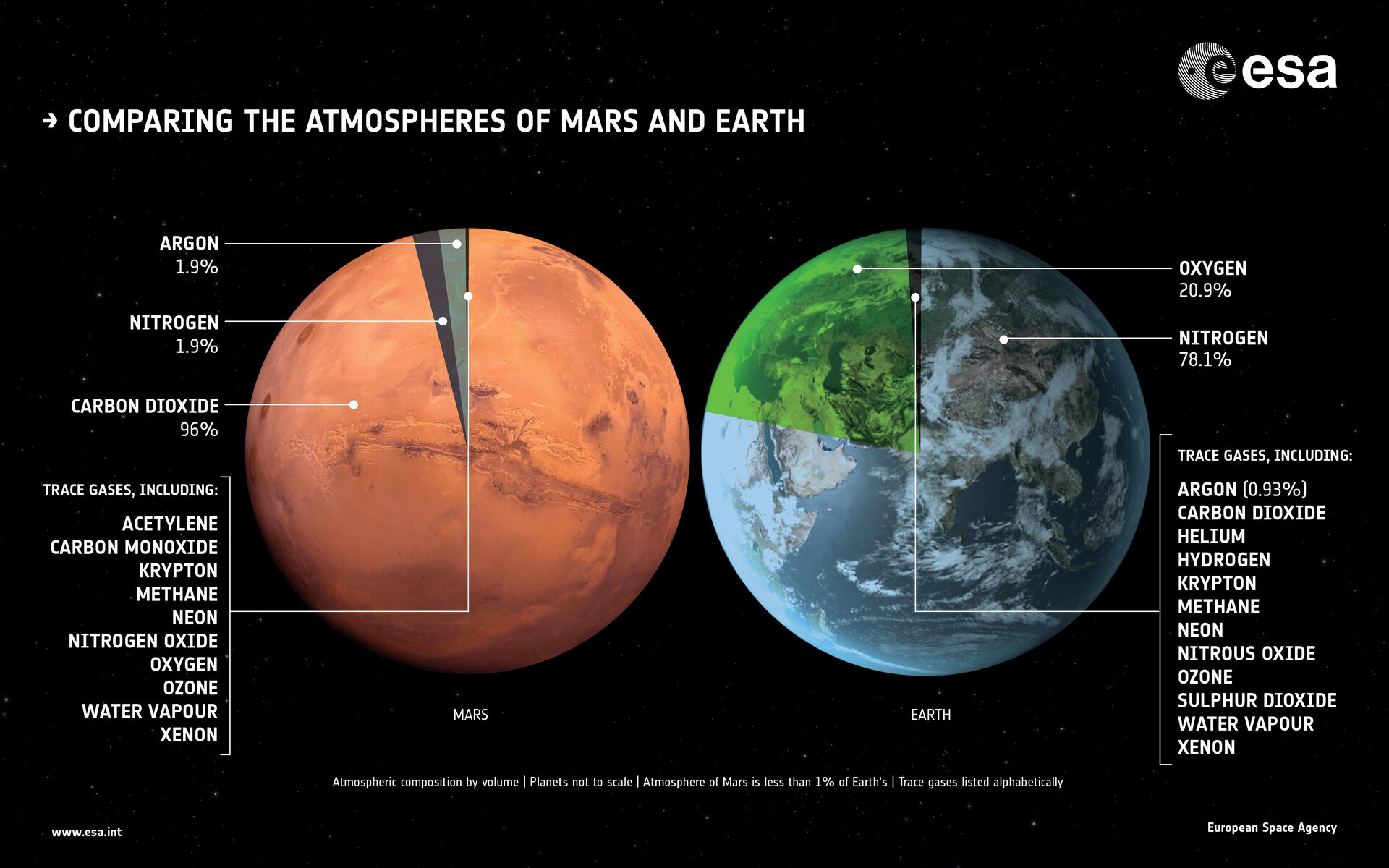 Comparing the atmospheres of Mars and Earth

Mars is about half the size of Earth by diameter and has a much thinner atmosphere, with an atmospheric volume less than 1% of Earth’s. The atmospheric composition is also significantly different: primarily carbon dioxide-based, while Earth’s is rich in nitrogen and oxygen. The atmosphere has evolved: evidence on the surface suggest that Mars was once much warmer and wetter.

Understanding if life could have ever existed in such conditions is one of the hot topics of Mars exploration, and for the ESA–Roscosmos ExoMars mission. The ExoMars Trace Gas Orbiter is capable of sniffing out the composition of the planet’s trace gases  – which make up less than 1% by volume of a planet’s atmosphere – in minute amounts. Although making up a very small amount of the overall atmospheric inventory, methane in particular holds key clues to the planet’s current state of activity.

On Earth, living organisms release much of the planet’s methane. It is also the main component of naturally occurring hydrocarbon gas reservoirs, and a contribution is also provided by volcanic and hydrothermal activity. Because of the key role natural biology plays in Earth’s methane production, confirming the existence of methane on Mars, and distinguishing between its potential sources, is a top priority of the ExoMars Trace Gas Orbiter.

The planets in this graphic are not to scale. Mars atmospheric values are as measured by NASA’s Curiosity rover.