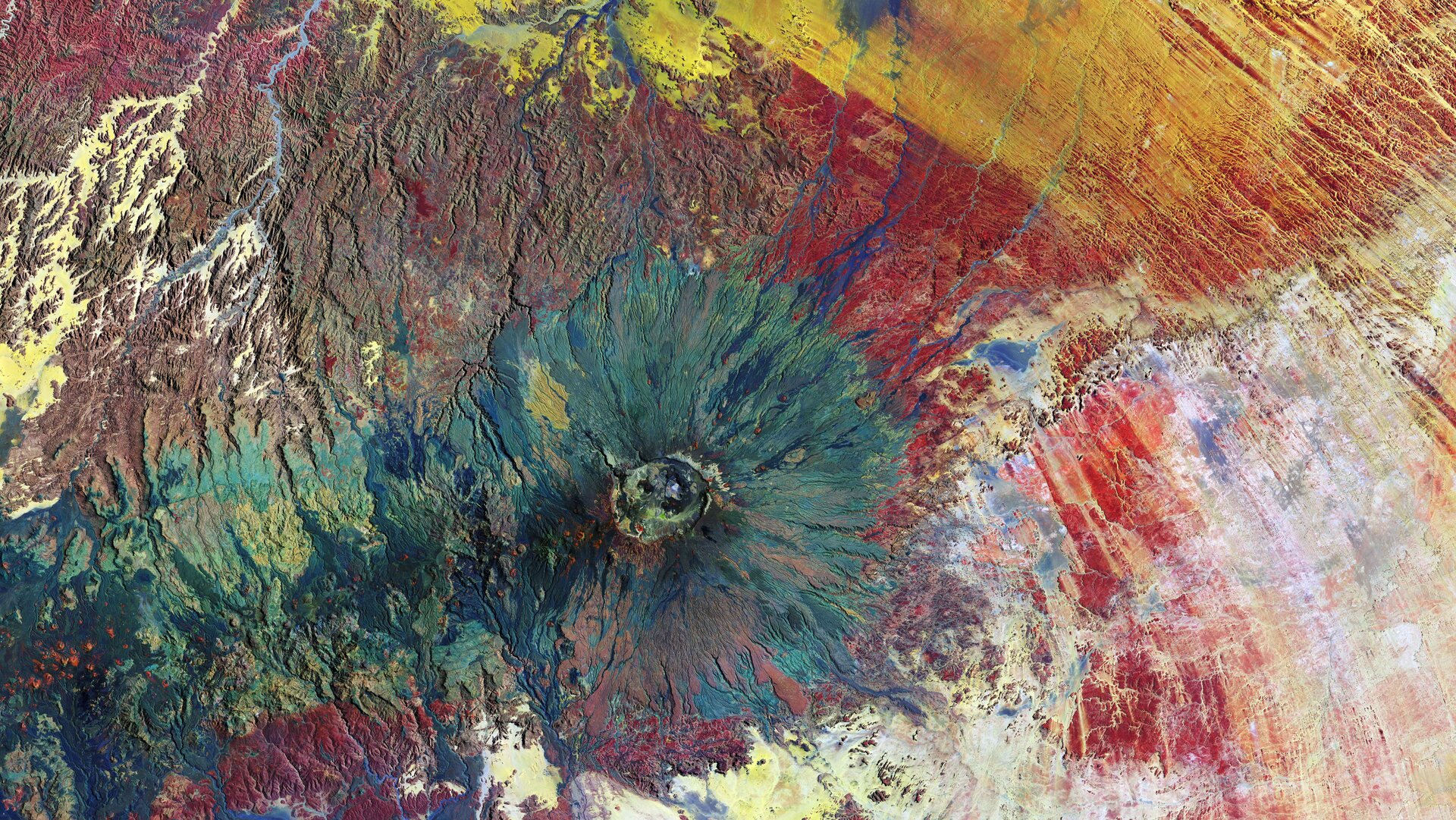 Reminiscent of an artist’s pallet, this is the Emi Koussi volcano in northern Chad, imaged by the Copernicus Sentinel-2B satellite.

Emi Koussi lies at the southeast end of the Tibesti Mountains. At almost 3500 m, this pyroclastic shield volcano rises high above the surrounding sandstone plains. It is not only the highest mountain in Chad, but also the highest in the Sahara. Calderas, or depressions, can be seen nestling in the cap of the volcano. These are a result of magma erupting quickly and the surface collapsing into the partially emptied magma chamber.  Emi Koussi is extinct and it is not known when it last erupted.

The lack of vegetation allows wind and water to carve long grooves in the rock. These grooves can be 30 metres deep and several kilometres long.

The Copernicus Sentinel-2 satellites carry innovative high-resolution multispectral cameras with 13 spectral bands. Processing the image here reveals differences in the minerals of the rock. For example, the green around the cone of the volcano is old lava, while sandstone in the surrounding area appear in reds and yellows.

This image, which was captured on 27 November 2017, is also featured on the Earth from Space video programme.