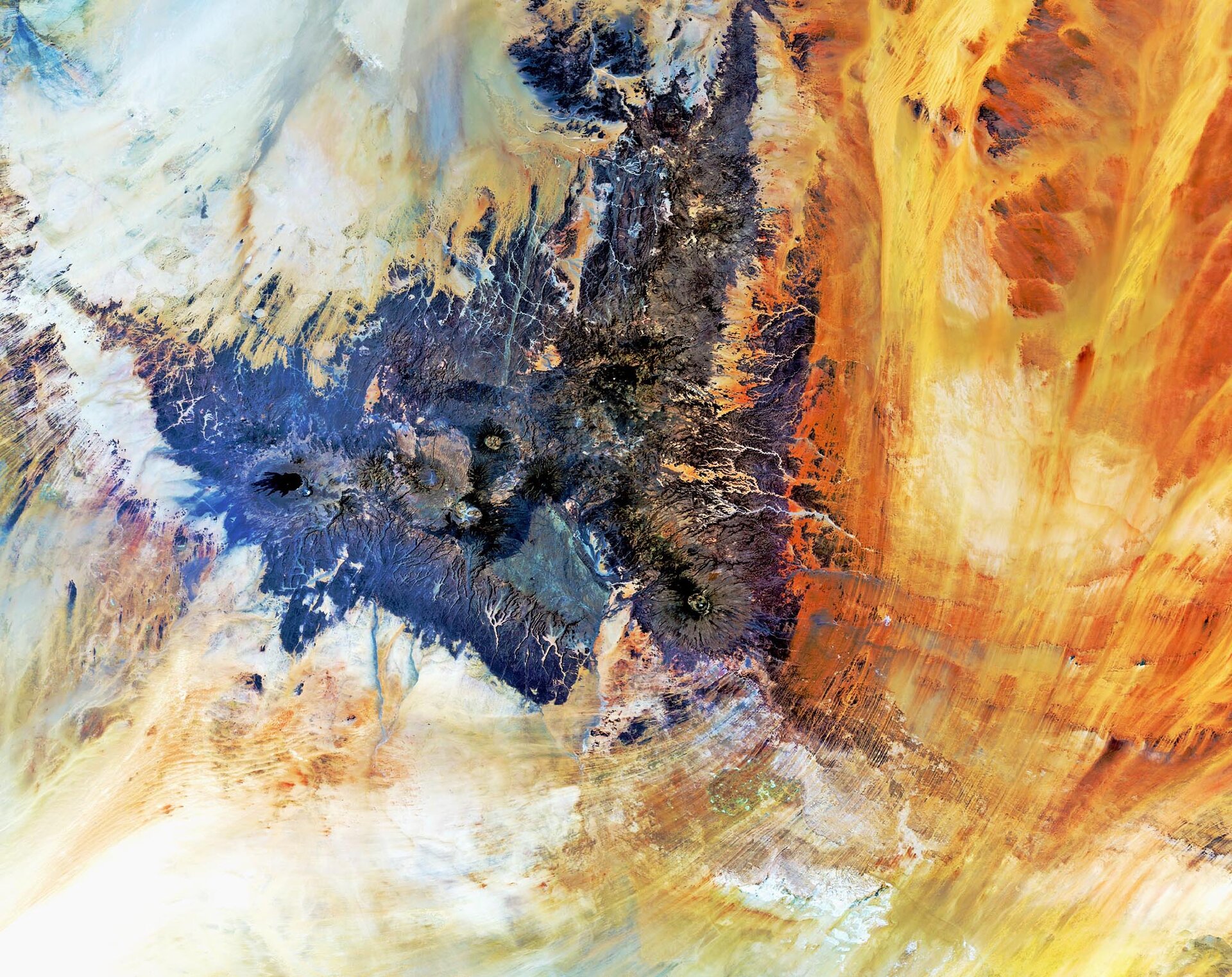 The Tibesti Mountains, located mostly in Chad with the northern slopes extending into Libya, are captured in this Envisat image.

This range of inactive – with some potentially active – volcanoes in the central Sahara desert covers about 100 000 sq km. Home to the Toubou people today, the region is known for its ancient cave paintings, mostly dating from the fifth to the third millennium BC.

The isolated area with little vegetation is known as the 'mountains of hunger' because they can feed few people. Some plant life does exist, supporting populations of gazelle, Barbary sheep and cheetah.

The mountains’ highest peak is Emi Koussi – pictured here as a circular structure in the lower-right portion of the dark area. Standing over 3400 m high, it is the tallest mountain in Chad and in the Sahara.

The westernmost volcano is Toussidé. Our satellite view shows the dark peak with lava flows extending to the left. The white depression to the southeast gets its colour from the accumulation of carbonate salts, creating a soda lake.

There are a number of hot springs and geysers throughout the mountain range. Local people use the hot and warm springs for medical purposes.

Surrounding the Tibesti Mountains, the sands of the Sahara appear like orange, yellow and white brushstrokes.

This image was acquired on 4 March by Envisat’s MERIS instrument.