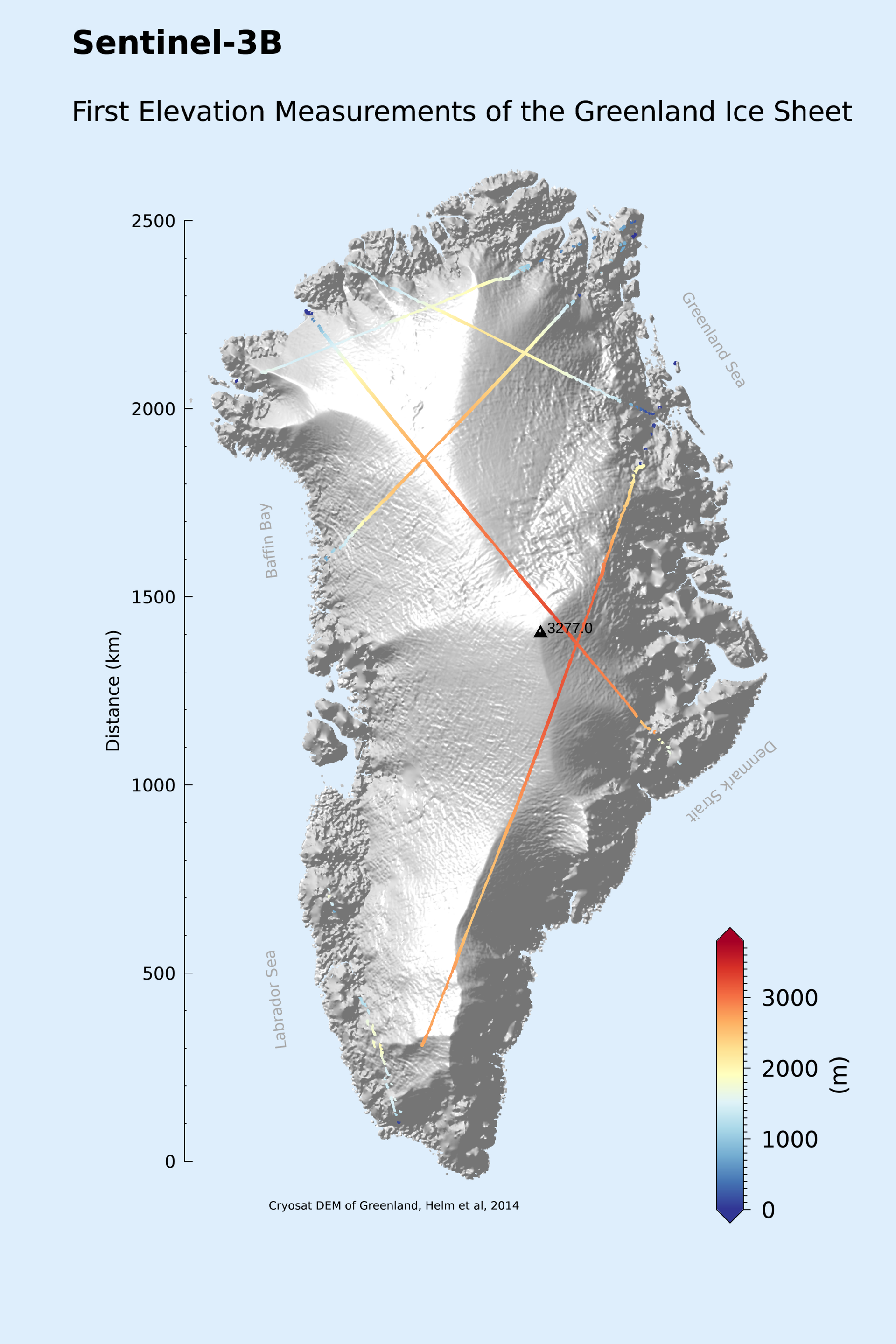 Launched on 25 April 2018, the Sentinel-3B satellite has already delivered impressive first images from its ocean and land colour instrument and from its radiometer. It has now also delivered data from its altimeter – which means that all of the instruments are working well.

First data from the altimeter included the height of Lake Van in east Turkey and these tracks over Greenland showing the height of the ice sheet. The Sentinel-3B data overlay a digital elevation model from ESA’s CryoSat mission – and the data compare well. The altimeter is particularly important for measuring changes in sea level, but as this example shows, it is also used to measure the height of ice, which is used to assess the ice sheet's overall mass balance.

The Sentinel-3B satellite lifted off from Russia on 25 April and joins it identical twin, Sentinel-3A, in orbit. This pairing of satellites increases coverage and data delivery for the European Union’s Copernicus environment programme. Both Sentinel-3 satellites carry the same suite of instruments.